3D Dot Game Heroes offers Zelda style gameplay and mixes it with blocky pixelated graphics for your PlayStation 3. The game was released in 2009 by Silicon Studio and has become a very popular action adventure game for console platforms. 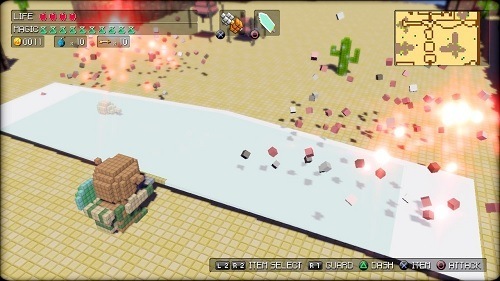 3D Dot Game Heroes follows the story of a hero in the Dotnia Kingdom that has recently been plunged into darkness because of a dark plague. Legend has it that this same event happened centuries ago until a brave hero used the power of several orbs to seal away the evil leader forever (or so they thought).

Of course it’s just your luck that you happen to be the descendant of that powerful hero and it is your task to repeat the acts of your grandfather and save the kingdom from darkness once again. While the storyline definitely isn’t anything unique in terms of the genre it provides a great backdrop to the adventure on offer in 3D Dot Game Heroes.

Loading up the game you will instantly get that Zelda feel and this continues as you advance your adventure further. In 3D Dot Game Heroes you explore vast dungeons, take on enemies, collect loot and solve various puzzles to advance the story. This story advancement also leads to additional weapon unlocks including the boomerang which gives you a nice ranged weapon to use. 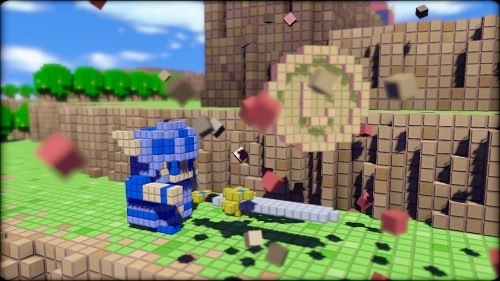 One of the best features in the game is the customisable sword options that allow you to alter your main weapon by increasing its width and length or giving it magical properties. This customisation also allows players to create their own 3d pixelated character at the start of the game to either represent themselves or some other strange shape.

If you want a tightly polished Zelda inspired experience for your console then 3D Dot Game Heroes is it, the pixelated graphics add uniqueness to the game and there is nothing more satisfying than watching enemies exploding into pixel pieces.

Games Finder is a Steam Curator and featured in the aggregate review scores data of MobyGames and Neoseeker.
FEATURED ON
Games Like Zelda
1 COMMENTS
LEAVE A REPLY Cancel Reply