American Conquest is a real time strategy game set in history. The game will take players from the 15th to early 18th century as they fight on the American continent and for its colonisation. 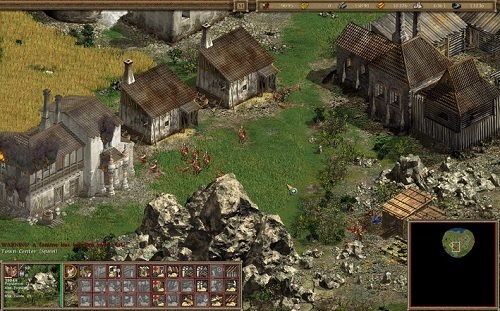 American Conquest was released in 2003 and has two additional expansion packs (Fight Back and Divided Nation) that boosts the available unit count and nations even further for those that want more variety.

The game is your standard real time strategy experience and is very similar to Cossacks: European Wars which was produced by the same development company (GSC Game World). Players will need to build up a thriving base which will control all of their economic and military decisions going forward.

Unique to American Conquest is the way in which you build up an army with every unit being created from your peasant workforce. This requires you to carefully balance your peasant team between gathering resources and advancing into military units.

All of these military units reflect the time period and have a good amount of strategy to them. Warfare also includes a morale system that players will need to manage with generals and other leader units to keep their troops in line and from fleeing the battlefield.

The game is split into several scenarios like most games in the genre each with their own win conditions and starting setup that players will need to adapt to. Campaigns will let players follow the Fresh, English and Spanish conquests over American territory with an additional campaign following the Native Americans and their struggle against invaders. It’s a well written campaign that makes for a great history lesson and enjoyable gameplay. 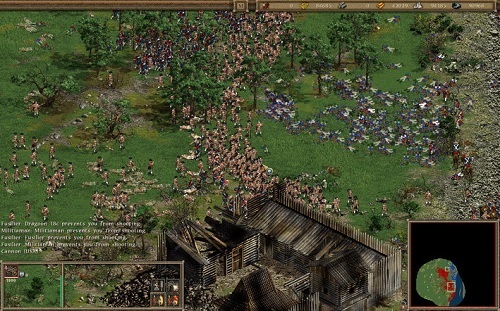 All the usual multiplayer and skirmish opportunities are also there in American Conquest for those that prefer to battle their friends or several AI opponents.

For real time strategy fans that prefer games with historical elements and realistic warfare American Conquest is one of the better options in the genre.

Games Finder is a Steam Curator and featured in the aggregate review scores data of MobyGames and Neoseeker.
FEATURED ON
Games Like Age of Empires, Games Like Command and Conquer, Games Like Company of Heroes, Games Like Empire Earth, Games Like Supreme Commander
LEAVE A REPLY Cancel Reply