Learn more about the Battle Chef Brigade playable characters with our guide on the history, skills and playstyles of the three available characters. In addition to the three discussed here a fourth character for Battle Chef Brigade was planned to be Cezar the dwarf chef (who you battle in the main campaign. While little is known about the plan the stretch goal information on Kickstarter suggests he would have dug for minerals and been able to turn himself into a rampaging boulder.

Battle Chef Brigade offers a uniquely fun mixture of puzzle, strategy and action with a game that sees you playing through a campaign of cook offs against other chefs using monsters as your key ingredient. Born from a Kickstarter campaign Battle Chef Brigade has an overwhelmingly positive score on the Steam platform reflecting how loved this game is by the community. 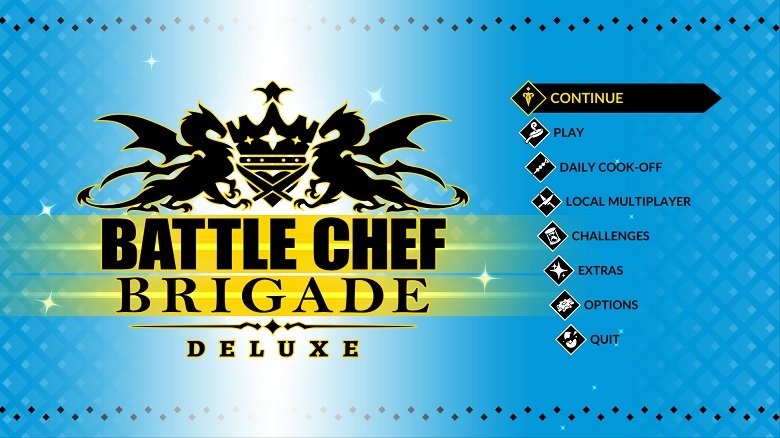 Having finished the game across both normal and hard difficulties with dozens of hours invested into this cooking adventure across the campaign, daily cook-off and challenge modes of survival, free play, restaurant rush and break the dishes. Read on to learn more about the story, abilities and my recommended strategy for the playable characters of Battle Chef Brigade throughout the campaign and the additional game modes

Mina is the main character of Battle Chef Brigade and the one you’ll control for the majority of the game campaign mode with her being central to the story. Like many others in the story Mina is a human chef with her eyes on becoming the best chef in the land given her adventurous nature. 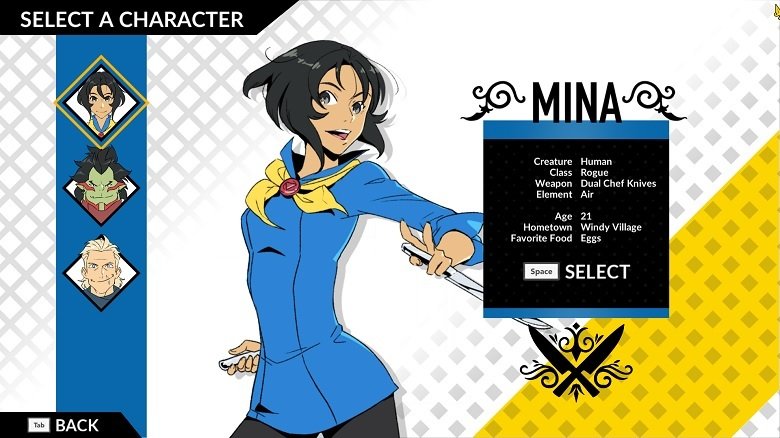 Mina’s abilities are reflective of this sense of adventure as she wields fast swiping daggers and the elements of wind to be a quick and agile character. Without any modifiers Mina has base statistics of 6 HP and 5 MP.

While your main attack swings these daggers swiftly in front of Mina she also has one of the best ability kits of all the Battle Chef Brigade playable characters and likely reflective of the fact she was the original battle chef. These abilities include: 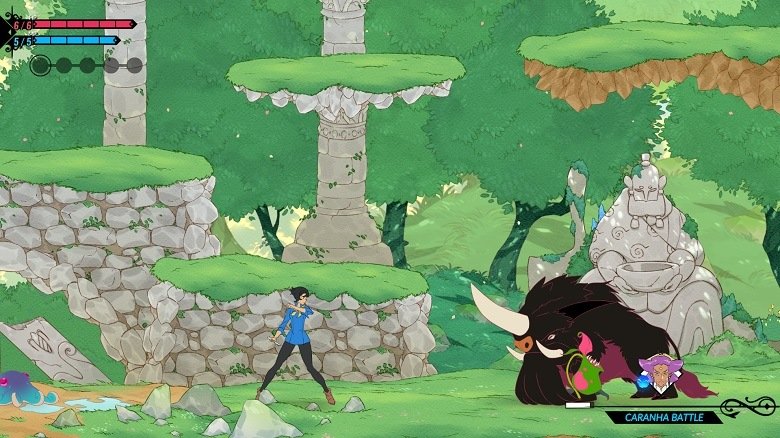 For strategy when using Mina players will want to take advantage of her fast focused abilities to move through the map quickly and quickly grow a stockpile of ingredients to use. This speed also makes Mina adept at acquiring higher tier materials in the depths of a map that can be used to great effective to improve your cooking potential. In terms of attacks spamming basic attacks, feint and your dagger throw are generally the fastest killing methods which means Mina can often go without attack modifying items and focus instead on utility or mana boosting items instead.

Mina is not a durable playable character in Battle Chef Brigade though and so players will want to regularly be dodging with her available dash as you move through the map. This is free to cast so should be your default movement method

Thrash is the second playable character of Battle Chef Brigade and is an orc chef referred to as the benevolent berserker which also ties into one of his abilities. Taking over for Mina in the later chapters players will use Thrash for a number of battles while also learning more about his background as a husband, father and his role in his fiery matriarchal tribe. 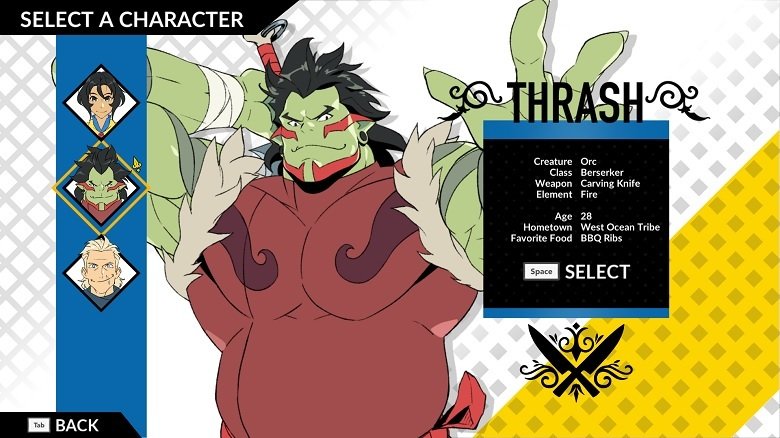 Thrash has a focus on close range abilities with him wielding a large sword with his empowering orc strength to deliver deadly attacks. Thrash is significantly slower than Mina although does come with more health to compensate and because of this many players struggle to adjust between the change in playstyle when swapping between the two during the campaign.

Without any modifiers Thrash has base statistics of 7 HP and 4 MP. Thrash’s basic attack swings his large sword on monsters and can be enhanced through the Searing Blade item with fire damage and Wrecking Ball that increases damage when enemies are knocked into each other. Thrash’s abilities are: 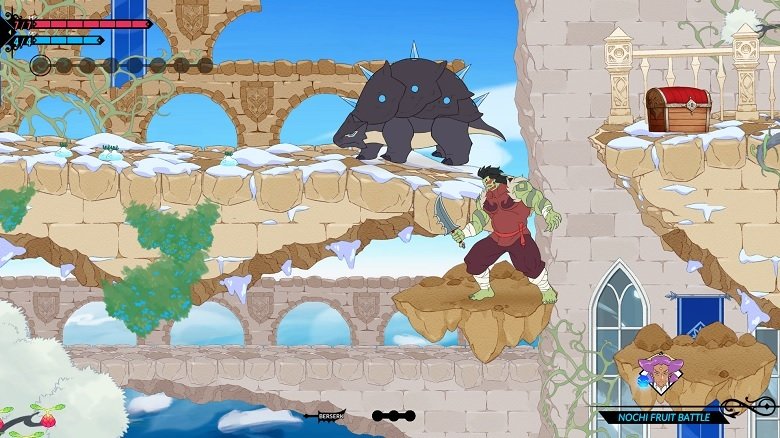 Thrash strategy is significantly more difficult than Mina although when done correctly is arguably the most effective character at combat. Focusing heavily on his Berserk skill is your first step to mastering Thrash which means a good understanding of ingredients you need and the ones you don’t for consumption. This strategy does rely heavily on the correct combat items though to maximise your duration.

If you don’t have access to all the necessary items or want an alternative strategy in combat using Thrash’s surprisingly powerful abilities to knock enemies around and counter attack them is your best bet. With the large health pool of Thrash you should never be afraid to attack the larger enemies head on for the higher tier ingredients on the map.

Introduced in the Battle Chef Brigade Deluxe release around a year after the original game release Ziggy expanded the available playable character list. While Ziggy does make an appearance in the core campaign he is only playable in additional game modes. Ziggy’s release was tied to the Kickstarter campaign stretch goal that was reached.

Ziggy is an undead chef with necromancer style abilities that allows him to summon ghouls with a mysterious background that is not explored in the campaign despite the assistance he provides to Mina. 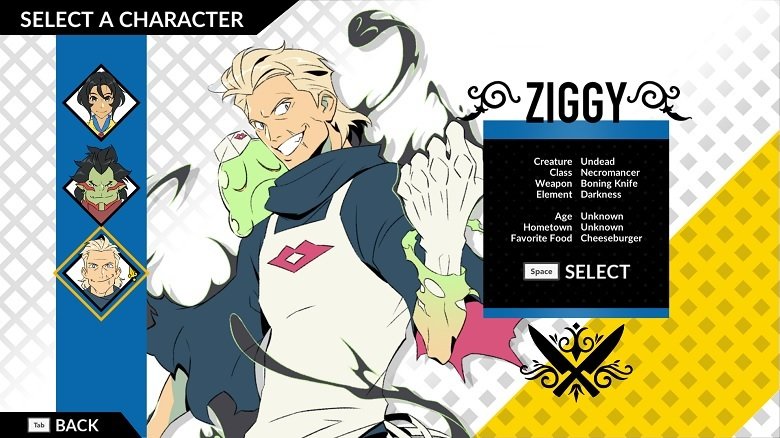 Ziggy has a unique playstyle in comparison to the other playable characters of Battle Chef Brigade with summoning based attacks that rely on three different summoned undead monsters to help him in ingredient hunting combat and each have separate life pools. Ziggy relies heavily on these being extremely weak otherwise although does have an insane amount of agility to compensate.

Ziggy’s basic attack has him kicking at enemies along with the standard attack up attack of all the other characters that can be used to ascend quickly. Without any modifiers Ziggy has base statistics of 5 HP and 6 MP. His abilities are: 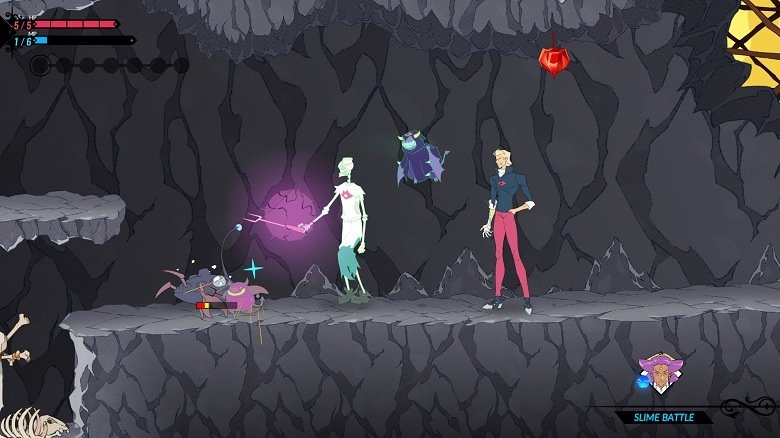 Ziggy has a difficult strategy with the best results generally being a focus on 1 or 2 of his summons as Skelly and Stabby in particular need a combat item to work at sufficient effectiveness for good kill speed. Always using Shooty as one of these summons is key as he is the most versatile summon available. Combing this with your preference of Skelly or Stabby, their applicable combat item and a mana item is your best loadout option.

Sam has invested dozens of hours into Battle Chef Brigade and loves the mixture of puzzle, strategy and combat that the campaign and challenge modes have to offer. His favourite playable character is Mina for her agile nature and dodge that allows her to quickly acquire ingredients from monsters.