Use these best Escape From Tarkov maps for loot and Scav runs to build your stash of Roubles while funding your other Tarkov raids. Having a consistent source of Roubles is vital in Tarkov regardless of your experience and PMC level while also providing a fantastic solution for overcoming the dreaded “gear fear” as new equipment is only a loot run away. Below you’ll find 3 variants of loot runs (also known as money runs) for each of the 3 selected maps along with useful external links to YouTube content creators that show them in action. With over 600 raids in my first Tarkov wipe I was able to reach a peak stash value of over 85 million, Kappa container and a fully upgraded hideout (stats at end of this page) including level 4 stash as a non Edge of Darkness edition player. All of this was from using these tactics which adds up to well over 100 million in earned Roubles on top of the vast Dollars and Euros required not to mention all the gear I lost to dying along the way.

By learning the three best Tarkov map for Scav runs and loot spots below your time in Escape From Tarkov will be dramatically less stressful and give you the opportunity to try some of the top tier equipment. If you’re an entirely new player though you may find my best maps for Tarkov beginners or practicing the below in offline mode more appropriate to do first as this guide assumes an intermediate level of map and game knowledge. While having Tarkov friends to team up with for these loot runs is useful it is by no means a requirement with all of these possible to do as a solo player. For the purposes of this Tarkov guide I’ve opted to exclude Labs as it takes significant time and Rouble investment to get the best results and thus not applicable to most players seeking the best consistent Tarkov loot runs. Don’t forget that by increasing your Fence reputation level you can reduce your Scav timer to allow you to use the Scav mechanic more often. Note that as of patch 12.12 (December 2021) Lighthouse can also be a viable alternative to the below for the intermediate player due to the high loot density on this map that ensures you’ll always walk out some loot although its likely to be highly popular for some time that works against me recommending it here and only makes the 3 maps below easier to loot run on. A decent option for loot and Scav runs (although not the best overall) is Shoreline putting it at number three on my best Tarkov loot map recommendations. What makes Shoreline fantastic for loot spots at all stages of the Tarkov cycle is that it offers good loot with low risk all the way up to high tier loot with equivalent risk and I’d argue some of the best risk versus potential reward of all maps featured here.

This balance allows you to tailor your Shoreline experience to your available equipment, PvP ability and keys which are discussed separately below. 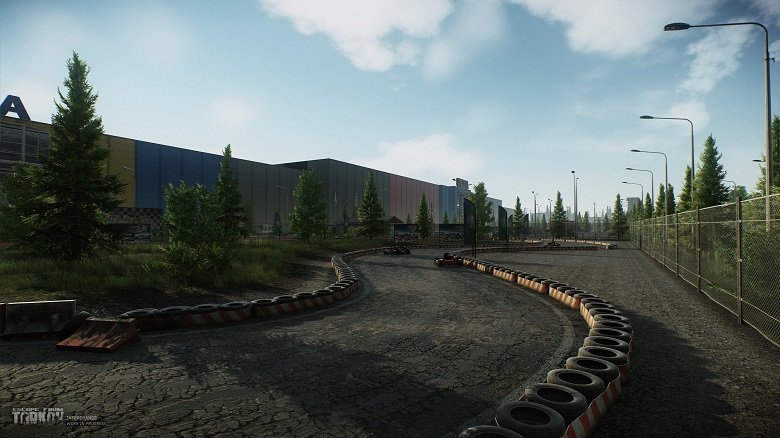 A common recommendation for both PMC and Scav loot runs is Interchange and my guide is no exception. With a whole shopping centre of loot ahead of you, the prevalence of hideout upgrade items and general tech loot Interchange can easily produce millions of Roubles over a few raids. The complexity of the map is your greatest enemy though both in terms of learning the map, spawns and having multiple angles for enemies to attack you from that makes solo runs extremely deadly even with a headset to hear your enemies.

Despite this those that take the time to learn Interchange well, run it consistently and capitalise on good spawns will be handsomely rewarded. While this is more difficult as a Scav due to later raid spawns you can still capitalise on leftovers from fights and some of the second tier store areas with some luck that makes it still one of the best map for Scav runs.

The holy grail and best map for loot in Tarkov is the army themed Reserve and is simply packed with loot. With attractive spawns for medical items, folder with intelligence, paracords, weapons, tank items, grenades and a wealth of attachments Reserve is a gold mine waiting to be farmed. There is also the opportunity for two Marked Rooms that have some of the best loot in Escape From Tarkov with close spawns near both of them that can be maximised when you get them as a PMC. If that wasn’t enough the potential to spawn Raiders and the Scav boss Glukhar that comes with up to 6 decked out Raiders to fight and loot.

The trade off though is that Reserve is deadly on extracts that can make it difficult but rewarding to take out your hard fought loot, it is no secret this is the best loot map in Tarkov. With a few adjustments though and leveraging your Scav when available due to the easier extracts you can start turning a consistent profit on Reserve and slowly make your way up the loot tree. With some practice it can quickly become the best place to Scav run in Tarkov and why it is one you’ll consistently see player Scavs on as they find it the best Tarkov map to make money.

While earning Escape From Tarkov loot can be an uphill battle having a consistent, memorised and profitable run will help you overcome the gear fear of bringing items into Raid. While some are slightly more profitable than others I’d suggest you pick the best Tarkov map for loot spots for your playstyle as you’ll enjoy it more while turning a profit. For me I valued having a reliable run on each of these maps as I value diversity but this did come at the cost of being able to perfectly optimise individual maps had I focused on just one.

What is the best Tarkov map for loot and Scav runs in your opinion? Be it the best map to make money in Tarkov or one that you survive consistently that results in larger profit over the long run.