Tasks (or quests) in Escape From Tarkov are at the heart of the gameplay loop and provide some of the best rewards for those that complete them. From unlocking purchases at traders, injections of cash or experience and special cases to manage your inventory completing tasks efficiently can quickly fill rewarding and open up more of the Tarkov world to you.

With this guide which details the best Tarkov task rewards you’ll be able to carefully manoeuvre to the quests with the best returns while deprioritising other trader tasks. With nearly 700 raids in my first Tarkov wipe and multiple wipes in Escape From Tarkov since (full stats for one wipe at the bottom of the page) the task cycle is one I’ve completed many times over.

Types of Tasks and Quests in Tarkov

Before stepping into the best Tarkov tasks rewards it’s worth visiting and understanding the types of Tarkov quests you’ll undertake on behalf of the in game traders. Each of these is designed to emphasis a different playstyle encouraging players to try something new in the process.

Elimination: One of the more simple task variations in Escape From Tarkov this archetype of task centres around elimination of Scavs and/or players and often features additional map, weapon or gear modifiers.

PickUp: This task type comes in two different forms with one focusing on players finding specific items and bringing them to traders (such as weapons, armour, technology or barter items) while the other focuses on picking up specific quest items at certain map locations.

Discover: Encouraging players to seek out specific locations and points of interest on the Tarkov maps these discover type quests will often require players to mark the location once found and successfully extract (not necessarily in the same raid as marking though).

Standing: A rare form of Tarkov task that requires you to have specific trader levels achieved in order to complete it.

Exploration: Similar to discover the exploration quests are focused on taking you to popular and unpopular locations across the world of Escape From Tarkov. The difference though is that players simply need to visit these locations without the requirement to mark or interact with them.

Completion: Often has overlap with the PickUp task type with a mix of finding items, handing over items or performing specific actions that don’t adhere to the other quest types.

Skill: A simple task type that requires players to achieve a certain PMC skill level (such as Sniper).

Merchant: Similar to standing this task type requires you to achieve certain trader level or handover a certain amount of game currency.

Parameter-orientated modding: A mechanic unique type of Tarkov quests that require you to build a weapon with specific requirements and thus requires an investment in weapon attachments and modding knowledge.

Multi: Any quest or task that uses a mixture of the above mechanics in a single challenge.

Starting with Prapor who favours Elimination style quests and also features some powerful unique rewards for those that can complete the kills required. 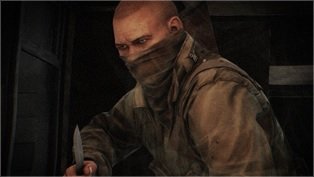 Arguably one of the most well known tasks in all of Tarkov The Punisher quest line is also one of the toughest grinds the game has to offer. Requiring many kills in different circumstances and maps The Punisher quests should be a priority for non Edge of Darkness (EOD) players in particular as part 6 provides the elusive Epsilon container that provides 8 slots of secure inventory. Part 4 and 5 also have some often overlooked rewards though by unlocking the powerful 5.45×39 mm BT and 7.62×39 mm BP ammo from Prapor for purchase. 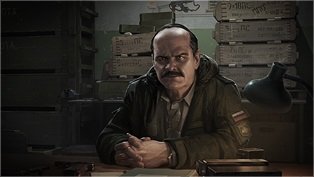 An extremely late game quest in Tarkov that requires level 35 to accept and can’t even be completed until a few levels later. This Prapor task has one of the best Tarkov quest rewards though with the almighty T H I C C Weapon Case once you achieve LL4 for all of the traders which can either be sold for Roubles on the flea market or used to store weapons in your own stash.

Unlike Prapor the Therapist offers very limited Elimination quests and opts instead to focus on PickUp, Discover and Completion with tasks intended to help the remaining population within Tarkov. Therapist is by no means short on some of the best Tarkov task rewards though with a number of cases and key purchase unlocks waiting for diligent players. Another early quest on this list that can be accessed at only level 4 and completed by finding a gas analyser to handover to Therapist. While on the surface the reward can be a little underwhelming it’s actually extremely powerful in the early game as it unlocks the ability to purchase the car first aid kit giving you an early source of healing and blood loss prevention in one. Another task that gives you better storage options for those that can reach the end of the Health Care Privacy quest line with a Medcase waiting for players. In order to complete this quest you’ll have to visit nighttime factory to plant some blue gunpowder not to mention the previous discover themed quests to reach part 5. An expensive quest to complete that requires both LEDX Skin Transilluminators and Ophthalmoscopes although can actually turn a profit if players opt to sell the T H I C C Items case reward. Alternatively you can hold onto this high quality large case to help dramatically expand your stash storage making it one of the best Tarkov quest rewards by far.

Despite setting himself as a supplier in the Escape From Tarkov lore Skier actually lacks any significant task rewards worth chasing. Skier shouldn’t be avoided entirely though as across the board his quests offer higher than average Rouble rewards, unlock Peacekeeper and you’ll need enough reputation from quests to reach at least Level 3 Skier for the air filtering unit hideout upgrade.

Like Skier above Peacekeeper is a little light on fantastic Escape From Tarkov task rewards but still has one or two that redeem this UN peacekeeping trader in the ammo department as they allow you to consistently purchase strong 5.56×45 mm NATO rounds which is often a meta calibre on weapons like the M4. 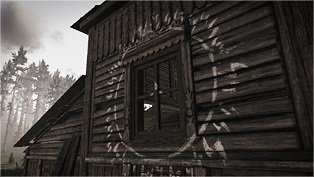 A reasonably early Peacekeeper quest available at level 12 and simply requires some exploration around the Shoreline swamp. In return you’ll be unlocking the ability to purchase the M856A1 ammo type which offers a significant step up in ammo strength at this point in your Tarkov adventure.

The Mechanic hides many great quest rewards with a number of Bitcoin and top tier weapon attachments for those that grind through his unique Gunsmith quest line. However, often the cost of building these guns will mean that you break even on these rewards and thus don’t offer the best return on investment. Despite this you’ll have to work your way through these to unlock the best quest rewards that Mechanic has to offer. A very early Mechanic quest that is required to unlock the mysterious Jaegar which gives you access to new items, quests and required for hideout upgrades. With the ease of this Completion type quest players need only need to visit Jaegar’s camp and retrieve a hidden message. If you can make it all the way to Gunsmith – Part 11 you’ll be granted a rare key that cannot be obtained through other means. This Key to KIBA Outlet grate door is part of the two key set to access KIBA on Interchange allowing you to loot the vast number of attachments yourself or sell it for an attractive price.

Like Skier Ragman lacks any great rewards for tasks although does offer 3 cosmetic tasks that can allow you to deck out your USEC or BEAR PMC with some new clothing. You can’t completely ignore Ragman altogether though as he still has a role to play in hideout upgrades.

Jaegar has some of the most difficult tasks in all of Escape From Tarkov but surprisingly the rewards often don’t warrant the time investment. That’s not to say there aren’t some reasonable rewards such as folders of intelligence, a weapons case, lab cards, thermal scopes and some useful keys but they are right at the end of his quest lines that make them hard to recommend grinding for as a priority with other methods for making money likely to give you a better return on your time. 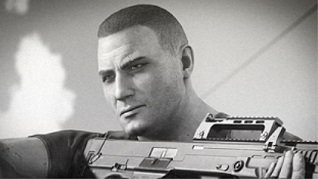 Offering a weapon case for eliminating Glukhar this is the Jaegar quest that provides the best reward for either the stash utility or raw value on the flea market should you wish to sell it. While Glukhar himself isn’t impossible to takedown you’ll have to kill all the other Scav bosses before unlocking this quest itself.

While Fence only offers a single quest to PMCs it makes up for it by offering one of the most powerful and unique items of the entire game. Offering the ultimate Tarkov quest reward for those that can complete the Collector they will be rewarded with the secure container Kappa with a massive 12 slots of safe space for your PMC. This quest is only unlocked once you’ve essentially completed all other quests making it out of reach for most of the player base with the consistent Tarkov wipes especially given the large list of super rare items you’ll need to hand in for it.

While all the Escape From Tarkov tasks have a reward assigned only a small handful at the end of the day can be considered the best Tarkov quests to focus on and prioritise your quest path towards. These tasks listed above will provide you valuable containers, Roubles or access to key items that save you money in the long run.

Sam (Seelyon) has over 500 hours, 700 raids and 2,000 kills in Escape From Tarkov (EFT) while also achieving the Kappa Container in his first Tarkov wipe (2020). He loves the Tarkov experience and seeks to share his insights and expertise with new players to the game.