For the lone Diablo hero choosing the best class for solo players in Diablo 2 is a key initial decision to your battle ahead against demons and undead. While all classes in Diablo 2 and the remastered Diablo 2: Resurrected are capable of soloing game content all the way through Hell with the right character build the difficulty, item farming required and enjoyment along the way can vary greatly.

With thousands of hours invested into the Diablo franchise and most of that spent in Diablo 2 I’ll detail the important considerations below for the new or intermediate player looking to start a solo playthrough (online on Battle.net or offline single player). This guide will be particularly useful for those wanting the Diablo 2: Resurrected best starting class.

This class tier list is ranked worst to best but you’ll still be equipped to solo Baal on Hell difficulty regardless of your choice by using a Diablo 2 build noted here with a builds tier list for each character also included. For full detail on any of these builds a quick Google search or one of the respective wikis will have the necessary detail, I’ve also curated some of the great YouTube videos showing off these builds to give you a sense of what each offers. Many of these videos are from Dbrunski125 and MrLlamaSC who both provide fantastic Diablo 2 build guide content so be sure to support their Twitch and YouTube channels. 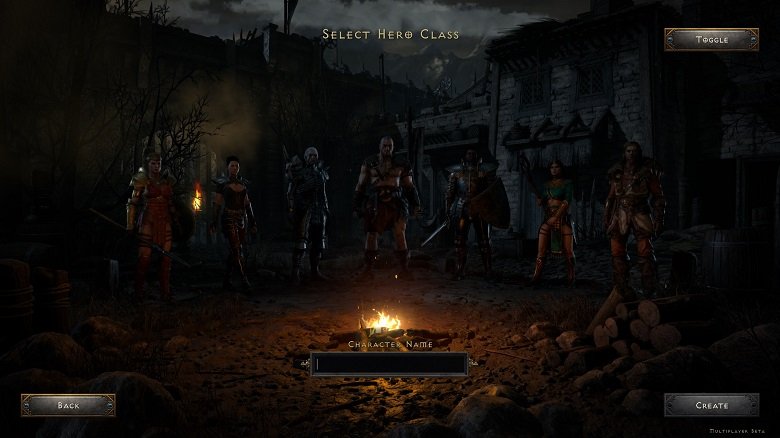 While best can often be a subjective term in determining the most fun class or the strongest class in games like Diablo the following factors have been considered in the design of this Diablo 2 solo tier list:

Starting off this list of Diablo 2 classes ranked article is the Barbarian and while the Barbarian was the first character I completed Diablo 2 with it took plenty of blood, sweat and tears to claim that Patriarch title. While the playstyle of the Barbarian can be lots of fun for the melee fanatic there is often a long path of farming items (and runes) on your path with the Barbarian needing some serious items to achieve a solo Hell playthrough.

This is most obvious in terms of weapons which significantly impact on your damage numbers more so than other classes. The Barbarian also needs other important modifiers like life steal (life stolen per hit), cannot be frozen and a strong armour to support it. As if that wasn’t enough the solo Barbarian players requires a significant understanding of hidden mechanics like dual wielding, whirlwind damage and balancing your attack rating. The simple Diablo 2 Barbarian builds also lack area of effect potential that some may consider uninteresting gameplay.

For those that want to pick the Barbarian as their best solo class you’ll want to take advantage of builds like Whirlwind (WW), Frenzy and Concentrate (Conc).

The first expansion character on this Diablo 2 tier list of the best class for solo players is the Druid despite his ability to decimate Normal and Nightmare without issue. While the Druid is no doubt viable like every character in Diablo 2 for a Hell playthrough with the right build the reason he isn’t ranked higher is the limited number builds available and their associated limitations.

For example the best Druid solo build is the Wind or Windy variant that makes use of the wind base elemental talents that deliver a deadly mix of cold and physical damage although require you to get close to enemies for max effect and the skills can be difficult to use without practice. Similarly the viable Fireclaws Werebear and Fury Werewolf will need some luck with weapon farming and never quite feel rewarding for your efforts until you get into top end gear where they are absolutely deadly. Achieving this point as a single player in an untwinked fashion though is a serious game time investment.

Another character in Diablo 2 that struggles to reach maximum potential without significant time investment for the right items and further handicapped by popular builds lacking dual element potential is the Amazon. This lack of powerful dual element build options is a detriment in Hell due to monster immunities and makes it difficulty to tackle all content. Don’t underestimate the Amazon beyond your solo playthrough though with the right items (such as Infinity on a mercenary) she can be a devastating lightning wielding character and often considered to have one of the Diablo 2 best builds when you have all your gear.

Unlike the previous characters on this list though the powerful Valkyrie summon can save the day and once it reaches beyond level 17 is a significant ally in your fight against Hell as this gives her a deadly war pike for damage although is primarily intended as a tank. Those wanting to take the Amazon from the Rogue Encampment to the Worldstone will want to take advantage of a Lightning Javazon skillset and pair it with Freezing or Exploding Arrow on weapon swap for a solo playthrough. This removes the risk of immunities and also means you’ll earn your damage from your skills rather than relying on the right weapon drop. Strafe or Multishot builds also have potential but do require a decent bow to be found along the way so I would be hesitant to use these in a solo adventure.

Ranking higher than their Lord of Destruction counterpart in the Druid the Assassin is a capable fighter which with the right build can consistently make their way through the minions of Hell and in safe manner. The Assassin can even do this with minimal farming for items with her best weapons being +skill claws without regard for actual damage numbers.

Achieving this requires you to follow the strict Trapsin build that focuses on lightning traps but also gets a fire attack through a rare cross element synergy. Combined with the defensive powers of Cloak of Shadows (CoS) and Mind Blast (MB) the Assassin is a safe character that can quickly disrupt a group of enemies and deal hefty damage to them without significant effort. Solo builds beyond the Trapsin though are item dependent and require significant planning, game knowledge and skill to utilise for a solo playthrough though which is why she doesn’t feature higher. If you don’t mind adopting this narrow playstyle though the Assassin is one of the strongest solo options available in Diablo 2: Lord of Destruction.

Despite the perception of the party based character with their useful auras the Paladin is a deadly solo character with the right build and often an early ladder favourite for their ability to complete a significant amount of game content. In single player this is no exception with the Paladin also having the benefit of a straight forward playstyle that makes it one of the best PvM classes in Diablo 2 and ideal for a beginner to the franchise.

The most well known and recognised build in this regard is the Hammerdin build which takes the Blessed Hammer skill and spams it into the face of enemies while staying safe with Holy Shield. Note that a fully fledged Hammerdin requires the high level Enigma runeword or other method of teleport for magic find efficiency but as a single player Hell experience can definitely do without this. Other Paladin builds such as the Smiter or Zealot can also be viable and while they might need more specific gear the supporting skills of the Paladin make it less of a grind compared to the Barbarian’s weapon hunt noted above.

A popular Diablo 2 character that is another high tier PvM fighter and can make quick work of Nightmare difficulty when she has some high skill levels on her primary spells. While Hell is a little bit more work for the Sorceress her ability to have multiple hybrid elemental build paths means she is flexible and also not significantly item dependent.

The best mechanic that the Sorceress offers though is Teleport ensuring that when you do need to skip beyond a mob of monsters you’ll have no issues. For those wanting to command the Sorceress through Hell the Diablo 2 best Sorceress build solo is known as the Meteorb which utilises Meteor, Fireball and Frozen Orb for dual element strength alongside one point wonders like Static Field and Teleport. Other fire/cold Sorceress hybrid builds can utilise options like Firewall and Blizzard or players can explore some off meta lighting/cold or lightning/fire options.

Pure cold, fire or lightning builds are best avoided though due to the high item requirements (like a Mercenary with Infinity for the negative resistance to monsters) that are beyond most solo players. At the supreme end game though or as a magic finding character you can focus solely on cold with Blizzard or solely Lightning Sorceress builds.

Offering the lowest item requirements for a successful Hell solo completion of any Diablo 2 class the Necromancer is famous for his ability to summon minions and golems onto the battlefield. A number of players in the Diablo 2 community have even challenged themselves to complete the game with a naked Necromancer and succeeded which gives you some insight into the raw solo power of this character.

This is made possible by the strong summoner skills and Corpse Explosion of the Necromancer that can quickly chain one kill into an entire monster pack while protective bone spells and your summons keep you safe from harm. Commonly known as the Summonmancer or Fishymancer players can deck out their character from shop bought wands to maximise +skills and have no issues in their Hell advancement although unlike the Sorceress above is generally a slower experience as a trade off.

If the idea of a summoning based Necromancer isn’t for you then a bone build based around Bone Spear and Bone Prison is perfectly viable and still relatively easy to gear from a solo perspective. I also consider the Necromancer to be one of the Diablo 2 best starter class options given he doesn’t have a significant amount of hidden or complex mechanics in his skills and is fairly forgiving in terms of gear and mechanical requirements.

Sam has been playing the Diablo franchise for over two decades and has beaten Diablo 2 with all characters over that time both alone or with friends. His favourite character in Diablo 2 is the Sorceress for her strong cold area of effect abilities and teleport.