This guide features all of the Dungeons 3 diamond vein locations in the campaign which can significantly help you in beating the core game levels, particularly on the Hellish difficulty. If you are struggling to stay ahead of your gold needs to build key rooms or meet your creature payday then capitalising on the various veins hidden in the campaign levels can be a boost to your survival chances. 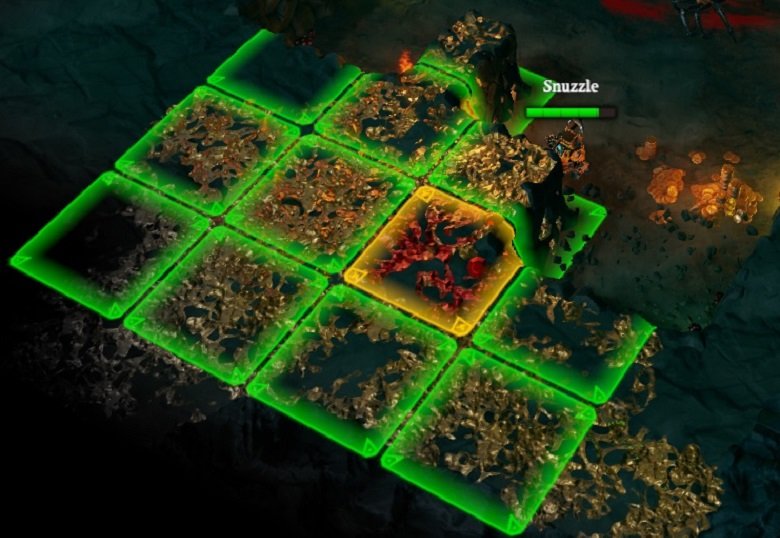 What Is Diamond Vein In Dungeons 3?

Unlike the various gold blocks that you can find near your dungeon heart at the start of each game level diamond vein acts as an infinite gold vein offering an unlimited amount of gold so it won’t run out after 15,000 gold being mined by your Little Snots. The benefits of this are obvious in that you can spend less time hunting for new gold sources and turn your limited attention elsewhere towards the specific campaign level objectives.

Diamond veins are by no means a free lunch though and are often heavily guarded so they should rarely be your first source of gold acquired.

How To Find Diamond Veins In The Dungeons 3 Campaign

Your chances of finding diamond vein in Dungeons 3 can be boosted with some simple tips that also overlap somewhat with finding the Golden Pickaxes for those players hunting for the rewards of those as well. The below are Dungeon 3 tips and general information on diamond in Dungeons 3: The below is a work in progress list of all diamond vein locations with screenshots to help you get all the gold you need for each campaign level. Each level will detail where to dig and what you can expect to stand in your way to the precious diamond tile. These instructions use a typical north, east, south, west direction where north is the top of the game map and so on. Note that there are spoilers in the below information.