Looking for Dungeons 3 tips to take your dungeon strategy to the next level? On this page we’ll detail units, evilness, efficiency, how to rotate traps and everything else to establish yourself as the ultimate evil.

Dungeons 3 is a strategy fantasy game similar to the Dungeon Keeper franchise in which players lead Thalya, a dark elf in her progression from good hero to dark conqueror. Like other strategy titles Dungeons 3 requires careful planning with macro and micro management decisions intertwined which become even more important on the higher difficulties.

As a player of Dungeons 3 with over 100 hours of solo and coop gameplay I’ve collected my best tips across key game categories to help you beat every available campaign level, earn all the game achievements and dominate multiplayer battles.

Like any strategy game the Dungeons 3 units you select are central to the tactics that you’ll employ with the best units discussed below. While the game includes a fantastic almanac that combined with the Dungeons 3 unit wiki ensures you can learn the statistics of each creature using them on the battlefield is a different matter. The tips below provide details on the different archetypes you’ll have available and which units to use when throughout the Dungeons 3 campaign.

Pre-planning which units you intend to use and in what ratio early on is an important tip to implement as this can have a large impact on what rooms you build with your limited gold (or until you claim an available diamond vein). 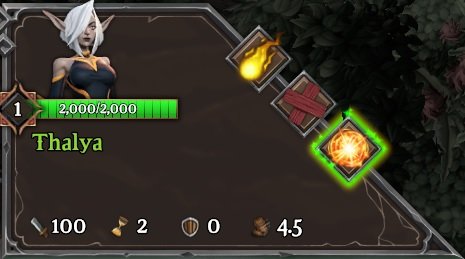 As one of the most powerful units and one that you start most missions with Thalya is worth her own brief discussion. She is a capable level 1 fighter and should always fight alongside your overworld hero raiding party or dungeon defence as needed. Importantly if Thalya dies you will only be meet with a small cooldown and gold cost to revive her that is based on her level.

While fighting with Thalya you’ll want to manually activate her fire bomb skill as often as possible given it drives the bulk of her damage per second. While upgrading her with evilness does improve the damage on this and her basic attack slightly it’s rarely worth the investment compared to other options like more creatures or a creature specific upgrade that you have multiple of. The first units that players are introduced to during the campaign you’ll find these are durable units and supported from the rear by the Naga that can heal them during battle. There additional need is a steady supply of beer and they are the only free unit type when it comes to arena training that allows them to easily reach high levels without being a gold drain. The damage dealers of your army that also won’t be lost like horde units if they fall in battle as they can be revived with mana which combined with their automatic regeneration makes them the strongest unit type. They are vital in any dungeon even if you don’t intend to use them on the front line due to their ability to generate mana for spell usage. 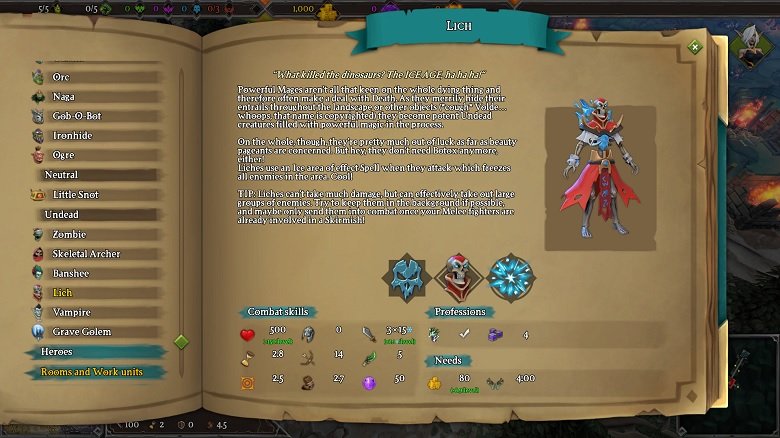 The final archetype that players are exposed to in Dungeons 3 that also do not suffer death like demons although they are generally much slower to recover in their Graveyard. Because of this and their expensive room and research needs to be effective the undead units won’t see as much action as other unit types but still bring utility to the broader dungeon. Undead also has the unique zombies and skeleton archers that give you a full squad of creatures for no population points and while weak they can be a meat shield for your other units or slow down an enemy dungeon attack. 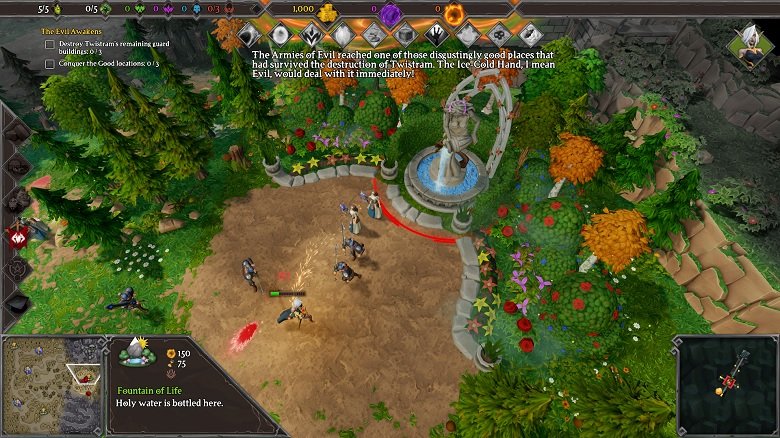 Evilness (alongside gold) is a vital game currency in Dungeons 3 and effective acquiring of it paired with efficient spending is a careful part of resource management. So how to get evilness in Dungeons 3? This requires players to either conquer good locations outside of their dungeon, capture heroes and let them die in prison or place them in the torture chamber instead.

With this in mind the majority of your evilness will come from good locations that you capture and slowly provide you game currency over time along with a strong initial boost for your first purchase with the currency. Maximising evilness means players should ensure they: 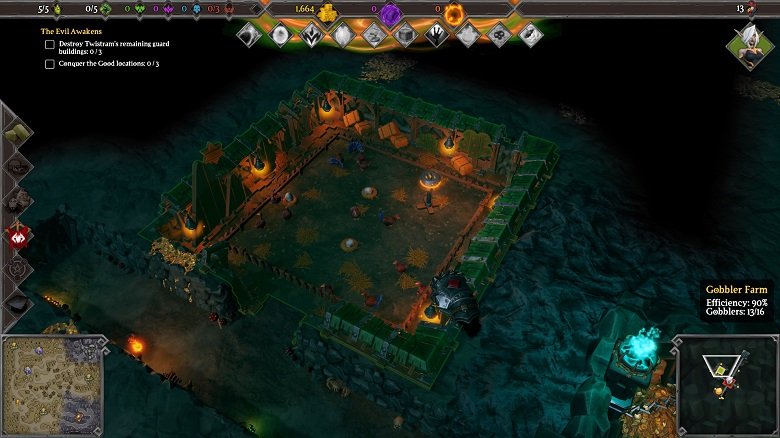 Have you ever wondered what that room efficiency number is when you mouse over each of your rooms? This efficiency stat in Dungeons 3 is surprisingly powerful and often overlooked by the player base as it is not obvious or included in the game tutorial.

Efficiency directly impacts the effectiveness of that room in performing its primary function. For the Hideout, Vortex and Graveyard for example this means a higher room efficiency results in faster healing. Keeping this number above 90% should always be your goal which is achieved by building all your rooms with only a single entrance way when first built. Later on in your progression when you unlock doors these can be built in the entrances to achieve 100% efficiency scores. 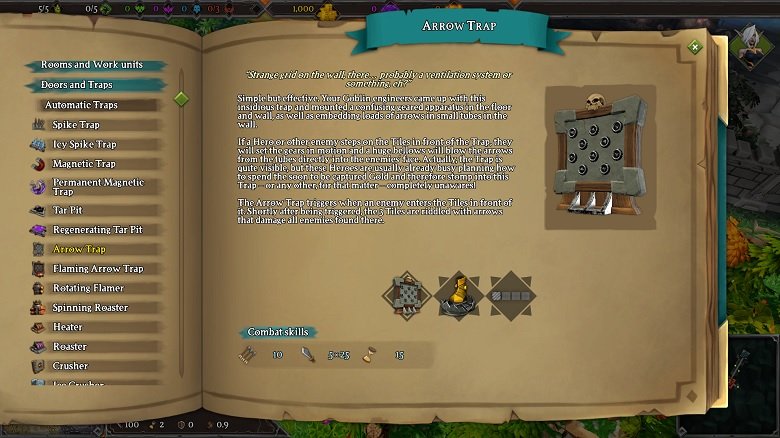 Traps are most useful in Dungeons 3 skirmish mode where attacks are more frequent and deadly but still have a role in defensive levels that see you on the back foot rather than attacking the overworld. While unlocking all the traps is quite the evilness investment you can maximise the return on this expense by: 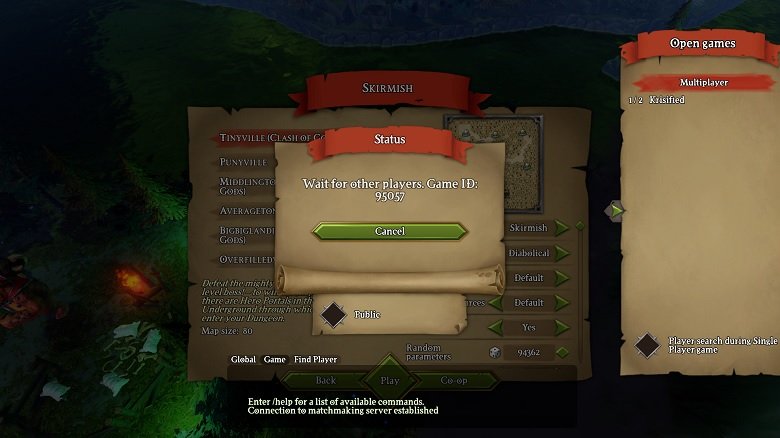 The Dungeons 3 coop campaign is one of the biggest selling points of the game and regularly referenced in the War For The Overworld vs Dungeons 3 debate given the similar release date of these dungeon management strategy titles. Whether you are playing the campaign in a cooperative manner or one of the many skirmish challenges following these tips below can ensure your success and avoid potential bugs: 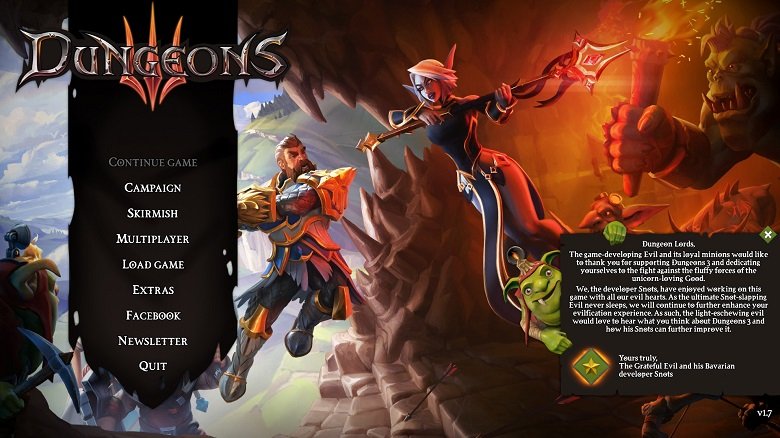 Need more Dungeons 3 tips to help you beat the most difficult game levels that it has to offer? Here are a selection of useful general tips to integrate into your strategy:

While not Dungeons 3 tips the below answers some frequently asked questions from the game community.