With the Fallout 3 best armour (or power armour) equipped on your character players will be well protected against raiders and mutants across the challenging quests and DLC content of the Capital Wasteland. Providing both resistance to damage and various boosts to stats or other utility armour is a key piece of equipment in Fallout 3 that works alongside your choice of weapon and S.P.E.C.I.A.L. build to create a deadly Vault 101 survivor.

Whether you want to equip power armour or are looking to roleplay with the Fallout 3 best non power armour options instead this article has options for all builds, playstyles and preferences. With only a small number of Fallout 3 perks related to armour though and the main one removing penalties of the higher defensive options while sneaking (Silent Running) your selection of equipment often comes down solely to availability and your role playing intentions. Non power armour choices are also important prior to acquiring the Power Armour Training perk in Fallout 3. Including the location of the armour, the specific stats and aesthetic details this best Fallout 3 armour list has all the details you need to acquire them. This guide includes both the core armour and matching helmet given they are both generally acquired together although players should also consider the utility offered by other helmet options for their specific circumstances or character build.

Note that this page contains spoilers for the base story experience and the applicable Fallout 3 DLCs.

When considering the factors that make a strong Fallout 3 armour the below have been considered to create this list. Players may also want to consider the aesthetic or role playing elements of an armour although these are specific to your own tastes so have not considered. 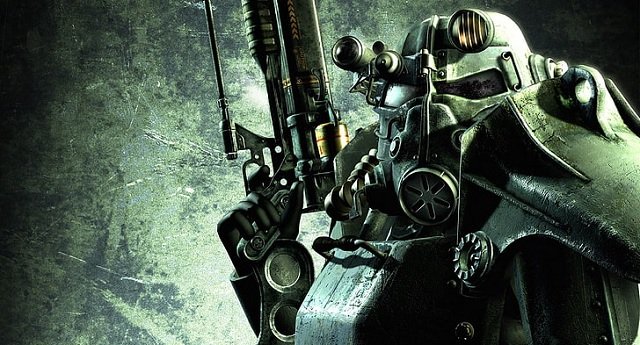 Obtained from the DLC content Operation Anchorage this is the best Fallout 3 armour and helmet available if you have access to this DLC. It is also easy to obtain given it is a reward to players for simply finishing the DLC and conveniently provides the necessary Power Armour Training at the same time. Combined with the fact that this DLC is considered one of the easiest of Fallout 3 players will be able to obtain the most powerful armour in the game before they even reach level 10 on their character. For this reason some in the community shy away from using it given it pushes the lines of game breaking and removes much of the challenge that Fallout 3 offers players to overcome.

This game breaking power level of this equipment set is due in part due to the high damage resistance value of 45 with an additional 10 on the helmet for a combined 55. To put this into perspective from the pool of other available armours a DR of 45 is the second best in the game with only two other alternative armour options higher than this (both with a value of 50). Building on this strength further this armour has a radiation resistance and a critical bug that provides it with practically infinite durability so players never need to spend the time or Caps to repair it. Note that there is also a negative bug related to this armour and the You Gotta Shoot ‘Em in the Head quest that removes your ability to make a decision as that quest is centred around acquiring the similarly named T-51b power armour although there are some workarounds available by placing your winterised version in storage beforehand.

Another high tier armour option that comes from completing the Operation Anchorage DLC and is the best stealth armour that Fallout 3 has to offer. Like the T-51b Winterised Power Armour obtaining this piece of equipment is as simple as finishing the DLC content and together players have all the armour options they need to complete the game regardless of your preferred playstyle and build.

Designed for a stealth player the most notable element of this armour is the stealth field which activates when the player is crouching (similar to using a Stealth Boy) which easily allows you to sneak around locations or up to enemies. In addition the armour provides a decent boost to stealth that can be useful early on until you can max this skill and a fairly high DR of 28 (3 DR on the helmet) considering it is designed for a stealth playstyle. This DR provides plenty of protection for the times when your stealth attempts fail or as an alternative to the T-51b Winterised if you don’t want to run power armour for balance or roleplaying reasons. Styling of the Chinese Stealth Armour is also highly unique with a futuristic suit that stands out amongst the various other pre-war armours across the Fallout franchise.

Similar to the winterised version featured on this page of Fallout 3 best armours in terms of statistics this is an armour option for players that don’t have the applicable DLC installed or prefer not to take advantage of the near infinite durability bug of that option. Acquisition of this armour is tied closely to the You Gotta Shoot ‘Em in the Head with the armour itself being within a sealed room of Fort Constantine that requires three keys to open. As a result obtaining this armour is a fair amount of work and in the vanilla Fallout 3 experience was a justified reward although eventually superseded by Operation Anchorage which can be completed well before this quest.

Regardless the T-51b armour is still a slight upgrade from the Winterised version with an additional 5 DR on the armour (helmet statistics are the same) although does need to repaired as it is not bugged. This quest is also the only way to obtain this equipment set as there are no other versions in the entire Fallout 3 so players should factor that into the decisions you make when completing this quest if you want to use it for yourself or a companion.

Unlike other armours on this list so far the Enclave Hellfire power armour does not have an easy quest or location to obtain it which makes it somewhat of a Fallout 3 trophy for the dedicated player to hunt down. To acquire this armour players will need to defeat an Enclave Hellfire Trooper that appear during the later stages of your adventure and are not an easy battle. Note that this armour only spawns with the Broken Steel DLC enabled although a weaker version (Enclave power armour) is included in the base game. This makes it unique compared with the other best Fallout 3 armours on this list so far given its acquisition method and that there are potentially multiple available in the game to equip companions or a means of repair without a merchant.

For those successful in obtaining this armour you’ll be rewarded with the highest damage resistance armour in the game at 50 with 10 DR on the helmet that are both matched with the T-51b armour. This armour also swaps the charisma and some of the radiation resistance of the T-51b variant for strength and fire resistance. While these are nice stats to have on an armour piece they aren’t significant enough to make a noticeable difference to your experience. The helmet makes a similar trade of radiation resistance for fire resistance while also having a negative charisma value of 1 so should be avoided if you plan to pass NPC speech checks in your Fallout 3 playthrough.

Offering a competitive 39 damage resistance value the Ranger Battle Armour is the best non power armour option in Fallout 3 for someone who is regularly in combat but for whatever reason doesn’t want to equip the bulky power armour variants. In addition to the highest DR of non power armour across the armour and helmet players also acquire some useful utility with additional action points, luck and a small guns buff if those are part of your core character build.

Players can obtain this armour through the related quest Reilly’s Rangers as either a reward for successfully finishing the quest or looting it from the Rangers that are part of this quest in the Statesman Hotel. This is the only method of acquisition available and the quest reward is also the only method to acquire the unique minigun known as Eugene.