With this Fallout 3 best start build guide you will learn about the best SPECIAL (S.P.E.C.I.A.L.) stats and starting skills for your intended build to see you through the challenging Capital Wasteland. With the right start to Fallout 3 you’ll be well positioned to go from Vault 101 to saving the world around you and better equipped to handle the dangers that you will face along the way. Most of these starting decisions will depend on your intended build path and roleplaying through the Fallout 3 story with each of these decision points discussed below to equip you with the necessary knowledge regardless of your character’s ultimate Fallout 3 perfect build in the end game.

Be it a melee focused build, one that relies on stealth or traditional firearm weapons the knowledge from this article will provide guidance and tips for your own playthrough to have the Fallout 3 best start possible. While this makes it ideal for beginners to Fallout 3 as they attempt their first playthrough it’s also a useful reference point for veterans looking to try something new or simply wanting to optimise before they tackle the harder game difficulties. Before reading further note that this stats guide features spoilers for the base adventure and the applicable Fallout 3 DLC content.

Like other Fallout role playing games in the franchise Fallout 3 features a SPECIAL and skills system to help you build your ideal character for combat, quests and NPC encounters. While the SPECIAL system has been relatively unchanged skills have changed between games in the franchise with Fallout 3 offering barter, big guns, energy weapons, explosives, lockpick, medicine, melee weapons, repair, science, small guns, sneak, speech and unarmed.

Skills in Fallout 3 determine your effectiveness at certain actions and can have a dramatic impact on the roleplaying and story paths you have available. Each skill is linked to a SPECIAL stat that influences its initial value with players able to also tag 3 skills after completing the G.O.A.T. exam in Vault 101 that adds an additional 15 points to them at the beginning of your adventure. Increasing these skills further is done on character level up where you can spend at least 10 points to improve them with this amount increasing based on perks and your intelligence value. Players can also obtain certain perks, find the associated skill books or skill bobbleheads for a further permanent boost up to the maximum level of 100. Similar to SPECIAL equipment and other items can also provide temporary boosts to the available skills.

For the diligent player who obtains as many skill books as possible and the respective skill bobbleheads it is quite easy to max all skills in Fallout 3 by the time you reach level cap. For this reason your choice of Fallout 3 best starting skills and initial focus are driven more by your early game needs rather than your ultimate end game build. There are a number of considerations in order to decide which starting skills to tag after completing the G.O.A.T. in Fallout 3. The power of a skill during your early adventure in the Wasteland should be the primary consideration and may actually override tagging a skill that you intend to build your character around. For example you might want to specialise in energy weapons but these weapons and associated ammunition are quite rare in the early game so these skill points will be most likely not be utilised effectively early on.

The second important consideration is for players to limit overlapping their skills to create a well rounded character, choosing to specialise in 3 weapons skills when you leave Vault 101 for example is unlikely to be the best option. This is because you’re missing out on important support skills that give your greater flexibility in the Wasteland. This might include being able to effectively repair your own gear, lockpick locations for extra loot and talk your way out of a situation entirely with speech.

Given the above the Fallout 3 best starting skills for players will likely be the the following:

Other viable options for best skills in Fallout 3 to consider are: 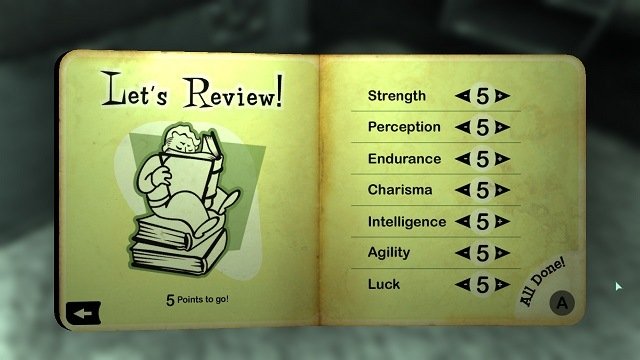 The core SPECIAL system has remained the same across the Fallout franchise with players making permanent choices around strength, perception, endurance, charisma, intelligence, agility and luck.

SPECIAL in Fallout 3 is assigned after interacting with the “You’re SPECIAL” book while a child in Vault 101. In total you have 40 points to assign across the 7 special statistics as you wish with a minimum value of 1 and maximum value of 10. There are limited options for players to increase their SPECIAL after this decision is made with permanent increases available through locating the respective bobbleheads in the world or selecting specific Fallout 3 perks. Given the availability of bobbleheads it is generally recommended to not start at 10 for a SPECIAL stat and collect the bobblehead to reach 10 instead. Non permanent boosts to SPECIAL stats are also available through equipment such as Fallout 3 armour, clothing, headwear or single use consumable items.

In deciding what is the Fallout 3 best special for you players will primarily want to consider what the SPECIAL stat enhances for their intended build. In Fallout 3 SPECIAL determines a number of derived statistics (such as carry weight), how high your starting skills are and the perks you have available upon level up. As a result your SPECIAL choice is often closely linked to your intended build and playstyle with all the considerations discussed within this best SPECIAL build guide below. Strength in Fallout 3 boosts your melee damage and carry weight primarily while also giving a smaller boost your melee weapons skill. In addition to the usual bobblehead for SPECIALs players can obtain an early boost to strength through a quest (choice of strength or perception) so this should be factored into your starting stats choice.

Accordingly if melee is your end game combat goal you’ll be looking for the higher ends of this SPECIAL stat. For other builds you’ll still likely want some investment to ensure you have sufficient carry weight for the loot and supplies you’ll collect along the way. Perception helps players to identify enemies from a further distance in V.A.T.S. and also boosts skills in energy weapons, explosives and lockpick slightly.

Generally if you are a V.A.T.S. heavy player you’ll want at least 6 to obtain the sniper perk as extra does not offer a significant boost to your ability to spot enemies to make it worth the investment. Most other builds will also want 6 after bobbleheads though given critical damage has a dramatic impact on overall damage output unless you are designing a low luck (which means low critical chance) build.

Notable perks with perception requirements (base game and DLC) include: In Fallout 3 endurance boosts your hit points, radiation and poison resistance along with the ability to hold your breath underwater. Endurance also has an impact on big guns and unarmed skills.

Most players will want to find a balance of endurance that gives them enough health to survive for their playstyle without over investing at the cost of other SPECIAL options. This means higher values for melee, unarmed and close combat weapon builds while longer ranged rifle users can opt for a lower value. 5 is a balanced approach to this stat and also an important cut off point as it unlocks strong back (also needs 5 strength).

Notable perks with endurance requirements (base game and DLC) include: Charisma in Fallout 3 impacts the disposition of NPCs that you interact with which means your speech checks are more likely to be successful. Charisma is also a small boost to the barter and speech skills.

If players expect to talk themselves out of situations or intend to roleplay a particular character with some of the special perks you’ll want to have a decent investment here. If talking through problems in Fallout 3 is not your planned playstyle though this can be a place to take points from for other SPECIAL stats.

Notable perks with charisma requirements (base game and DLC) include: Intelligence is the best Fallout 3 SPECIAL given it impacts on the number of skill points you’ll gain per level up and thus has a compounding effect on your character power. This makes it significantly quicker to maximise your core skills and if high enough combined with other sources can even allow players to max every single Fallout 3 skill for the perfect character. Intelligence also impacts the medicine, repair and science skills.

Because of this the Fallout 3 best start often sees players starting with 9 intelligence before rushing the intelligence bobblehead in Rivet City without acquiring any experience (other than the experience gained for leaving Vault 101 which makes you level 2). Even if you don’t intend to rush this location it is hard to recommend anything lower than 9 intelligence given the dramatic benefit it provides. If you want to roleplay as a character with less intelligence I recommend a minimum of 4 instead given the useful perks this offers.

Notable perks with intelligence requirements (base game and DLC) include: Agility in Fallout 3 boosts your action points available for V.A.T.S. actions while also boosting the small guns and sneak skills.

For V.A.T.S. focused playstyles a high agility investment is an obvious choice as you’ll be able to deliver more attacks before your action points are depleted. This investment also grants access to other important perks for this playstyle such as boosts to hit chance, pool of action points or the regeneration of them. A decent investment in agility is also required for stealth based builds to improve your ability to run silently with the applicable perk.

Notable perks with agility requirements (base game and DLC) include: 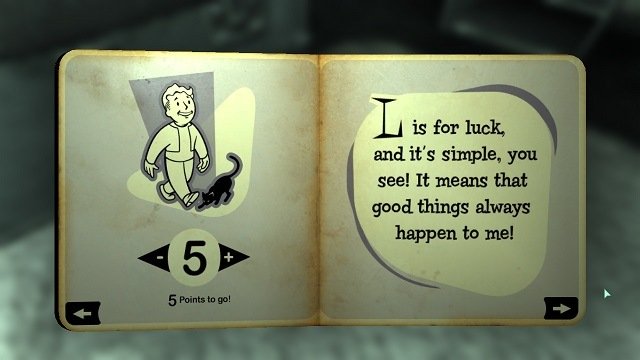 The final SPECIAL in the Fallout universe although one of the most important given it boosts critical chance that offers a good source of additional damage in combat. Luck also modifies all skills with every two points invested (increases on odd numbers).

Most players will want a healthy amount of Luck when playing Fallout 3 given you’ll boost your critical chance across weapons that is a great source of damage. Players can also access some critical boosting perks, V.A.T.S. enhancements and perks to boost your ability to acquire loot with luck investment.

Notable perks with luck requirements (base game and DLC) include: