Learn the ideal Fallout 3 DLC order for your playthrough of the popular 2008 FPS and RPG hybrid. On this page we’ll detail the DLC release order and level recommendations that players should initiate these quests for the best experience and story flow. In terms of Fallout 3 add-ons players have a total of 5 downloadable content pieces that are all included in the Fallout 3: Game of the Year Edition with each offering a unique adventure to expand your story and game lore beyond the original game content.

In this guide to Fallout 3 DLCs we’ll explore the release date, recommended level and other important information players should know before going into any of these DLCs. With this information players can decide for themselves when to do DLC as part of their Fallout 3 playthrough and the DLC order to play that is intended to maximise your enjoyment. After completing all the DLCs consider visiting our games like Fallout 3 page to find your next RPG adventure or our guides to Fallout New Vegas DLC and Fallout 4 DLC.

Note that this page has minor story and equipment spoilers for each of the Fallout 3 DLCs before you continue reading. 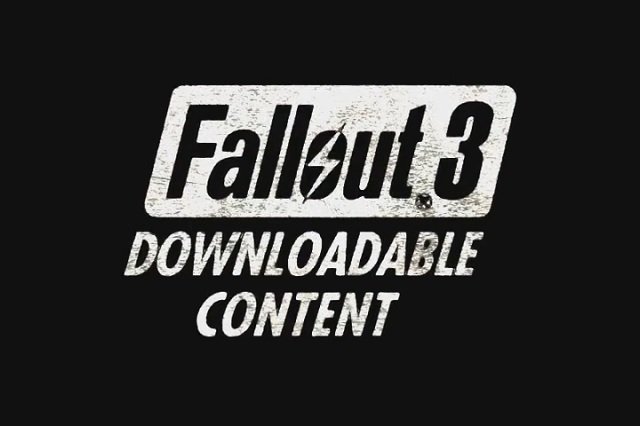 When in doubt playing the Fallout 3 DLCs in order of release is a good default pathway for players to follow and is shown below. Note that dates shown are PC release dates given this was the first release platform (alongside Xbox 360) for the Fallout 3 DLCs with PlayStation 3 releases lagging behind.

Given the DLCs in Fallout 3 are standalone adventures players can follow the above release order without significant issue. Other factors that might influence your decision of Fallout 3 DLC play order (which DLC first and when to do them) include:

Operation Anchorage can be a good initial activity after players first leave Vault 101 and explore their starting location given its close proximity and useful rewards for the rest of your adventure. Reaching this location is not overly difficult and the DLC itself provides players all the necessary tools they need to complete it which can quickly propel your character multiple levels in the process. As previously mentioned the equipment provided by this DLC is quite powerful though so it will in turn lower the difficulty of the core content if you opt to use it.

Sending Fallout 3 players into a simulation that features the great battle of Anchorage in Alaska against Chinese forces players lose their equipment on entry and are required to utilise the weapons they find along the way. Players are assisted by a strike team group that can be commanded to help you break through the defences of the enemy with some strategic oversight. Uniquely the simulation does not allow looting of enemy bodies with players relying on dispensers for both ammo and health instead and this fact is what allows the DLC to be completed as a fresh character. Diligent players that collect 10 pieces of hidden intelligence can acquire the Covert Ops perk for minor boosts to lockpick, science and small guns which can be useful early additions to the rest of your Fallout 3 adventure.

A Fallout 3 DLC to complete a little later in your progression as the dlc level requirements are quite steep given players will have to face some tough fights in this location without their own equipment and thus rely on current character stats and perks heavily. For melee or unarmed focused players you can obtain quite a number of decent weapons in these archetypes though for the effort that will likely offer more damage than what you have available otherwise at this stage in the game.

In The Pitt DLC players are sent to a town known as The Pitt that is controlled by raiders with the leader rumoured to have discovered a cure for mutations. Starting this story driven adventure as a slave in the raider colony players will literally have to fight their way through enemies and the fighting arena known as the Hole to complete the storyline.

Extending the Fallout 3 main storyline to allow players to go beyond the final mission this DLC adds a mixture of side and main quest content to the Fallout 3 world you’re familiar with by this stage. This Fallout 3 DLC is also responsible for increasing the level cap from 20 to 30 and in turn provides a number of perks between this level range which can impact on your choice of starting SPECIAL stats. Alongside this extra power players will encounter new enemies of even greater power with Enclave hellfire troopers, albino radscorpions, feral ghoul reavers and super mutant overlords that provide a fresh challenge for the end game.

After completing the main storyline to restore water to the Wasteland through Project Purity players team up with the Brotherhood of Steel to fight directly against the Enclave. Exploring familiar locations across the Wasteland players will write the final chapter to their Fallout 3 story with this DLC add-on. Given this is an extension of the core story players retain all equipment and don’t experience some of the other limitations that Fallout 3 imposes when playing specific DLC content.

A swamp themed DLC that has players exploring Point Lookout that avoided direct bomb blasts from the initial conflict although has not been left untouched by the devastation of the broader Fallout franchise. While difficult Point Lookout does not require players to complete the entire storyline before returning to the Capital Wasteland which does open some opportunity for experienced players to enter the location and obtain the powerful before returning later to finish the story. Like completing Operation Anchorage above this does provide additional power not originally available in the vanilla Fallout 3 experience so factor in that you will have a slightly easier adventure if you go down this path.

In Point Lookout players are lured by talk of hidden treasures from the strange local inhabitants of this swampland that results in you jumping aboard a steamship to a coastal town. Stepping into the middle of a struggle for power that has been ongoing for centuries players serve as the catalyst to end this conflict while resolving the mysteries of the Calvert Mansion that hides various pre-war treasures.

The most difficult challenge yet in Fallout 3 DLC that is best saved until you have established your Fallout 3 build but does come with equivalently powerful rewards through weapons and potential to acquire a wealth of caps. Given the prevalence of alien weapons which act as energy weapons players should generally have sufficient energy weapon skills before attempting this content so that they can rely on these to complete the DLC story. Experienced players can consider tackling this content before level 20 which results in lower scaling of enemies and in turn utilising these powerful rewards to assist them in building a deadly energy weapon based build.

Taking place on the Mothership Zeta the location the starts this DLC is included in the base game although players can only obtain a single alien weapon and some ammunition if visiting this location without DLC activated. With the DLC you’ll be transported aboard a mothership where aliens are conducting medical experiments on humans. Releasing these characters will help players to takeover the ship by slowly moving towards the bridge and fighting hundreds of alien foes.