Continuing our gaming archive series and half way to double digits we’ve selected GameLaunched.com this time around which was founded as a crowd funding platform in 2014 (beta started in 2012) which focused solely on video games when compared to other major platforms such as Kickstarter, Indiegogo and GoFundMe. Games Finder is a proud supporter of indie gaming and their associated crowd funding campaigns that often go hand in hand, supporting a handful of projects on Kickstarter over the years in addition to a healthy monthly contribution to Patreon’s in the video game niche.

During its time online Games Finder also acquired an interest in GameLaunched projects (more on the significant projects that used the platform below). While projects were primarily around game development for all platforms GameLaunched also allowed related hardware and software for the video game industry and of note accepted projects from all locations while other crowdfounding platforms were limiting themselves to specific regions.

Founded with a team of 6 entrepreneurs (Steve Foley, Kevin Bailey, Edmar Mendizabal, Mike Burke, Sion Duncan and Sal Shakeel) GameLaunched intended to fill a gap in the market for international projects and gaming in general which in 2012 were only receiving full funding approximately a third of the time on the major crowdfounding site Kickstarter. 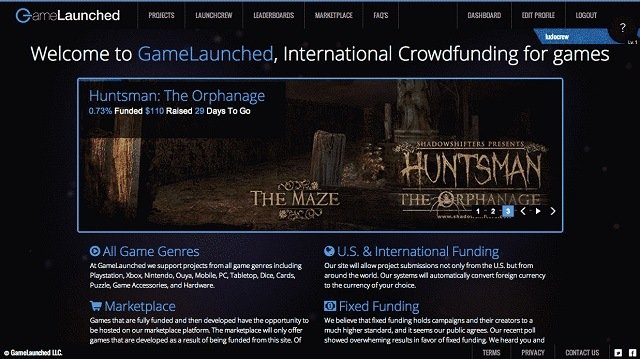 In order to compete with the large scale crowdfounding sites at the time GameLaunched introduced a range of unique mechanics (3 to be exact) to its funding experience in an attempt to pull gamers together in one place. While generally well received and fantastic ideas GameLaunched was not able to secure enough attention to make it viable.

Firstly, the most significant benefit that GameLaunched provided was the launch crew. This crew was a curated collection peaking at around 130 experts who had connections to the gaming industry through publishers, game websites or studios. The idea behind this crew was to give indie game developers and potential game projects access to feedback from the industry and additional exposure. This impressively large list also included a number of employees at big name companies such as IGN, Jagex, OnRPG, Zynga and Disney.

Secondly, gamification was at the hear of GameLaunched with users generating experience (XP) from actions that helped crowdfunding projects such as social actions or directly funding. To spur further friendly competition an experience leaderboard summarised all of this.

Lastly, GameLaunched offered some of the lowest rates of its competitors allowing more funds to go towards the creators and developers of games rather than the intermediary while also giving extra support through the marketplace where skills or even the game itself can be sold. In terms of raw numbers this allowed creators to keep 94% of funds raised with a familiar mechanic of funders only being charged if the full project budget is reached.

One of the earliest projects to be featured on the website from memory was Huntsman: The Orphanage which was a first person horror game reminiscent of Amnesia project that focuses on the exploration and immersion of horror titles. Selling itself as alternative horror the game did not feature any violence, blood or weapons with players having no defenses. With an Australia developer behind it Games Finder did contribute to this project although it did not reach full funding for coding, art and actors as planned.

Despite this Huntsman: The Orphanage did make it to Steam through the Greenlight program although was not well received, rated as mostly negative. 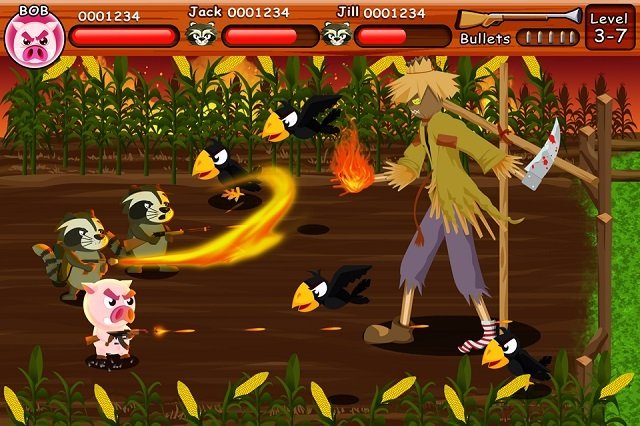 Aiming to raise $9,000 for this side scrolling arcade title that features farmyard animals and arcade style battles. This was definitely a unique and intriguing concept which also attempted to go through the Steam Greenlight project albeit was unsuccessful. Developed by Obscene Media it was the first (and only project that we are aware of) from this indie developer which like many other games unfortunately never saw an official release. 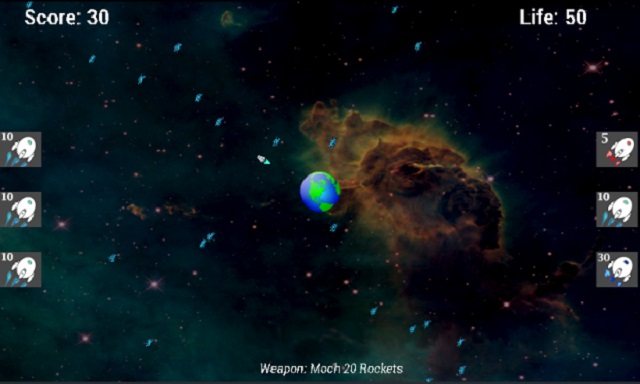 An Android tower defense game looking for $3,000 by Daven which unfortunately like some other games on this list now lives in the gaming graveyard. Looking to fund a hopeful iOS development this fast paced title also planned to expand the available content with extra rockets, asteroids, levels and achievements. While not being funded a vision of the intended experience of The Wormhole still exists on indiedb. 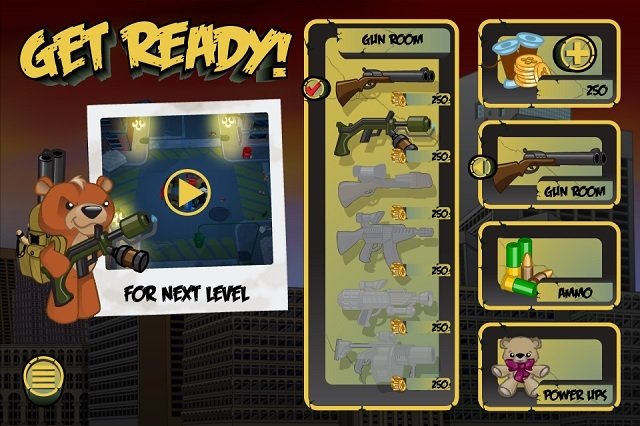 Another game that while not being funded did see a limited release on the App Store (since offline however) is Zombie Bears which offered a zombie survival experience with bears. With 8 levels of zombie themed action Zombie Bears followed the story of Bernard the bear as he searches for his daughter Molly by utilising bows, rocks and slingshots.

A unique mechanic of Zombie Bears was also that playing at night time would make your enemies more aggressive. Funding was intended to fund art, acting, coding and further media buzz.

Another game looking for $3,000 Vengeance was a fighting game focusing on realistic martial arts with concept art reminding me of the Avatar: The Last Airbender series. Developed by No Limit Games who also had a played card game called Battle of Souls a historical view of game is available on indiedb although like many here did not get released. 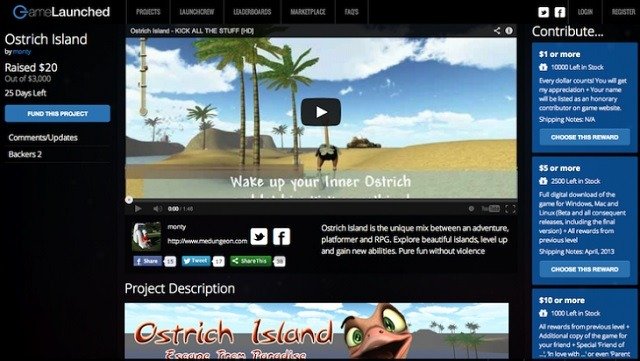 Saving the best for last Ostrich Island (Ostrich Island: Escape From Paradise) is the most successful title that was looking for funding on GameLaunched.com. The game achieved a Steam release in 2015 while also receiving positive reviews and allows players to experience an island as an ostrich. On top of controlling this unique animal you’ll gain experience, unlock new skills and abilities and uncover secrets. Safe to say there are no similar games like it within our directory.