Learn more about PixelFoundry Games and Blackspace with Games Finder’s gaming archive series which continues with our second instalment to cover the website and video game combo. To learn more about why we started this series of articles visit our first article here. In short the gaming archive series is about paying recognition to video games that for whatever reason never got off the ground or have been shut down after launch and persevering a piece of their history within our own website out of respect for the pioneers of the video game industry who might not have their stories shared and archived otherwise.

Blackspace was selected for our second venture into the gaming archive as it was a game I (Samuel Franklin) personally followed intently and even contributed to their original Kickstarter campaign and thus acquired an interest in PixelFoundry which unfortunately was not fully funded although did manage to raise nearly AU$200k out of a AU$500k goal. With all of this happening in 2012 PixelFoundry was about a year ahead of my own adventure into the gaming landscape with gameslikefinder.com which launched in 2013.

By all means the campaign itself was fairly successful and picked up on a number of major news outlets including Kotaku and RockPaperShotgun, the concept was fantastic and instantly connected with a range of gamers within the sci-fi community for offering something unique and already fairly impressive in terms of design at the launch of the Kickstarter campaign. Be it lack of exposure, too small a niche or hefty funding goal the 4,150 backers were unable to get the game across the line despite a health average of AU$46.55 per backer! (which for 2012 in the earlier days of Kickstarter seems like insane numbers to me).

Despite failing to launch on Kickstarter the game did appear on Steam Greenlight in December of 2012 and continue to be developed slowly in the background amidst the team’s full time jobs. The last update posted to the Steam Greenlight page in January 2014 suggested the development would continue albeit no future updates were provided and it is safe to assume that the development team lacked the time and funds to continue with their passion project. The Steam Greenlight page still gets the occasional fan love though and contains over 1,200 comments.

The starting team for PixelFoundry was made up of 3 people with a background in the video game industry with the intent to expand out the team as required to develop the game after funding. PixelFoundry was as indie as you could get with the three referring to themselves as a non-centralised studio (e.g. work at home) which by 2012 standards was an impressive attempt and something that originally attracted me to the Kickstarter (and my hat goes off to their attempt).

The full team bios are within the aforementioned Kickstarter campaign link but in summary the team included Jerry Phaneuf, Andrea Phaneuf and Volga Aksoy. It’s an impressive resume between the three with over two decades in the industry and a bunch of AAA exposure at Electronic Arts (EA). Definitely enough experience to pull off the intended vision of Blackspace and the early release media reflected this with high quality throughout. 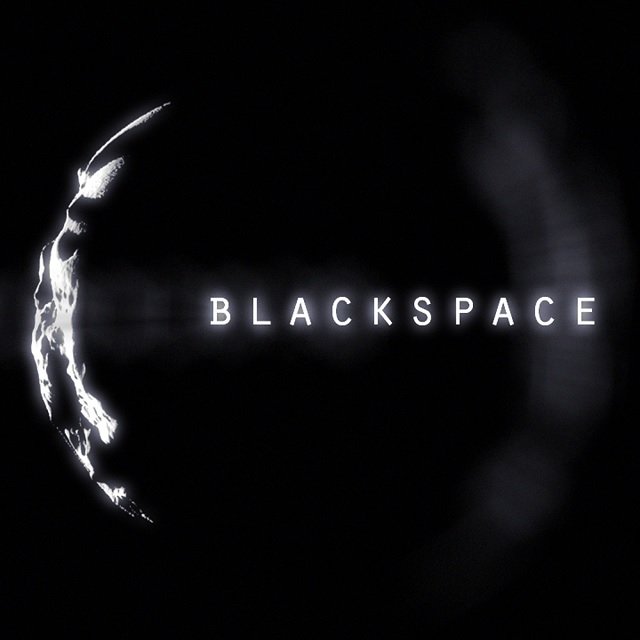 This vision of Blackspace was vast and impressive (and I encourage you to watch the Kickstarter launch video above to see it in action) and already well developed by the time that Kickstarter campaign launched.

At its heart Blackspace was intended to be a blend of real time strategy and tower defence which takes place on asteroids. Key mechanics include a customisable craft known as the Lander to interact with the game world, destructible environments, physics based gameplay and resource management. Your intended objective was to land on a range of asteroids (with their own resources and points of interest) and constructing a thriving base while defending it from alien attackers.

With strategy a fundamental game design principle Blackspace was aiming to provide players several paths for gameplay which included fighting on the ground with your Lander’s rockets and other tools or funnelling resources into defensive structures that allow players to go explore the asteroid for rarer resources instead. This was supported by the upgrade and building paths that players engaged with to drive their asteroid mining colony towards their ideal playstyle.

As a side note Blackspace had intended to have support for the Oculus Rift which given that the Rift Kickstarter started in 2012 would make Blackspace one of the earliest potential adopters of the technology.

To close out our second article in our gaming archive series we’ve collated a range of Blackspace media (screenshots and videos) from around the web to provide a curated view of what the Blackspace vision was by the Pixelfoundry team. You can find further videos on the official YouTube channel and images on the Greenlight Steam page.

The image below shows off your Lander craft discovering some resources within a crater. 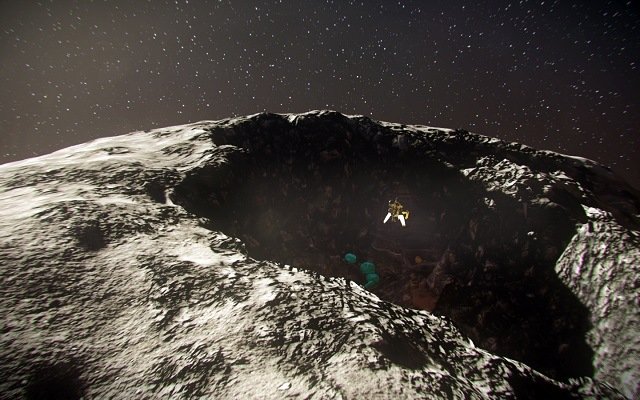 The Lander firing rockets at the asteroid and the physics of destruction. 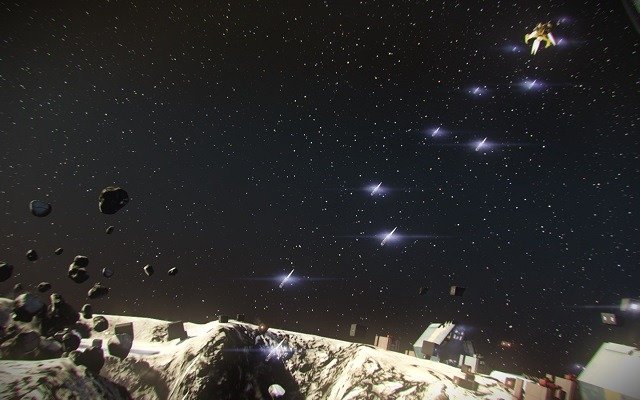 Showing the tether that you can utilise on the Lander to collect resource rocks and then drop them back to your home base. 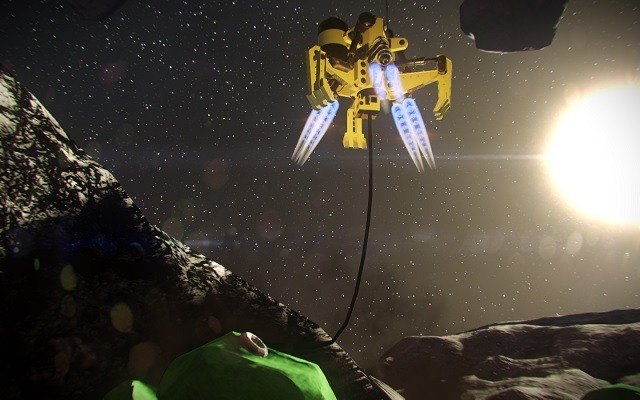 That concludes our Gaming Archive #2 article, while the Games Finder team is yet to put together a list of games similar to Blackspace it’s something that is on our to do list (although the uniqueness of Blackspace will likely make it difficult!). In the mean time you can stay up to date on all of our games like pages and our progress on developing an alternatives list for Blackspace on our directory page.

In the mean time leave a comment below on Blackspace, did you back the Kickstarter campaign? Or vote for it in the Steam Greenlight program?