Our Gloomhaven Brute guide will help you build this starting character for maximum effect in their melee bruiser role with perks, cards, enhancements and items to consider on your path from level 1 to level 9 or mercenary retirement. Designed to provide you with a level by level approach to building the Brute class this guide also details the key decision points to make during as you progress based on your playstyle preferences and party dynamics. By reading through the full guide you’ll be equipped for any scenario and situation that comes your way when playing as the Brute with a quick guide section also included to serve as a simple reference while playing.

With a blend of tanking abilities and damage the Brute is a durable character that can absorb some damage for team mates, mitigate damage dealt with shields and move enemies around the map to protect allies. The Brute is not intended to be a full tank though with a number of damage cards that allow them to output damage with a general theme of turning movement into attacking power and area of effect attacks. As a starting class in Gloomhaven the Brute is generally easier to play mechanically which make it an ideal character in an initial party or for a first time player to learn the game. The Brute is far from one of the overpowered classes in the game though and they are also weakened by their large number of middling to late initiative cards that can make planning your turns difficult given so many of them rely on enemy and ally positioning.

Thematically the Brute is an Inox character that comes with a high health pool and a reasonable hand size of 10 which gives you some ability to absorb damage through cards or burn a small number of cards for your own damage. Your hand size is not large enough to make cards your primary source of damage mitigation though so players need to carefully position themselves and use their other available tools. Players encounter a number of other Inox characters throughout the campaign who like your own character are presented as possessing great strength and size with most living life in a nomadic way. 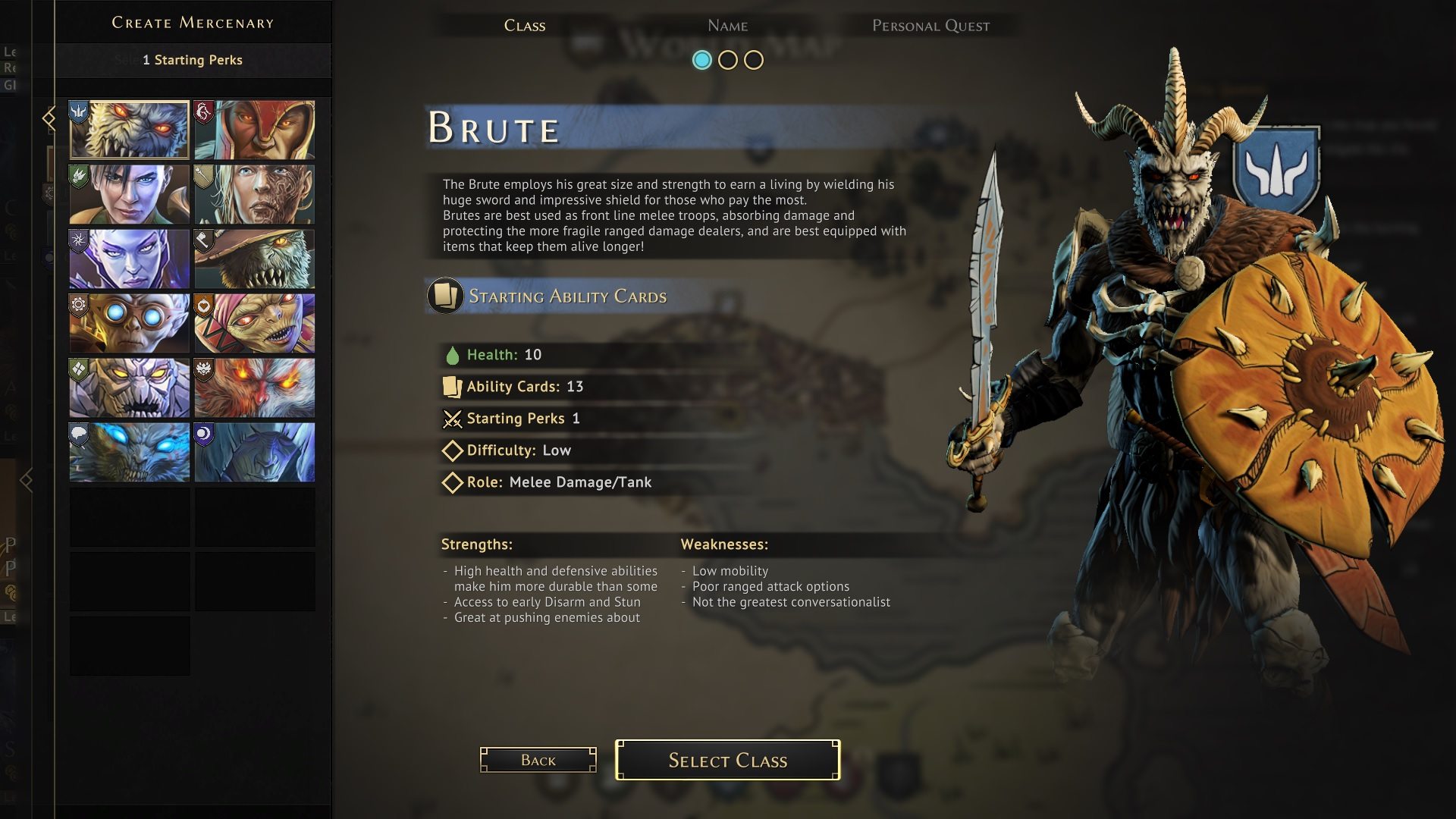 This overview section of the Brute guide is designed to give you a quick reference while playing Gloomhaven and captures the upgrade path that will be useful for the vast majority of players and situations. This path is one based on maximising damage where efficient to do so while grabbing key movement and defensive abilities to ensure the Brute can survive a few hits in the front line. Damage is important in Gloomhaven as it’s often more effective than dragging fights out through damage mitigation that makes this the best default playstyle. There are some potential tweaks you can make to this summary section which are all discussed in the detailed section for those that want to min-max for specific situations. These decisions can also be used to push the Brute closer to a damage dealer or tank which will often come down to party size and composition although as a general rule smaller parties will often want more damage while larger parties will want some additional durability. 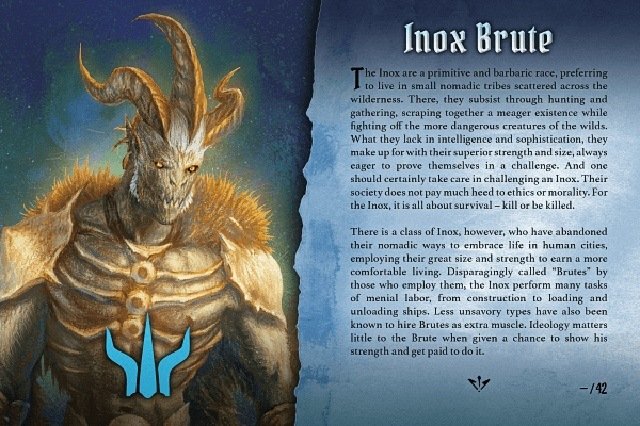 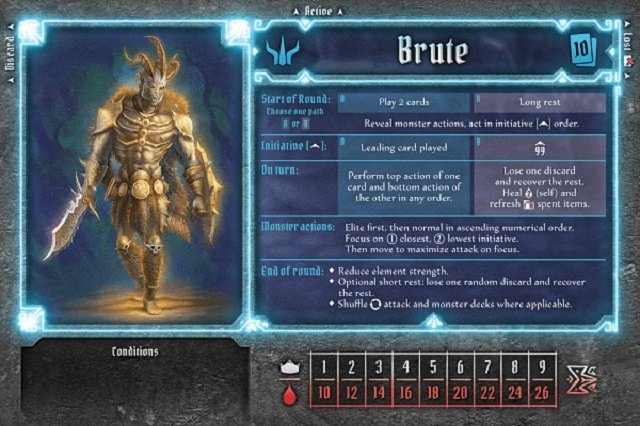 This section provides further detail on decisions you’ll have available to you when playing as the Brute and covers some of the situations where you could go either way with a particular card after a level up in particular. These decisions will be primarily influenced by your own party dynamics, difficulty and party size as they have the greatest impact on Gloomhaven gameplay. Note that the Brute has a number of cards based around retaliate that I don’t recommend form a major focus of your card build or playstyle as its often better to focus on dealing damage instead of relying on this mechanic for damage. This is because of the setup required for retaliate, many monsters have non attack turns that will not trigger retaliate at all and you often have to trade your health pool for the damage to be dealt.

The Brute cards in level order are as follows with each discussed for its use cases and overall power level: 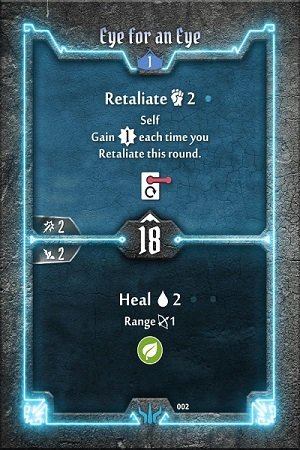 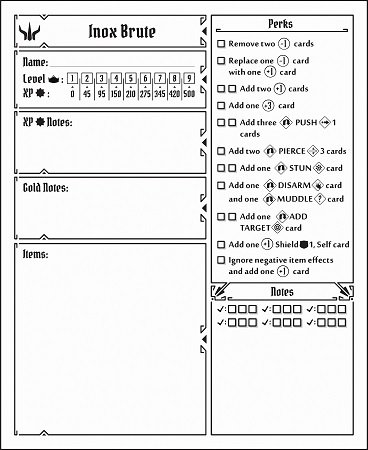 When playing as the Brute you have a clear first priority for perks with the ignore negative item effects perk allowing you to equip Hide Armour and similarly themed heavy armour that would otherwise add negative attack modifiers to your deck. Beyond this absolute must have perk players will want to do the usual clean up exercise of your attack deck by targeting any negatives and then adding any plus options. All of this means greater consistency of damage which is the focus of this Brute guide and allows your planned turns to be ruined less often by a bad roll.

Following this the Brute can acquire some good attack modifiers with the ability to add stun, disarm and muddle onto their attacks which when triggered can help prevent damage and make you just that much better at getting into the thick of battle. Players can also consider grabbing these debuff focused perks a little earlier if you’re leaning more towards a tank role in your party. This is generally the end of usefulness for Brute perks as beyond this they are simply not useful when randomly triggering like pierce and push. Given players can easily push the Brute towards damage or tanking with a few cards your enhancements can vary from player to player based on your playstyle. Before making any enhancement you should always consider how long you expect the card to stay with you and how often you’ll be able to make use of that enhancement in a particular scenario. While the Brute doesn’t necessarily hurt for gold as much as some other classes they do have a number of great items that become available with increases in Gloomhaven prosperity so you’ll want to ensure you keep a reserve of gold for those and often are a better first consideration than enhancements.

Enhancing movement is always a good place to start for enhancements and the Brute is no exception with an additional movement added to the bottom of Leaping Cleave given it stays with us for the entire adventure although does sometimes put us in the awkward position of wanting to use both the top and bottom. I like to always use the Air element in generates to enhance Skewer though so the top was never that tempting to me and overall a highly recommended combo of rounds. Depending on your choice of cards you can also add this to any other non-loss movement bottom you have or look to add jump on a movement that lacks that modifier.

Beyond movement buffs you’ll want to add damage through the likes of strengthen at the bottom of Brute Force although this has a good top so consider how you use this card to see if it is the right enhancement for you. One clear winner though is Skewer given the aforementioned combo with wound being an attractive option given the utility it provides against various enemy types although raw damage is equally viable if you have a number of debuffing focused party members already. Following this you can add another hex which feels fantastic when three enemies line up although more realistically will simply give you consistent 2 enemies hit.

There are many other viable enhancements for the Brute if you continue to play this character although make sure you purchase your powerful items before spending on enhancements. Depending on the regular cards in your deck some notable options include Unstoppable Charge top, King of the Hill bottom or Defensive Tactics top although you really can’t go wrong with empowering your movement, attack or attack utilities on cards you use regularly as the Brute. 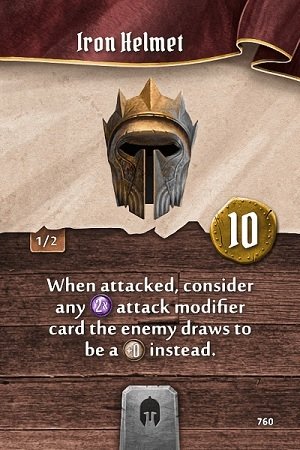 The Brute items focus on minimising damage given they are a melee focused class, adding additional movement to their kit and providing further utility to help mitigate damage for the team. Starting core items include the Iron Helmet that always feels good when it triggers, the Hide Armour to mitigate some damage that is simply unavoidable as a melee class and Boots of Striding to buff our movement.

Beyond these core 3 the Brute can then pick their next items based on personal and party needs with good choices on the defensive side being Heater Shield and Minor Healing Potion while the offensive side you will want to look at Warhammer (pair with area of effect attacks) and Minor Stamina Potion to improve your combos. This is just the tip of the iceberg with the Brute as nearly every Prosperity level offers something that is a slight upgrade and so you’ll want to constantly consider these when you unlock new items. Without significant spoilers items that further enhance your movement (or default movement) are always attractive given your cards themed around movement, stronger variants of the Hide Armour given we are ignoring all negative effects of these anyway, weapon or shields to enhance defence or attack and consumable small items with further utility.