In this Bubonic Conjuror build guide we discuss the powerful active build and how to utilise this elite class to power up your character level and laboratory progression. Building on the chemical and poison fantasy of the class before it the Bubonic Conjuror brings a range of area of effect talents that make them deadly in combat but also an effective lab character. Combined with Raise Dead and some other talents you have a deadly active character that can clear an entire map before raising all the monsters from the dead to repeat the process again.

In terms of skills the Bubonic Conjuror is a specialist of the W4 lab mechanic and like other Idleon skills they have a range of talents that aim to increase their own effectiveness. Uniquely these talents also help your other characters with their lab progression which makes a high level Bubonic Conjuror a must to boost your overall account progression. In this guide to the poison themed elite class we will explore AFK, active and lab based talent build guides which should be combined with our mage and shaman builds. Guides for all other classes and skills are available on our Idleon builds page.

By the time players are able to reach the Bubonic Conjuror advancement you’ll likely have a significantly different Idleon account to another player based on your decisions and upgrades made through the previous worlds. For this reason this Idleon build guide to the Bubonic Conjuror serves as guiding principles to design your build and it cannot account for your specific Idleon account circumstances. 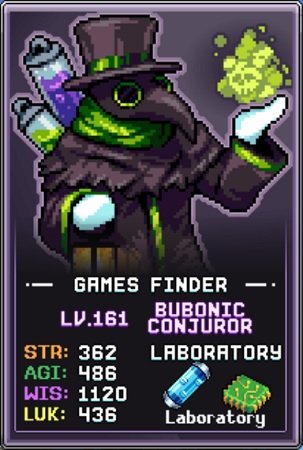 While you can play the Bubonic Conjuror as an AFK character this is far from the most powerful build option when you unlock this class. An AFK build should be used when you are unable to play active (keeping the game open and Auto on) and are seeking to gain some class levels for more talent points to empower your active or lab based build further. Given the significant overlap in talent point focus areas between AFK and active builds I will be detailing the best active build below which can also serve as your AFK build and then leaves the remaining talent preset for your Bubonic Conjuror lab build.

The core of the active build is as follows:

Because of this loop players should ensure they have Tenteyecle (Shaman talent) at the highest level possible by using the talent book library in World 3. You will also want to setup your active talent bar as follows, this is important as it ensures the game prioritises casting Raise Dead when available and limits use of slower active talents from your past mage classes. Note that Sizzling Skull and Auspicious Aura are optional and should be included when you need the extra damage (particularly for crystal monsters that spawn while playing active).

With that in mind your priorities for the Bubonic Conjuror build are to maximise your damage output. This makes for a relatively simple talent build focus as follows:

The Idleon laboratory is a W4 mechanic that provides various unique powerful bonuses for every character that is uploaded to it and connected to nodes or jewels. Levels in the lab also unlock slots for chips that give bonuses to characters outside of the lab and are similarly unique and powerful additions to your characters. While cycling characters through the lab is an option to get a base amount of lab levels on all characters the Bubonic Conjuror has a talent that can help improve lab levels for those outside the lab at a reduced rate.

While your lab goals will vary over time the Bubonic Conjuror has all the necessary tools to maximise this W4 skill with the following talents: