Our Killing Floor 2 multiplayer overview answers key questions including is Killing Floor 2 cross platform/crossplay and is Killing Floor 2 split screen before you purchase this horror FPS title on one of the available platforms. With multiplayer being a core mechanic of the franchise players often want to play with friends or take their progression between platforms given the importance of class perk levels that are acquired over time.

Killing Floor 2 (KF2) originally released in an early access state for Windows (Steam) in April 2015 with an eventual full release on both Windows and PlayStation 4 in November 2016. The Xbox One platform was added to the Killing Floor 2 list of platforms in August 2017. In July 2020 Killing Floor 2 saw a second Windows release on the Epic Games Store which coincided with the ability to claim a free copy between 9 July and 16 July. This free Epic Games Store opportunity was repeated in 2022 between 7 July and 14 July. 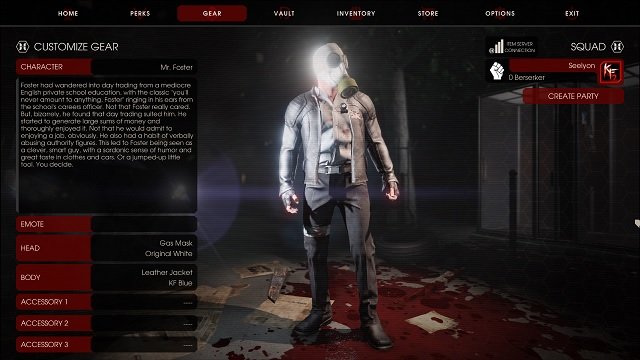 Killing Floor 2 does not support crossplay between PC and console platforms or between console platforms. As a result it is not possible to play with friends on a different platform although it is possible for Steam and Epic Games Store players to play together by joining the same game lobbies. Additionally, while Killing Floor 2 has been released on multiple platforms (cross platform) there is no cross progression available so owning the game on multiple platforms will not allow you to use the same account (this includes no cross progression on Steam and Epic Games Store despite both being PC).

The table below summarises the Killing Floor 2 crossplay interactions between game versions:

Killing Floor 2 split screen is not possible on any game platform (PC, PS4 and Xbox One), multiplayer is only possible through the internet game lobbies with players owning their own copy of the game and necessary hardware. The Killing Floor 2 PC and console titles are fundamentally the same core experience with players fighting their way through waves of ZEDs solo or with other players after selecting an associated class perk with a unique playstyle. However, the console versions have the following notable differences compared to the PC version:

For this reason if you can select which platform you play Killing Floor 2 on the PC version is generally recommended, it also has the largest population size of the available platforms. Note there are also some Steam specific features (e.g. Steam Workshop) not available on the Epic Games Store version of the game. 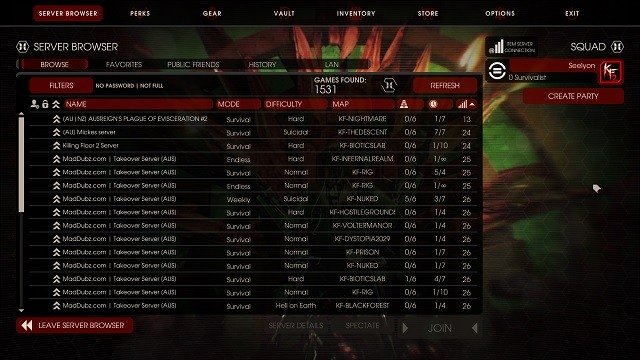 In order to play Killing Floor 2 cross platform where one player owns the Steam version and the other player has the Epic Games Store version you will need to both play on an Epic Online Services appropriate game lobby (read more in the official Tripwire Interactive announcement here).

To become friends across these platforms players can follow the steps in this reddit thread to link their Steam account to Epic Games. A faster alternative to playing with a Killing Floor 2 cross platform friend is to simply both use the in game server browser to find the same game lobby while joining it separately without partying up first.