Maximise your ore gains with our Idleon mining build guide designed for your Warrior class characters. Regardless of your current progress in Idleon MMO ensuring a steady stream of copper, iron, gold and beyond to fuel your various account upgrades and equipment crafting is a key pillar of your Idleon account. For many the search for a mining guide begins when they question how to mine gold in Idleon as this is the first large increase in mining efficiency requirements with the cycle repeating for each ore from this point onwards.

With skill presents added to Idleon in version 1.23 (released August 2021) it’s now even easier to have both a deadly Warrior and miner build in the one character and swap between the two preset builds in town as necessary. The bulk of this guide is intended for those pre level 70 and W3 wanting to maximise their ore gains with a dedicated mining build for your Warrior but does also include all late game options for those in W3 to optimise every last percentage of mining efficiency. In addition to this guide I recommend players refer to the popular and regularly updated Idleon Companion for build ideas and setups along with GlacierFrost2’s Builds that is useful in planning your own builds.

This core section covers the heart of every mining build in Idleon and includes the mechanics that players in W1 or early W2 are going to have access to. If you are already established in W2 or have reached the elusive W3 then be sure to read both this core mining build section and the extra section at the back of this guide.

Like any idle skill in Idleon your objective with mining is to increase the following elements to improve your gains: 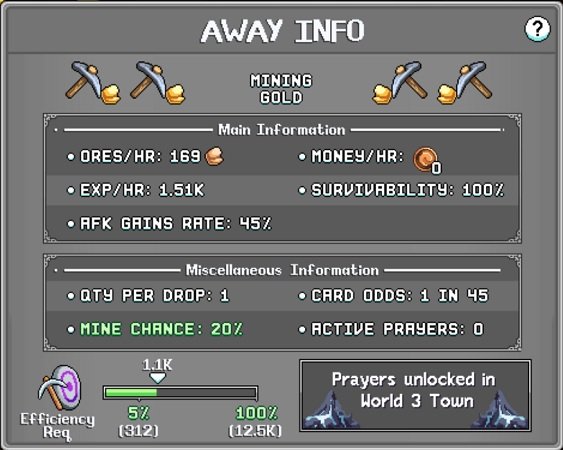 Skills are the first step in creating a successful mining build for Idleon and have the biggest early game impact to your Idleon mining efficiency. When mining is your main objective as a Warrior class you’ll want to have a fighting preset to gain levels and then a mining preset.

Given Idleon is a diverse game with various mechanics, progression pathways and goals you should always spend skill points slowly and see how each choice impacts on your current objective if you want to truly min-max your results. The below is a guide intended for the majority of situations and details the reasons why skills are maxed in this order to give you the necessary knowledge to deviate as appropriate for your situation.

While talents below are presented in approximate order of skill levelling you should read all the information below for each tier before using talent points. Note that the max level of these can be increased with the W3 Talent Book Library and will be key to mining the highest ore types.

Tab 1 skills should be considered as follows: Tab 2 skills should be considered as follows: Tab 3 skills for either Barbarian or Squire should be considered as follows: Special Talents should be considered as follows:

Equipment provide some of the largest boosts to mining alongside your talent selection and you should always strive to have the best gear currently available to you. Don’t forget to use upgrade stones as appropriate to boost your equipment item stats even further although this is only a minor boost compared to the base stats. 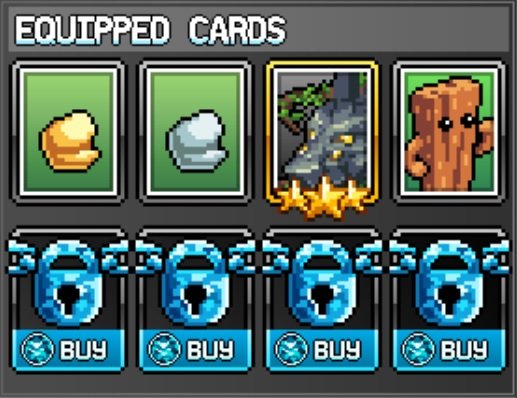 Cards should not be overlooked in creating a strong mining focused character to carry your Idleon account. If you are able to defeat any of the monsters or perform activities necessary to acquire the cards below then it can be a worthwhile investment into your account to build these up. Cards in order of priority for a mining build are listed below although the exact order will depend on your account upgrades, players should equip as many as their card slots allow and that they have access to:

If you have any set effects available you should equip Easy Resources & Hard Resources & Medium Resources in that order of priority.

Star signs for your Idleon mining build are very straight forward and should be prioritised as follows noting that players should equip two if they have the necessary unlock to do so. 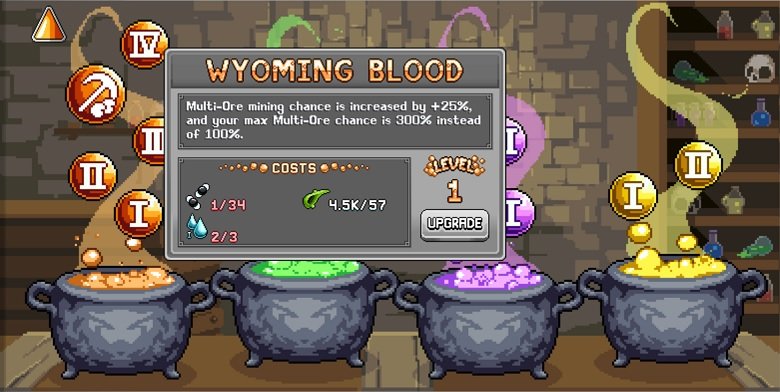 The orange Power Cauldron in Idleon offers a wealth of bubbles to boost your mining potency in a mining build. There are also some minor boosts available in the High-IQ Cauldron (All For Kill effects Big Pick) and Kazam Cauldron (Prowesessary) for the ultimate min-max approach. Players should primarily work up the orange cauldron for mining gains though and upgrade the bubbles as they have the necessary resources. The bubbles listed in order of unlocking is:

For alchemy vials there are not many effective options until you approach the later stages of your mining journey and unlock Void Ore and its corresponding Void Vial. Prior to this I wouldn’t focus on vials as a method of gaining improved mining output as it is limited to extra talents and other indirect boosts that you are likely to obtain anyway for other reasons.

For the true min-maxer these are other useful sources to boost your mining output. I consider these to be extra optimisations as they often require significant investment (time or resource), far overall game progress or in the scheme of things just aren’t where the bulk of your mining ability will come from. That isn’t to say they should be completely ignored to maximise your ore gained but you’ll often see better overall account progress by focusing your investments elsewhere first. 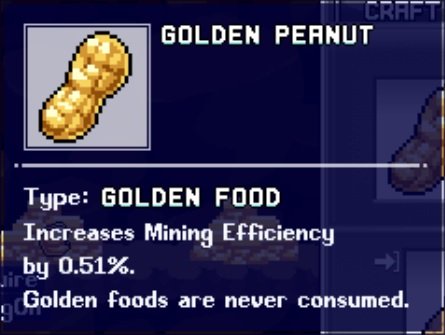 Food can often be an overlooked way to get another core chunk of efficiency to your mining character. Players should equip the following foods where possible: 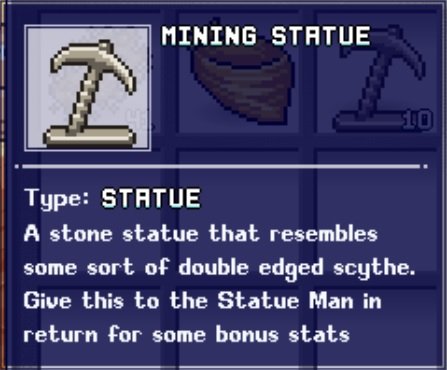 For statues you want to make sure that you are giving your miner as many of the following statues in the early game. This will be predominately mining and health statues due to the lack of the other statues during your W1 progress. Once you reach W2 these bonuses become account wide so using them on your mining build character is less important.

There are a number of stamps that boost your mining prowess in Idleon. I would not prioritise these over more general stamps such as damage, accuracy, defence or health as these are likely to be vastly more useful for your overall account. However, if you have spare resources and your other stamps are getting expensive the following are an option: 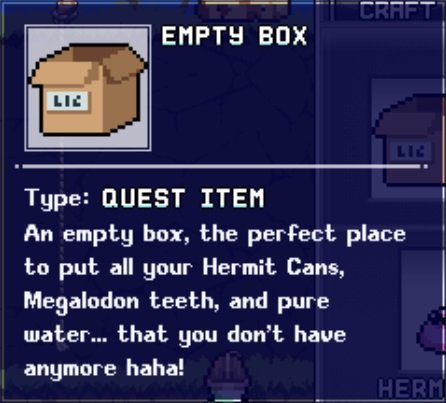 The post office can be a long journey to unlocking boxes for your character builds. However, for the diligent daily quester you’ll have a wealth of boxes to invest into the Dwarven Supplies box should you want the extra efficiency.

Keep in mind that for the Post Office you gain the vast amount of benefit (75%) at 200 boxes (out of 400 shipments) so anything over 200 in Dwarven Supplies is potentially more useful in Locally Sourced Organs to maximise your HP with the necessary alchemy talent (do the comparison on your own specific account though). 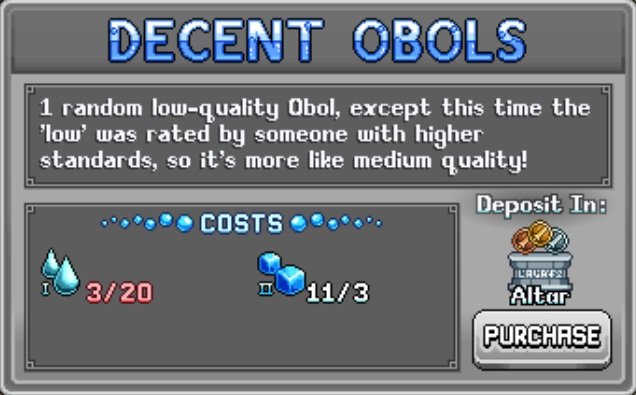 Obols have a smaller impact than other mechanics on your mining potential and another mechanic that investing in strong family Obols is likely to be more useful at the start. If you are beyond that point though getting a set of nice Obols for your miner build can push your ore limits further. The following Obols can be obtained and used (Bronze, Silver, Golden, Platinum and Dementia) to boost mining in order of benefit: 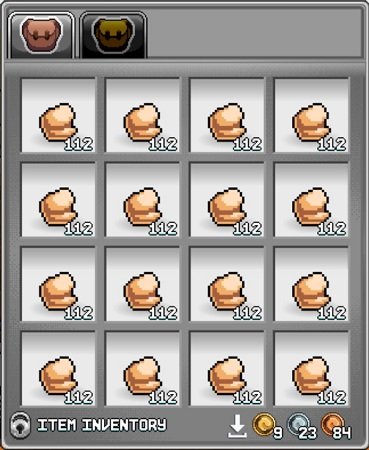 Shrines are fairly basic when it comes to mining given there are no direct boosting shrines for your efficiency. That being said players still have two potential shrines that can provide some benefit while you swing your pickaxe at the ground. 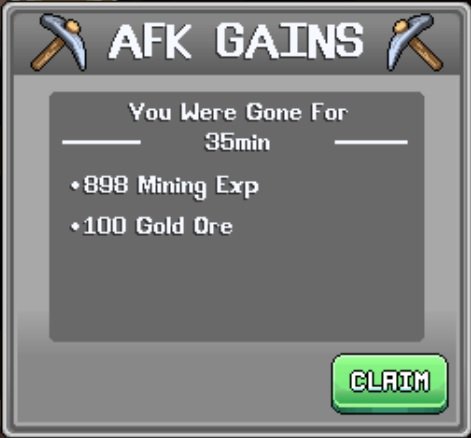