This MapleStory Afterlands guide provides a walkthrough to obtaining all keys while avoiding potential bugs of the quest line. The quest is a popular choice for early to mid game character progression as the Afterlands rewards permanent totems while also offering a large chunk of experience to characters from level 75 onwards (approximately 10 levels). Uniquely during this quest players can also make a permanent change to their tombstone colour that is shown on death. 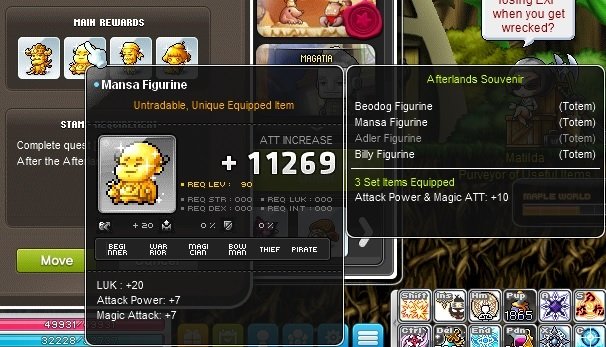 Like many things in MapleStory the Afterlands is far from perfect though and on release in particular was littered with bugs that could potentially lock you completely out of obtaining these unique totems on that character. Over time the majority of these Afterlands bugs have been weeded out so you can for the most part progress without concern. However, following a guide is still recommended to ensure speed of completion, any unfixed bugs are avoided entirely and can be a useful reference if you get stuck in the Afterflands.

I’ve personally completed the Afterlands quest as a training method on my main account and dozens of mules (for Legion or Link Skills) for the stats the totems provide and I find it serves as a good alternative to the standard MapleStory levelling guide areas that are often suggested. The quest can be completed in around an hour when following this guide for the first time and if you intend to complete it multiple times you can get that down to around 45 minutes with practice through repetition. This MapleStory Afterlands guide is applicable to both Reboot and Normal server accounts given the content is identical and features a range of quest story spoilers from this point onwards.

Afterlands is unlocked once a character reaches level 75 although does not need to be completed straight away. If you are wondering how to get to the Afterlands, like most important quests it is accessible via the lightbulb icon on the left of your screen. The opening quest is called “A Call For Help” and after players accept they will be transported to the starting quest area.

Before accepting this quest players should ensure they have sufficient potions, equipment, inventory space (across USE and ETC inventory tabs) and don’t have any other MapleStory business to complete. ETC inventory space is particularly important as you have to collect a total of 13 keys and a number of other items along the way so having at least 4 lines free (16 slots) is the bare minimum I’d consider. While you can hand in keys as you progress having this large number of slots free makes it easier to identify missing keys using the Afterlands keys guide list at the end of this article.

Note you can also move in and out of the Afterlands quest although I always recommend you complete it in a single sitting where possible to limit any bug risk. Note that the ability to leave the Afterlands is only available at around a third of the way through the quest as well. If you are looking for how to go back to the Afterlands this can be done through the Maple Guide or Dimensional Mirror in most towns.

Other important details when completing the Afterlands quest include:

After accepting the quest players will be teleported to one of several situations that you need to save the Old Man from, all of these are futile exercises though with players ending up dead. Waking up in the Afterlands location players are meet by Ashkaya who serves as the guide for your adventure ahead. Once available players should basic attack the bush in front of the large door to reveal the 12 locks and follow the prompts to be transported to the Land of Warriors which is where the real Afterlands guide requirement begins. 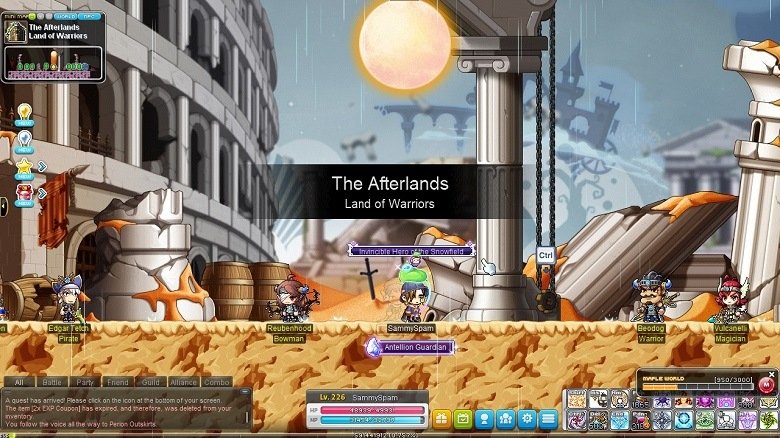 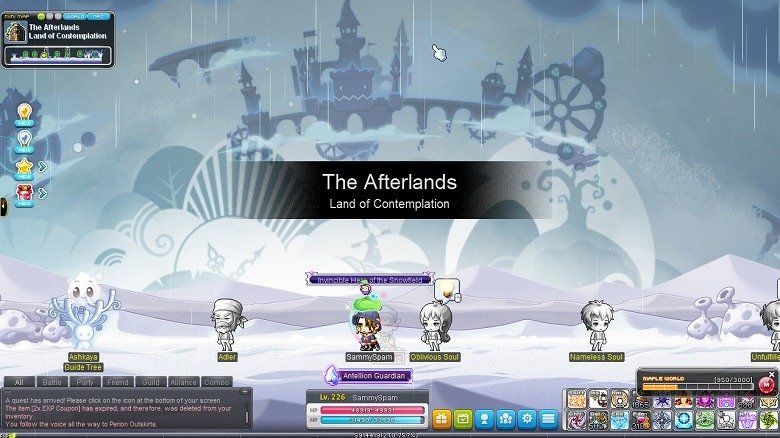 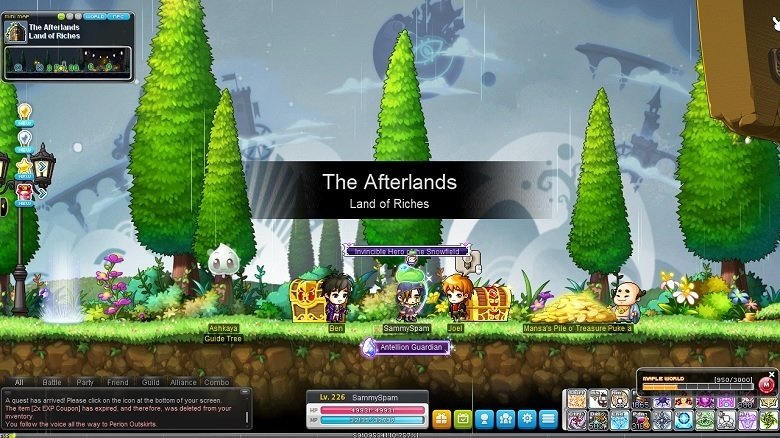 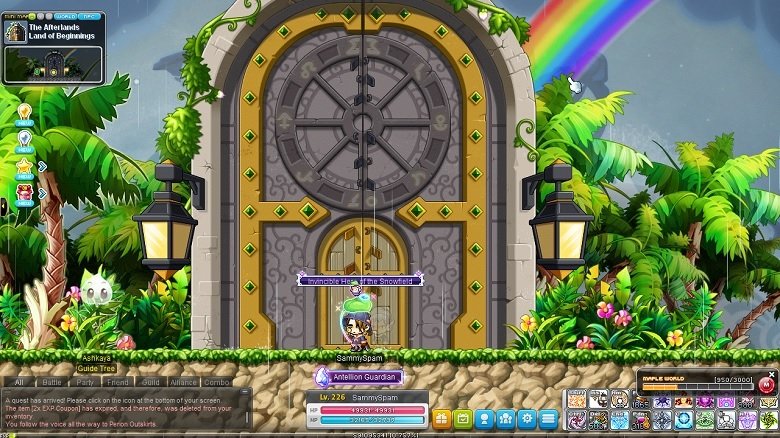 If you find yourself missing a key at the end of the following this Afterlands guide walkthrough you can refer to this key list of all keys presented in order of the locks on the door and search the text above to figure out which steps were missed: