MapleStory Best Medals & How To Get Them

What are the best Medals available in MapleStory and how can you get them for your characters? While not providing the same boost to your damage output as other item slots as they cannot have potential or be flamed medals are still important to min-maxing the stats of your class. When it comes to the best medals there are a a few options available on the path to the absolute best in slot medal.

The best medal to acquire has changed over the years with the MapleStory meta and some medals are no longer available due to the retirement of events or content. However, medals are now in a stable place with no significant changes in recent patch updates and little expected in 2021 or beyond. This guide can be combined with our other MapleStory articles on the best inner abilities, link skills, medals, titles, totems, legion and pocket slot unlock guide to maximise your main and alternative character power. 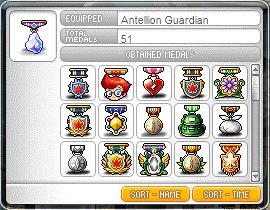 This medal guide lists out the best medal options in order of best to worst that are currently available and includes several options so that players have a pathway while they work towards the ultimate best in slot option. Given medals are far from the most complex item slot in MapleStory this list is equally effective for Reboot and normal server players. Each medal covered below includes the stats, how to obtain it and other general considerations. 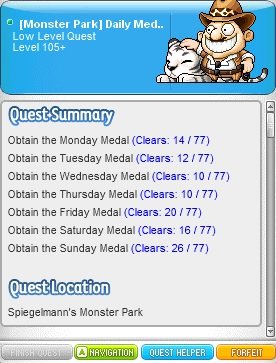 The ultimate medal for MapleStory bossing due to its unique IED that is not available otherwise in the medal slot. While the other stats are slightly lower than the other MapleStory best medal options here the keen bossing player would be well aware just how valuable this IED is and the limited game sources to obtain IED otherwise. While this medal is definitely not required to clear mid game bosses like Chaos Root Abyss beyond this point it can be an item worth obtaining on the best MapleStroy bossing characters on your account if you plan to face the end game bossing challenges.

The problem with this medal though is the effort required to obtain it with players having to complete each day of Monster Park 77 times (a total of 539 runs!). Given you can only do 2 free runs for each day this is potentially a nearly two year investment per character although spending Meso (in Reboot) or Maple Points (Non-Reboot) can bring this timeframe down to just over 2 months. For this reason I recommend most players only invest this time and currency on their bossing main that they intend to take into end game and something I’m still working on for my main as pictured due to other more enjoyable priorities. 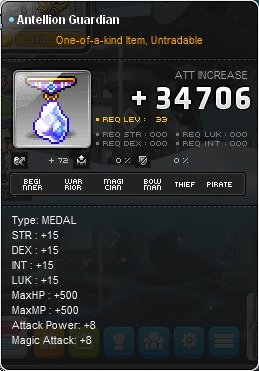 For most of the MapleStory player base this is the medal you’ll have equipped and even those that have the Monster Park Medal above will get slightly more damage from this when not bossing as IED is not required against normal monsters. In order to obtain this you’ll need to complete the Masteria Through Time blockbuster storyline which will take at least a 3-4hr investment but does also give you a free android. If you’re a fan of the blockbuster content in MapleStory though and need a high rank android anyway there is little reason to not tackle this content on your main characters. This medal has suited me into the mid 220s and up to Damien/Lotus parties without issue although beyond this will likely need to be replaced with the Monster Park medal instead. 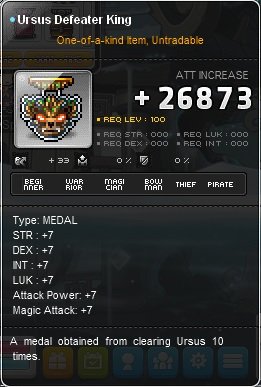 An alternative option to the Antellion Guardian this option sacrifices some all stat bonus but isn’t the same time investment. This makes the Ursus Defeater King medal the ideal option for your alt characters that need a little bit more power but you don’t want to commit to finishing the blockbuster again. This medal is often overlooked and given it not far from the best medal in raw stats it can even be perfectly suitable until you get a Monster Park Medal or as the only medal you obtain on the bulk of your non end game bossing characters.

From the screenshots of the medals above you can see the damage difference is around 8k on my current level 226 Night Lord so there are likely higher priority upgrades in most circumstances. In order to unlock this you’ll need to defeat Ursus 10 times and then claim the medal from Jawad as you do for other rewards which is possible to do within a week if you use your three daily Ursus entries and your server is regularly running Ursus. If you’re finding Ursus parties hard to find due to your playing hours then you’ll be forced to focus on Antellion Guardian instead.