With this MapleStory Commerci guide you’ll be equipped to maximise the Denaro returns for your solo trade voyage or party quests (PQ) in this trade themed location of the Maple World. With Commerci unlocked players can use it to obtain the popular Sweetwater equipment which are often best in slot options at various stages of your MapleStory account progression. Requiring players to complete a prequest before gaining access to trade voyages and the Commerci party quest (Merchant Union Trade) there are many elements for players to learn to achieve optimisation.

This Commerci guide covers the full suite of Commerci Republic mechanics from the questline to the specific mechanics of everything you unlock (solo voyages and party quest) after the required prequest is finished. 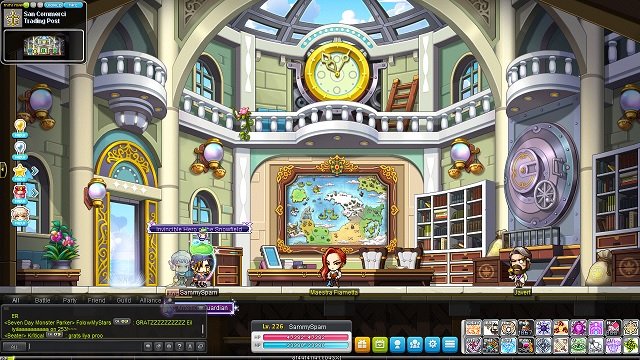 While the full Commerci questline is a significant exercise players need to only complete the initial section in order to access everything that the Commerci Republic has to offer. Players can opt to complete the full quest line as alternative to traditional MapleStory levelling and given the other rewards it offers (medal, epic potential scroll and mastery books). The completion stamp also provides an easy method for those looking for how to get to Commerci with the fastest option.

In order to initiate the Commerci prequest (and how to get to Commerci initially) players can either: 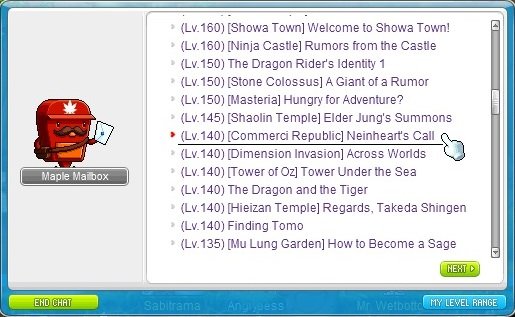 Players will be teleported to the Ereve to talk to Neinheart and Cygnus before being transported to Lith Harbour to talk with Parbell before reaching the island of Commerci Republic and meeting with Mayor Berry.

From here you can follow this summary quest guide to finish the MapleStory Commerci preqeusts quests:

With the Commerci prequests completed you’ll now have access to voyages which are the solo option available to earn the important Commerci Denaro currency. The below trade voyage guide provides a brief overview of the mechanics and an efficient voyage setup for Denaro generation.

The basic mechanics of solo voyages are: 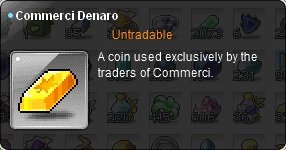 Maximising Denaros through solo voyages is a common objective of many MapleStory players as they seek the best route for the most Denaros. While you can optimise your solo Commerci voyages for vessel experience and bosses I recommend most players optimise for Denaros when doing solo voyages as obtaining the Sweetwater Monocle and Sweetwater Tattoo is generally your primary goal. After you have met these needs (or don’t plan to sell extra for profit) you can use shift your focus to bosses for other Sweetwater equipment and the treasures if you want to continue running Commerci voyages.

The MapleStory Commerci best route to obtain the most Denaros each day is:

This results in 32 Denaros earned per day and includes the Denaro bonus for quick completion which is basically guaranteed. This setup also assumes you have unlocked 4 ship cargo capacity which is available at Cargo Skiff level 3 which only requires the tutorial and a few voyages.

This can be increased to 33 Denaros per day if you unlock Rosa (10 Denaro cost) which unlocks the Stlylish Glasses as a cargo option for profit. With this unlocked for one of your Luna voyages you trade 1x Stylish Glasses, 1x Organic Leather and 2x Commerci Soap and should be performed if you plan to do more than 10 days of Commerci voyages as you’ll go beyond the breakeven on the Rosa unlock cost.

While there are some higher Denaro options available for serious grinders of Commerci voyages these only come out ahead after around a year of consistent daily Commerci voyages as they rely on ship upgrades and unlocking new locations and thus I do not recommend them. If you’re wondering how to unlock Herb Town or other Commerci locations the below table is a summary of the voyage locations that are available. Note that players often miss that the locations are split across two maps with a small arrow in the top right of the Commerci commerce map to move between them (arrow bottom right to return to default map). 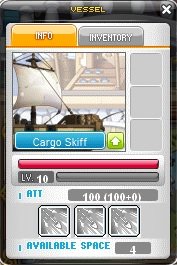 In general it is not worth pursuing a ship upgrade when doing Commerci voyages due to the Denaro cost unless you are a serious grinder and intend to perform solo voyages for over a year. At this point the effort and investment required to upgrade to Dreadnought for the improved maximum energy can eventually pay off for the investment. Accordingly, for the vast majority of the MapleStory player base you should ignore Commerci ship upgrades entirely.

The MapleStory Commerci upgrade ship option is accessed from your character equipment screen and the “vessel” button at the bottom right of that screen. 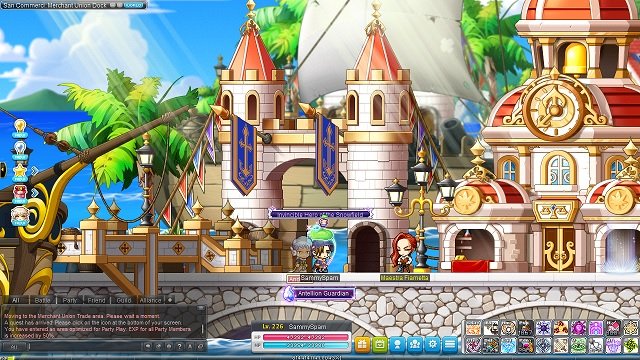 An alternative to solo voyages is the Commerci party quest (PQ) which gives players more opportunity to earn Denaros and treasures. Often referred to as CPQ in the MapleStory community this requires 3 players in total with the easiest method to acquire a party using your guild or alliance chat.

The PQ guide below details the basic mechanics of the Commerci party quest:

MapleStory etiquette for the Commerci party quest involves a group of 3 players completing 3 party quest runs in a single sitting with each player picking which run of the 3 they want before starting. The player that calls the run will generally do all the killing and get all the loot drops while other characters stay at the top on the ship sails to prevent pet loot and interference. If you are unable to defeat the monsters that spawn ask for help in clearing your waves. 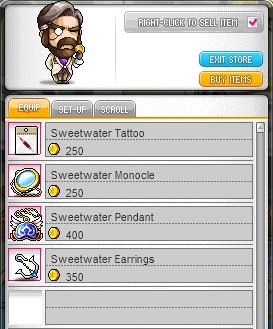 The Commerci equipment and Commerci weapon are dropped from boss monsters that you encounter during solo voyages and party quest completions. These items are extremely rare and thus the Sweetwater set is rarely used or seen in practice. The weapons themselves are slightly less rare and they can be an okay stepping stone for some characters if you are able to obtain one on the MapleStory Reboot server. For a small number of MapleStory classes the Sweetwater weapon for their class can even compete with best in slot weapons due to the inherent boss damage and IED on these items.

For the majority of the playerbase the only Sweetwater (SW) items you’ll use (which do not contribute to the Sweetwater set) are the Sweetwater Monocle and Sweetwater Tattoo. These will be best in slot for most characters as they are only beaten by extremely late game face and eye equipment and are bought from Javert in the Trading Post for 250 Denaro each. That isn’t to say the Sweetwater Earrings and Sweetwater Pendant aren’t used and both have been best in slot at various stages of the MapleStory meta but the high cost and transposing requirements to make them powerful means they are only a longer term goal for players at end game.