This Portal Knights warrior build will give you the attributes, talents, skills and equipment you need to maximise your durability and damage as this popular melee class. Whether you’re a solo player looking to conquer the game for yourself or plan to be joined by allies that want to take out the end game content of hard mode bosses this warrior guide will provide you with the knowledge for success and explain each of your available options.

Capable of putting out high levels of damage and equally able to survive large damage values the warrior is a beginner friendly class and often considered the best class in Portal Knights due to these strengths and limited weaknesses. As a master of being in close range with enemies you’ll swing your selected warrior weapons rapidly in the face of enemies while absorbing or regenerating any damage that is returned. Accordingly your warrior build will need reliable sources of damage along with a strong health pool and regeneration ability while utilising the best warrior weapon available at any point in time.

The warriors primary attributes in Portal Knights are constitution and strength that play perfectly into your playstyle. Strength should always be your focus for your attribute points given it has a direct impact on your melee damage. Not only does melee damage allow you to defeat enemies faster it also allows you to take less overall damage either through having life leech equipped or simply reducing the window that a monster is alive to attack you.

Points in constitution are generally not recommended as you’ll acquire some naturally as you progress in levels that is sufficient enough to survive even the hard mode bosses of the game. If you find yourself struggling to survive generally upgrading your equipment or healing items is going to be a better option first. The warrior class has a pretty clear pathway for talent build with only a small amount of variety based on if you’re playing alone, hunting bosses and the equipment you currently have available. These circumstances are discussed in detail below, if you want an option as a default allocation then use the following:

Like other Portal Knights classes the warrior can tweak the above to suit their playstyle and build choice and these options are discussed below:

Level 2 talents are always based on your choice of weapon which may change during a playthrough. Players should be selecting the talent that aligns with your weapon of choice currently which is usually going to be axes or swords. End game warrior builds also can use the fast attacking fist weapon class that does not benefit from any of the expert weapon specialisations in which case the choice is irrelevant unless you are using a backup weapon that has an associated talent. Despite this the Portal Knights best warrior weapon can sometimes be the fist weapon due to its massive attack speed.

The warrior is primarily known for this shout abilities but can also use some other Portal Knights skills that pair nicely with their melee combat focus. With a low mana pool though you’ll need to carefully manage usage of all your skills.

Selecting the right equipment for your warrior will always come down to what you have available and while end game gear is important so is the journey to get there. With a large list of items being directly craftable these should always be your first priority before chasing chest or boss drops which are harder to acquire but generally more powerful as a result.

As a warrior your equipment should focus on the following statistics: 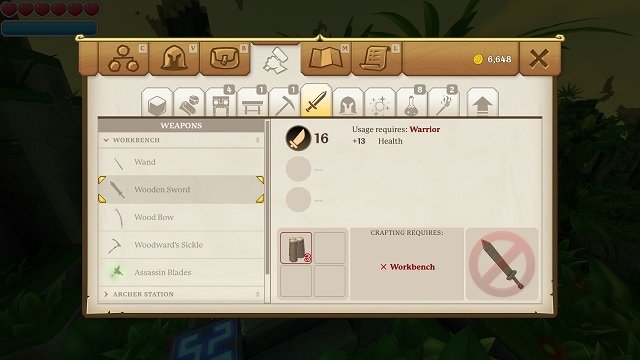 Some potential items in each equipment slot for your warrior build are as follows: