Tarkov How To Level Endurance To Elite Level

Endurance is one of the key Tarkov skills that leaves many looking for how to level endurance and in turn reach elite (max) level for the powerful benefits to your PMC raids. While it lacks easy methods to target level like other skills there are still some small adjustments to your playstyle that you can make to maximise endurance skill points and reach that elite level sooner.

While the fairness of the endurance skill is often debated in the Tarkov community nobody argues against how powerful the benefits are with the hardcore player base often maxing this in each Tarkov reset which makes them even more deadly for the new player to encounter.

Read on to learn more about the minor tweaks you can make to your own raids and exactly why you should pay attention to the endurance skill as you progress. As with all physical skills levelling in Tarkov you’ll want to use the FP-100 filter absorber in your air filtering unit if unlocked in the hideout and be aware of the exhaustion mechanic which limits the progress you can make per raid. The endurance wiki page provides basic summary information that is worth reading as well.

What is Endurance Needed For in Tarkov?

Endurance is needed for two different hideout upgrades with level 1 of the skill required for heating level 2 and skill level 2 needed for security level 2. Neither of these are significant roadblocks to player hideout progress with early Endurance levels some of the easiest skills to level in Escape From Tarkov and likely to be well ahead of this requirement by the time you can perform the hideout upgrades.

Obsession with the endurance physical skill still exists in Tarkov though due to the stamina related benefits it provides that give you a dramatic advantage over other players while also improving your own gameplay experience dramatically.

Benefits of Endurance in Tarkov

All of these have a direct impact on your raid experience with players able to quickly move around the map to loot locations, kill enemies or chase them down.

The overall stamina boost means you’ll be running farther and longer than players with lower levels which many experienced players use to rush to high loot areas and kill any that approach. For the Tarkov Neutraliser that focuses on PvP it also means you’ll be able to flank beyond your enemy expectations and attack them from unexpected angles.

While stamina drain when jumping doesn’t quite sound strong on paper it actually assists greatly with the above as you can take a number of jump shortcuts on maps that would otherwise materially drain your stamina without endurance levels.

For the player that prefers fighting from a distance (or holding corners) the other endurance benefits are well suited to that playstyle with longer ADS time and stronger hold breath that again all turn you into a more effective PMC killing machine.

How to Level Endurance in Tarkov

In practice this means a huge amount of your endurance skill points will come from general gameplay. However, there are still some optimisations you can make to ensure you reach elite (max) level. As this is a numbers game the sooner you can start these optimisations the sooner you’ll be enjoying your max level endurance and be able to move onto equally powerful skills like strength. 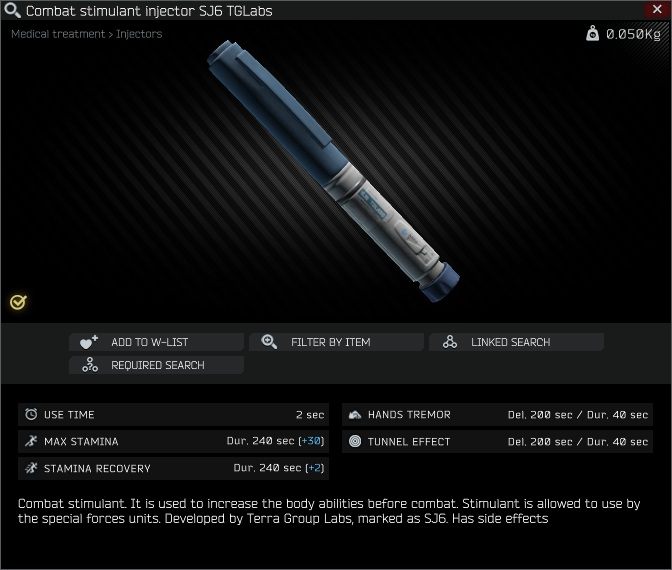 These tips to optimise your endurance skill points gained per raid include:

If you want to learn more about levelling skills in Tarkov visit our other guides on strength, vitality, search, attention, health, metabolism, stress resistance and sniper rifles.