Tarkov How To Level Metabolism Skill

Looking for ways how to level metabolism skill in Escape From Tarkov? Players are often caught off guard in a new Tarkov wipe by the requirement to have metabolism at a certain level for your hideout upgrade path. Thankfully metabolism is probably the easiest of all the core skills that Tarkov has to offer to level up which is covered in this metabolism level up skill guide.

As with all physical skills levelling in Tarkov you’ll want to use the FP-100 filter absorber in your air filtering unit if unlocked in the hideout and be aware of the exhaustion mechanic which limits the progress you can make per raid (although for metabolism levelling alone this is likely to be overkill for this skill given the filter cost).

What is Metabolism Needed For in Tarkov?

Metabolism in Tarkov is required for a single purpose:

As noted above this can catch new players (or forgetful experienced players) off guard and quickly put a temporary stop to their hideout expansion. Metabolism is easy to increase in Tarkov though provided you make some regular simply gameplay choices throughout your early raids. This habit can also be an effective way to gain PMC experience throughout your early to mid levels as well.

Benefits of Metabolism in Tarkov

While a reduction in negative effects is useful given the expanding list of stimulants in the game that players regularly use to heal, remove pain, run faster or carry more weight metabolism is far from the most useful Tarkov skill due to the minor benefit.

For this reason players do not generally bother with max (elite) level and often stop using the levelling guide tips here after achieving level 3 metabolism. This is also important because if you focus excessively on this skill you will not be able to complete the dehydration quest (The survivalist path – Zhivchik) as the elite effect makes it impossible.

How to Level Metabolism in Tarkov 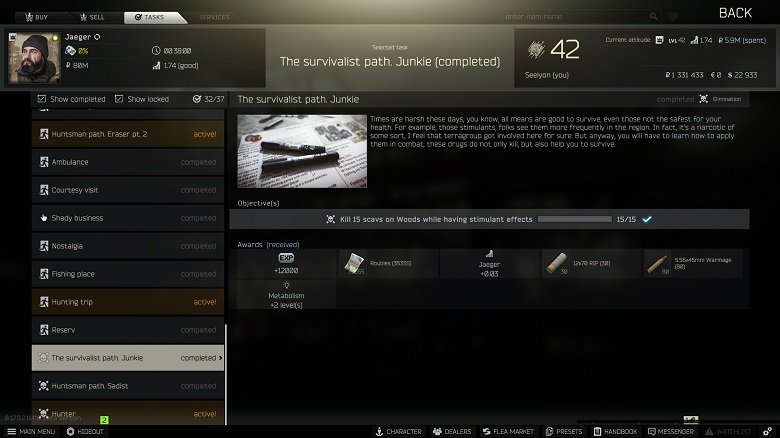 With the Junkie quest from Jaeger not far down his quest line this is going to be the easiest method to secure the metabolism levels required, especially for the experienced Tarkov player as it does require 2 PMC headshots with tremor (cold blooded). Even if you find yourself in this category though the next tip for novice Tarkov players can still be employed to earn the extra level or general PMC experience.

For those that want a passive how to level metabolism option in Escape From Tarkov either because they will find completing Junkie difficult or don’t want to prioritise it over other quest rewards you’ll want to focus on eating food and drink constantly in your raids.

The passive approach to this is simply looting food spawns, stashes and duffle bags during raids and consuming any food or drink as you find it. Keep in mind though that players need to have some missing energy or hydration to earn experience points so swapping between food that removes hydration and drinks that restore it is the most effective way. 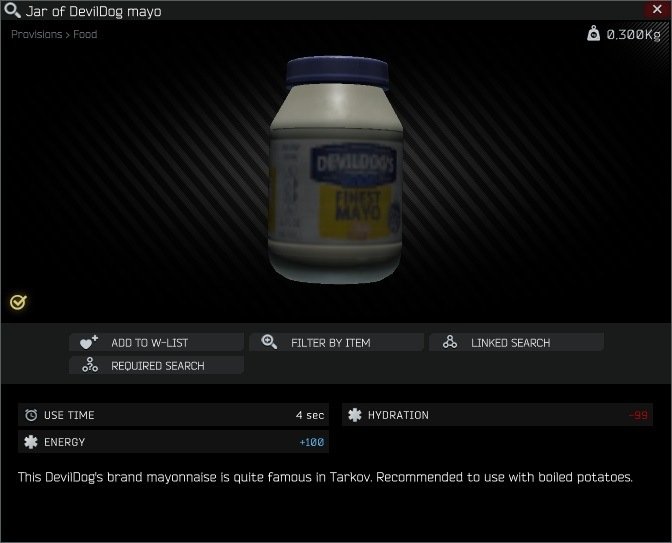 For those that forget to do this and find themselves wanting to power level the metabolism skill up to level 3 your best option is bringing food and drink regularly into raid or at the extreme end finding a quiet location on a map such as Woods or Shoreline to consume multiple food items rapidly. The best items for this are foods like condensed milk and DevilDog mayo due to their price and large reduction in hydration. After eating these foods the player should use some units of an aquamari which restores a massive 350 hydration so using this in small amounts is recommended. With recent changes to this skill this can also be done out of raid if you wish but has been bugged so players should test for themselves if they are earning skill points outside of raid before spending big on provision items. 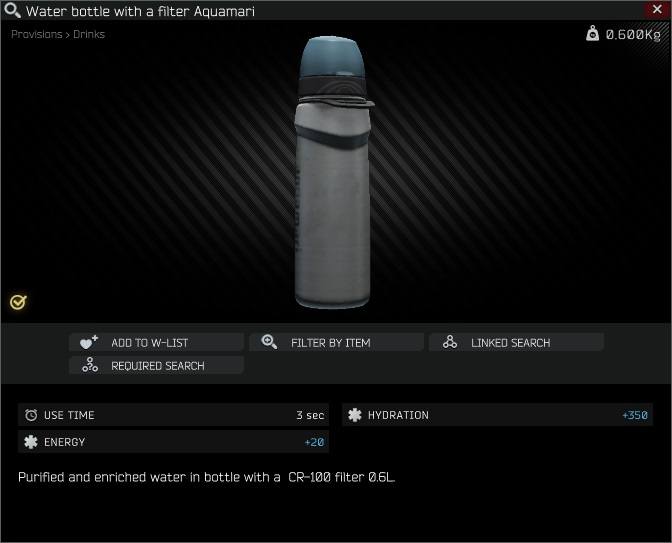 If you want to learn more about levelling skills in Tarkov visit our other guides on endurance, strength, vitality, search, attention, health, stress resistance and sniper rifles.