With three available factions in The Cycle: Frontier many new players wonder what The Cycle best faction is and how to effectively level them to help you advance in the free to play game. Providing players with a source of missions these unique factions are pivotal to your overall account progression and each builds on the lore of the broader game universe with the tasks assigned to the player.

While you’ll likely level each of The Cycle factions to some degree players will often be tasked with deciding which to prioritise given this rank up process requires significant focus, time and resources to be invested. In this guide to The Cycle factions we will detail each of the available factions, their philosophy, theme of missions, how to level up factions in The Cycle and ultimately which you should prioritise for your account progression and preferences.

Factions are at the heart of The Cycle: Frontier experience and provide players with activities (missions and jobs) which give rewards to help you survive Prospect Station and Fortuna III. Not only do these missions and jobs provide you an objective and sense of progression but they also encourage players to fight over similar resources and locations to create conflict on the planet surface between Prospectors. 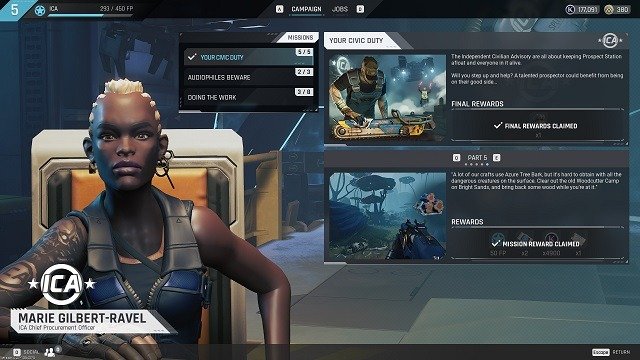 The ICA (Independent Civilian Advisory) are the civilian focused faction of The Cycle: Frontier and focus on supporting Prospect Station. Specialising in organisation to ensure a thriving colony they report to Marie Gilbert-Ravel who is the ICA Chief Procurement Officer.

The ICA quests offer a mixture of resource gathering work to either develop technology for the benefit of all Prospectors or to simply keep the Prospect Station operational. Players will also often be tasked with stashing specific equipment at various dead drop stations across Bright Sands and Crescent Falls to support people on the planet surface. 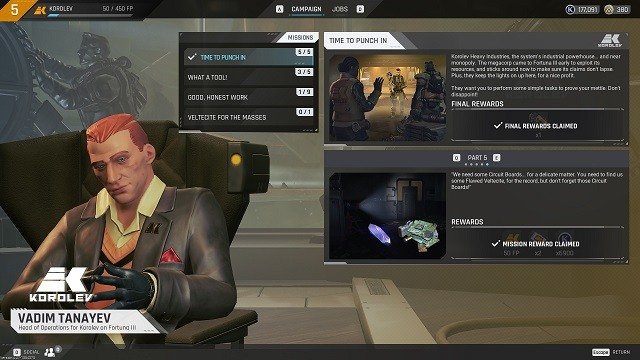 Designed as the industrial faction of The Cycle: Frontier this faction have a focus on using tools and machinery to acquire minerals for construction and wealth. Vadmin Tanayev is the Head of Operations for Korolev on Fortuna III and will happily send you and other Prospectors down to the surface for resource focused operations.

In terms of campaign missions and jobs you are regularly tasked with locating industrial materials such as compound sheets, hydraulic pistons and circuit boards or mining raw resources directly instead. Korolev also fancies their reliable weapon technology so you’ll be tasked with killing alien creatures or other Prospectors with their weapons sold at their faction shop. 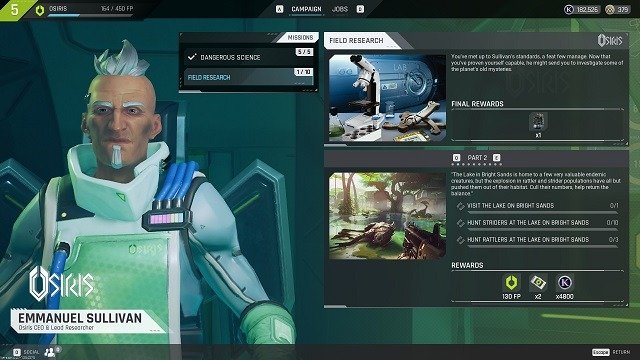 Led by the NPC Emmanuel Sullivan who is the Osiris CEO and Lead Researcher this faction has a focus on scientific endeavours. Attracted to Fortuna III when the hostile environment was discovered this faction seeks to obtain valuable research to develop into patents that can advance our understanding and be sold for profit.

This is reflected in their missions and jobs where you’ll complete research in the field on their behalf by delivering scientific resources or hunting the various creatures with specific weapons or at specific locations. 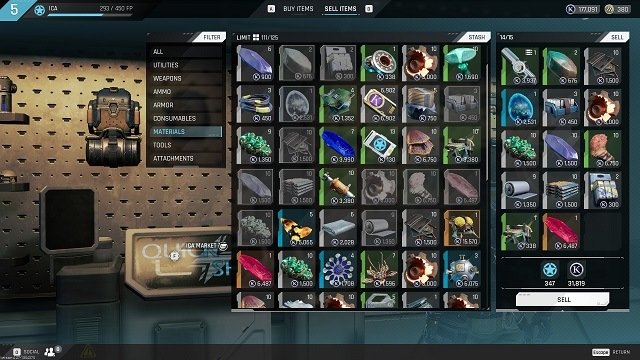 The Cycle How To Level Factions

A new faction level unlocks new jobs and items from the respective faction market which is located in their faction building at Prospect Station. Each faction in The Cycle: Frontier is levelled separately when players earn enough Faction Points (FP) to reach the next rank by completing missions, jobs or selling items to that faction. Your current Faction Points earned for the current rank and the points required for the next rank are displayed in the top left of the screen when talking to the respective faction NPC.

Jobs and missions will be the primary source of levelling factions but players should not overlook the ability to sell excess loot with even simple monster drops like the spinal base from the striders adding up over time and helping you advance through the early faction ranks. The requirements for rank increases in scale rapidly though so while it is relatively easy to reach rank 5 with a faction players will generally need to focus on a faction if they want to reach the highest faction ranks beyond that. This is because you’ll want to use many of the resources acquired to complete missions or jobs, upgrade your quarters or craft equipment which often leaves only a few resources to sell for faction reputation. 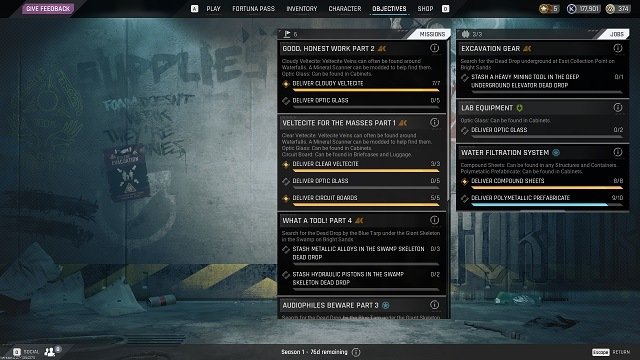 With all three of The Cycle factions wanting your time and resources players will often be better served by focusing on a single faction rather than splitting your attention between them. This is because each faction level unlocks increasingly powerful weapons, consumables, tools and attachments that will better equip you for the PvE and PvP challenges offered by Fortuna III.

All faction unlocks can be viewed in the respective faction store although the following are notable unlocks for each faction:

While within the faction unique weapons each player will likely have their own favourite the most notable early game weapon between the factions is the Manticore assault rifle available from rank 5 Osiris. This Manticore provides a reliable and flexible weapon for a reasonable price that makes it a popular choice to create the best loadouts in the community for both PvE and PvP activities. Osiris also have the benefit of offering strong grade healing items that can significantly boost your survivability once you follow their mission path and complete Developments Part 2.

Unlocking the Manticore weapon and gaining access to the Strong Stim are the two primary reasons why Osiris is currently the best Faction in the Cycle to level first for new players. 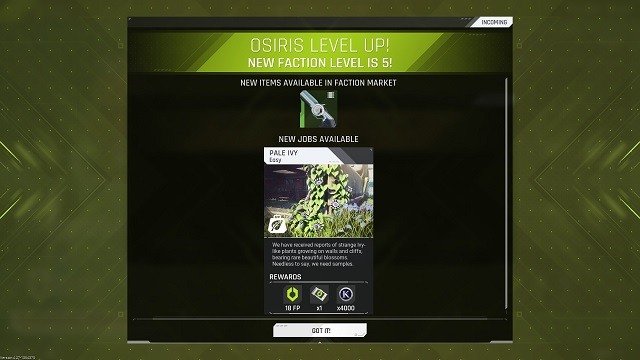 That being said players will not want to ignore the other factions completely though as beyond acquiring these important items noted above the best weapon for you will be playstyle driven. The factions also play a different role in end game content and completing quests across the factions ensures you have a reliable source to obtain Krypto Marks (K-Marks) and the respective Scrips for each faction.

Given players need a balance of these Scrips to upgrade their quarters a balanced approach to mission and job completion is ideal and should provide sufficient Scrips. Players can then sell their spare resources to a single faction of their preference (after obtaining Osiris level 5 as noted above). To pick the The Cycle best faction from this point you should look at the respective options that each faction offers at higher ranks in their shop. In making this decision players should consider the distance they prefer to fight at (short, long or flexible) and if they regularly run with a group or play solo. If you are regularly playing with a team this also opens up the opportunity for each person to focus on a different faction and trade weapons in game if necessary. Players may also naturally gravitate to a particular faction based on the missions and jobs that they send the player on.

Sam enjoys The Cycle: Frontier for its blend of PvP and PvE content and science fiction theme. You’ll find him regularly running duos across Bright Sands and Crescent Falls acquiring loot and fighting other players to maximise the upgrades to his personal quarters.