With our guide to the best loadout in the The Cycle: Frontier you’ll have efficient and effective equipment to get your missions done and have a fighting chance in PvP engagements that you encounter along the way. Focused on white and green tier equipment which are the staple of your early to mid game progression in The Cycle this article explores the pros and cons of your respective options and how to combine them together into the best loadouts for beginners and your budget.

While some of these decisions come down to playstyle, your current objective and if you are playing solo or in a group their are some options that should be strongly favoured to spend your K-Marks on. This can be a combination of factors such as cost to value provided, availability or flexibility offered by the loadout which are all discussed below. This best loadout guide covers armour, backpacks, weapons and healing items to ensure you have everything you need for an adventure down to the surface of Fortuna III.

Starting with the white tier of equipment in The Cycle this will be your best budget loadout and your initial loadout for new players. While this is the worst tier of equipment in The Cycle it is still more than capable of keeping you safe from the common Bright Sands enemies (Striders and Rattlers) while also being useful for loot runs and basic quest completion. Your PvP effectiveness is limited though and you’ll be unlikely to win most PvP engagements unless your enemy is also running white tier equipment. 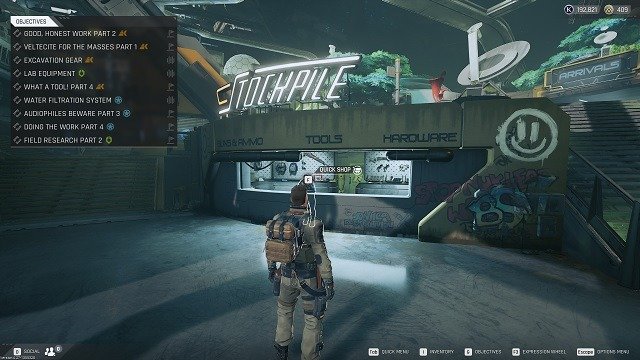 White tier equipment in The Cycle is always readily available to players from the Stockpile Quick Shop located in the middle of Prospector Station and can also be acquired from non upgraded supply crates. So whether you are down on your luck in The Cycle or want the cheapest gear money can buy you’ll gravitate to white items. A white gear set can cost you anywhere from a few thousands K-Marks up to ten thousands depending on your choice of weapon.

The best loadout with white tier equipment in The Cycle will contain: 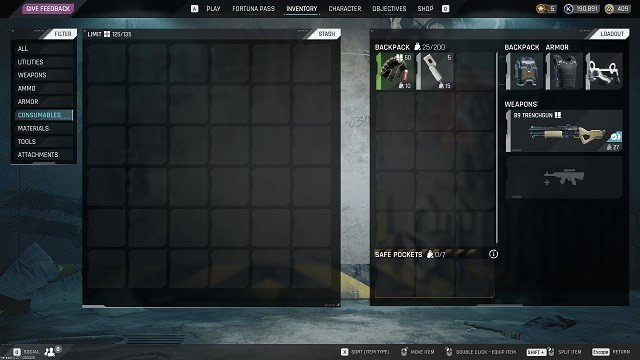 This above loadout gives you decent protection from the dangers of Fortuna III, an avenue to heal any damage you do take and a suitable weapon to defend yourself. If your current objective is likely to have you running to a number of locations in Fortuna III and avoiding all combat players can also swap in the tactical variants to improve your stamina regeneration. In terms of weapon choices players will want to consider the following: 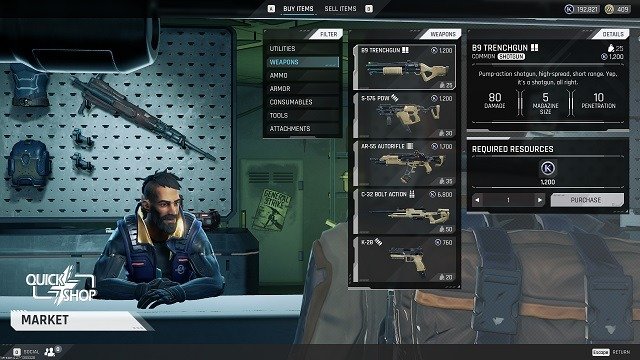 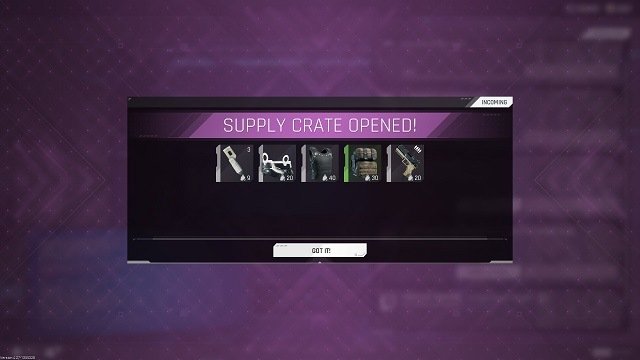 The jump to the green tier of equipment is a big jump in overall power and cost but is likely where you’ll spend the most of your time in The Cycle. The green tier of equipment in The Cycle is an effective PvE and PvP point of progression where you’ll be able to easily dispatch all the Bright Sands creatures and start setting your foot into the weaker areas of Crescent Falls.

Unlike the white tier of equipment that is easily purchased though players you will need to rely on crafting equipment or purchasing from the various factions as the primary methods to acquire these items. Upgraded supply crates can also provide these items as can stealing green tier equipment from other players on the surface. These limitations to availability does mean that some times you may have to return to the white tier temporarily or use a mixture of tiers. I recommend being careful with the latter though as mixed tier options in The Cycle can be awkward and is more likely to put your limited green items at risk then be useful to your goals.

The best loadout with green tier equipment in The Cycle will contain: 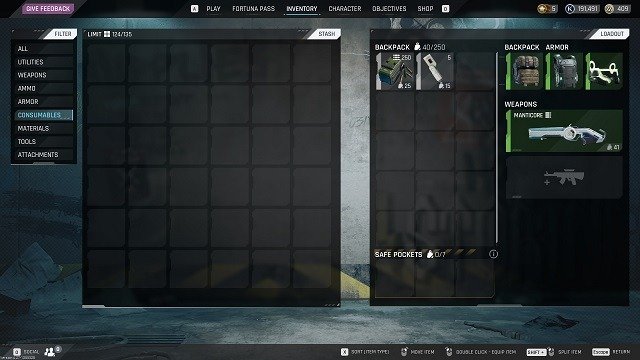 With green tier items you’ll want to upgrade all your core equipment slots to the uncommon variants which are available through the crafting station on Prospect Station. These are reasonably easy to craft though with a combination of Polymetallic Prefabricate, Spinal Base and Altered Nickel required that are common resources across Bright Sands. Similar to the white tier of armour you have choices of the normal helmet and tactical although a restoration variant is now also available that provides some minor healing. Given the price of healing items is relatively cheap the higher armour value of the standard green armours is likely to be your best bet for survival. In addition to survival the larger backpack size of the Medium Backpack in the green equipment tier ensures your successful adventures are significantly more profitable. This is important given this best loadout option quickly gets expensive as it can set you back tens of thousands of K-Marks even though some of the equipment is crafted. 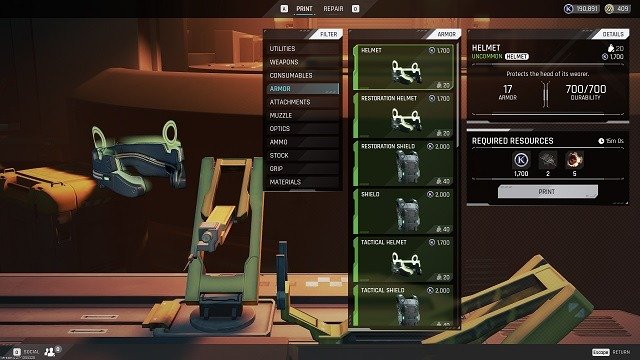 If you have the Strong Stim available from levelling the best faction in The Cycle (Osiris) then these ensure good survivability. If you have not reached that point yet though then consider bringing additional Weak Stims to ensure you can adequately heal damage you take and protect your green tier equipment from being lost.

In terms of weapon choices players will want to consider the following: 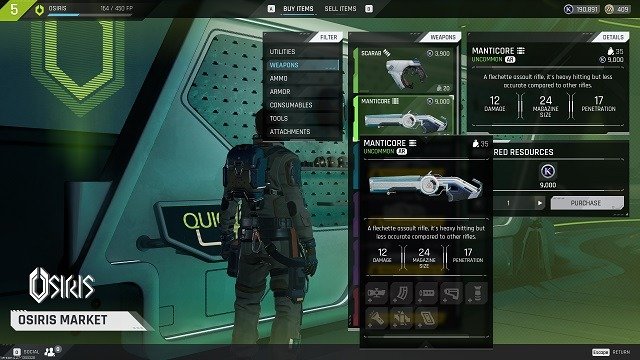 Sam enjoys The Cycle: Frontier for its blend of PvP and PvE content and science fiction theme. You’ll find him regularly running duos across Bright Sands and Crescent Falls acquiring loot and fighting other players to maximise the upgrades to his personal quarters.