The Torchlight 2 Berserker is a flexible character with a number of viable Berserker build paths that the community has developed for this melee brawler. Offering a unique blend of traditional archetypes the Berserker has elements of fast melee attacks, passive boosts, elements of ice and lightning and summoning abilities. With this broad foundation of options there are many choices that you can make in designing your best Berserker build with many being viable for a normal playthrough.

While not as popular as some of the other Torchlight 2 classes don’t discount this fast melee fighter for their ability to output significant damage to single targets. With the abundance of skill tree choices the Berserker can build for damage, durability, swift attacks, slow attacks, auto attacks, damage from skills and everything in between. In this guide to Berserker builds we’ll focus on one of the most reliable options with a dual claw build that maximises your single target damage and passive abilities to quickly move from enemy to enemy while noting some of the other pathways.

Read our other Torchlight 2 guides for Embermage, Engineer and Outlander.

The Berserker blends several archetypes from other action role playing games together in Torchlight 2. You’ve got elements of a powerful fighter through their Hunter skill tree and elemental enchantments through the Tundra skill tree that create an interesting character mix. Most notably though is the Berserker’s Shadow tree which provides you shadowy assassin and summoning powers and also ties in closely to your initial starting equipment of dual claws.

While you can use a number of melee weapons the fist weapons (or claws) of Torchlight 2 are your weapon of choice and come with dramatic attack speed given they are lightweight weapons. Note that claws lack the ability to deal damage in area of effect around the player like other weapons but they do have the ability to ignore half of the enemy armour instead that allows them to quickly dispatch single targets.

With these skills in mind the Berserker is always in the front lines and unlike the Engineer that can absorb damage is more focused on their ability to quickly deal with enemies in combat through critical hits before becoming overwhelmed. This is also reflected in your classes charge mechanic which triggers a Frenzy state when full to boost your critical hits, area of effect damage and movement speed. The Berserkers 3 skill trees are: The Berserker has a range of build paths that they can take but shrines with a dual claw melee focused build at all but the highest difficulty levels of new game plus. For most players seeking a normal playthrough though the Berserker is an effective dual wielding melee character and with balanced passive usage players can obtain a range of utility boosting skills for levelling efficiently. 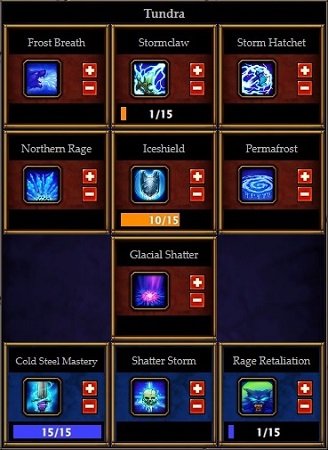 Building the perfect dual claw wielding Berserker is reasonably straight forward with your choice of skills focused only on those that buff your auto attacks which comes from a mixture of your active and passive skill options. Your final build should include the following: 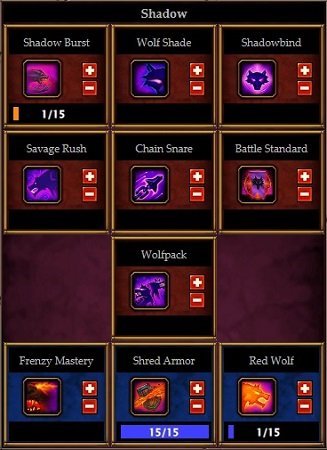 As you can see from the above the Berserker has many one point wonder skills that should be grabbed early to ensure you benefit from the range of passive talents available while levelling up. Your passives are the core of your build when playing as a melee Berserker with the likes of Blood Hunger, Executioner, Rampage, Cold Steel Mastery, Rage Retaliation, Shred Armour and Red Wolf all offering you something to your kit. Note that Cold Steel Mastery does give an edge to ice based weapons but if you are struggling to find a suitable option you can lower your investment here until you find a suitable weapon. Players can also grab a single point in the active Shadow Burst for the dash utility this provides as well as the potent healing potential.

While Executioner and Rampage scales nicely with each point investment some skill talents simply lack strong scaling. Looking at Blood Hunger for example a single point provides players with a 5% maximum health heal while each subsequent level only adds an additional 0.5%. Paying attention to this sort of scaling as you play the Berserker is vital to ensure each point is carefully invested to obtain the best return.

As a result active skills for the Berserker are quite straightforward with skills like Howl, Battle Rage, Stormclaw, Iceshield all working together to boost your damage, defence or other utility. Like the passives noted above some of these have great scaling while others are fairly lacking and suitable for a single point instead. Given many of these have relatively short active periods (like Iceshield) you’ll want to only use these when they are suitable for the situation at hand. Meanwhile other active skills like Battle Rage can always be active given it lasts for a minute in comparison. 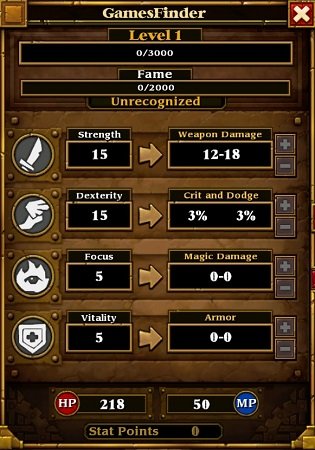 For an auto attack focused build the Berserker choice of stats is relatively simple with a focus on finding the right balance between damage and survivability that grows alongside the equipment you obtain.