What is the Torchlight 2 best class for your next playthrough of the popular action role playing game? On this page we break down the strengths and weaknesses of all four available classes and what makes them special. While all of these classes in Torchlight 2 are suitable to make their way through a normal playthrough with an optimised build there are clearly some classes that excel without the need for perfect equipment at the higher levels of play or might be considered the most fun class to you for their playstyle.

Some part of the best class in Torchlight 2 comes down to this personal playstyle preference which only individuals will be able to decide for themselves. With a blend of archetypes and build options within each of the classes in Torchlight 2 (Berserker, Engineer, Embermage and Outlander) this decision is not necessarily as straightforward compared to other action role playing games where the classes have more narrow roles or a single build path. In determining the ranks of the Torchlight 2 best class below the following factors have been considered: 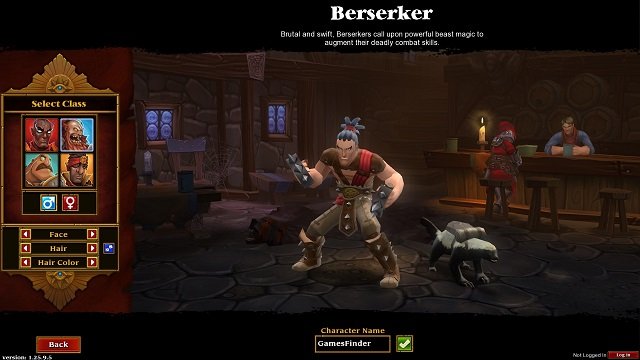 The Berserker is a melee focused character in Torchlight 2 and able to call on the powerful claw weapon type to rapidly attack enemies. While these fist weapons can’t perform a critical strike with their attacks they are extremely fast and also ignore half of the enemy armour instead. This makes critical not a focus for your Berserker builds with players instead using their skill tree to buff your rapid attacks in various ways. Portrayed as powerful warrior characters in the game lore Berserkers belong to a tribe from the northern areas of the world where they gain command over their own animal fury and that of other beasts.

This is reflected across their three available skill trees with a Hunter tree focused on melee skills, Tundra that offers frost and lightning and Shadow that allows you to call on wolf summons or attacks. Bringing these trees together the Berserker’s main builds revolve around auto-attacks and a small handful of their abilities that combine with their passive options for a deadly combination. This means players will be rapidly moving between enemies to attack them directly for most of the game that is a simple playstyle compared to other characters in Torchlight 2. While not a bad class in the scheme of things the Berserker has some clear weaknesses in comparison to other Torchlight 2 classes that simply keep them from being a top tier selection.

The Berserker is strong at dealing with single target enemies including bosses and champions with the ability to quickly defeat them in single handed combat. They are capable of dealing high damage and not particularly gear dependent to reach this point given the focus on passives.

The Berserker is weak at area of effect damage and also lacks the durability or utility to survive in the front lines for an extended period of time. This can quickly impact players if they aren’t able to build up sufficient damage as you can quickly be overwhelmed. 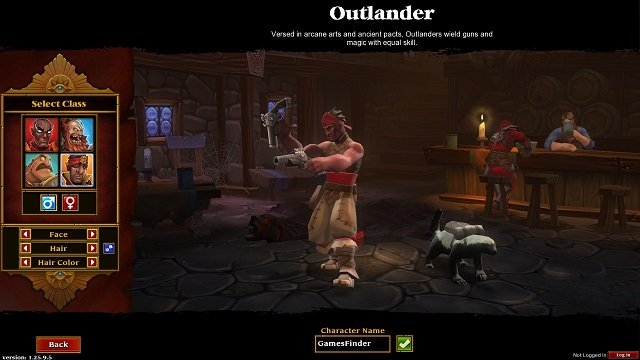 The Outlander has similarities to rogue archetypes in other action role playing adventures and comes with the agility one would expect from this class design. Within Torchlight 2 you’ll find the Outlanders described as a nomadic race of explorers with each having their own story as an outlaw and pirating for treasure. Outlanders use an array of ranged weapons in Torchlight 2 with skills specific to bows, crossbows, shotgunne and pistol weapons and accordingly attack from beyond other allies if available. Outlander builds will generally either focus on pistols or utilising the glaive skills within your skill trees with both dealing serious damage to opponents.

In terms of skill trees the Outlander offers Warfare that is focused on the aforementioned weapons and leaping around the battlefield, Lore that provides some glaive abilities and Sigil that has a magical element and allows for debuffs on enemies to help you stay at range from them. The resulting playstyle of either build thus sees players dodging out of harm’s way while unleashing either weapon specific or glaive skills with varying effects. Like the Berserker the Outlander has a clear intended playstyle although has more tools for the job with some key utility to stay out of the danger zone. That being said it still requires some careful planning and character control to be a successful Outlander given the glass cannon nature of this class.

The Outlander is strong at immobilising enemies that come close to them and moving quickly across the battlefield while dishing out large damage.

The Outlander is weak at taking damage and requires careful micromanagement alongside an understanding of your surroundings as even your utility cannot undo poor positioning. 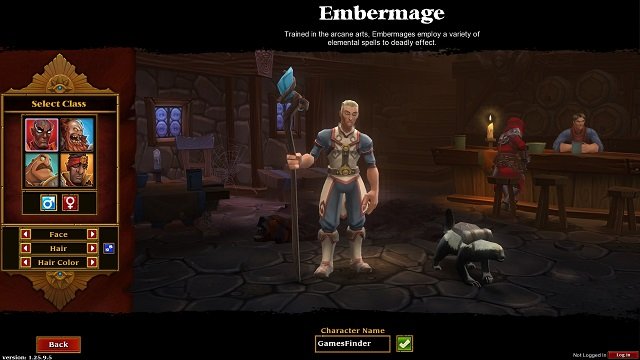 The Embermage fills a typical magical role in the universe of Torchlight 2 with all the elements one would expect them to be able to wield with great efficiency. Drawing on the magical flow of mana to command the powers of fire, ice and lightning that not only devastate enemies directly but also provide invaluable utility to the player. Accordingly your Embermage builds generally don’t limit themselves to a single element and instead call on the powers from across the elements to maximise your damage, utility and associated elemental effects.

These skill trees are appropriately called Inferno, Frost and Storm with a focus on each of the three elements. Inferno offers you a range of burning based skills that give you far reaching flame attacks, the ability to rein down fire and even offer you some melee empowered abilities. Frost on the other hand is focused on crowd control effects with the slowing power of ice allowing you trap enemies and grant the important power of phase based teleportation. Lastly, is Storm that allows you to unleash Prismatic Bolts from your fingertips and call down lightning empowered storms, bolts, beams and orbs on enemies. In addition each of these skill trees offers a passive brand that boosts your power with that specific element. With the Embermage offering both high damage (single target and area of effect) and appropriate utility they are deadly Torchlight 2 characters and their effectiveness is well above that of a Berserker or Outlander. While the Embermage does still share some of the weaknesses of these classes in terms of survivability they do have the tools to manage this weakness with ease that results in an easier adventure for players.

The Embermage is strong at dispatching enemies with area of effect attacks while remaining safe by using their range and utility focused skills.

The Embermage is weak without sufficient gear or balancing of mana spend which can quickly leave them exposed. Some players may also find the playstyle basic given the best builds revolve around repeating a small number of skills. The Engineer has a number of inspirations in their design with paladin like abilities, dwarven heavy weapon designs and steampunk summoning as their core themes. This results in a potent blend of offensive and defensive capabilities that result in the Engineer often being considered the Torchlight 2 best class for solo players given the flexibility and survivability this theme offers. In regards to lore they are portrayed as pivotal to the technology upkeep within the Torchlight 2 world while also exploring ruins and adventuring into mines to claim the ember mineral. Engineer builds usually lean heavily into the traditional weapon and defensive options that are empowered by many of your skills given summons in general have a low up time in Torchlight 2 relative to their cooldown.

Your options as an Engineer come through the three skill trees of Blitz, Construction and Aegis. Blitz is your main offensive tree and offers you earth shattering abilities that utilise your heavy weapons, Construction is focused on summoning an array of bots to do your bidding and Aegis is defensively focused providing shield based skills and methods to mitigate damage. Overall the flexibility to handle anything that is thrown at you as the Engineer is invaluable and allows them to fulfil more than just your typical tank role as either a solo or multiplayer class.

The Engineer is strong at just about everything in Torchlight 2, they are capable of dealing damage when necessarily and equally have the tools to absorb or mitigate damage. You’ll have no trouble defeating enemies you encounter and generally be able to shrug off most of the damage they dish out in return.

The Engineer is weak at little in Torchlight 2 although is the slowest class available of the four classes that can make them a dull experience to play as you slowly shuffle your way between maps and cast slower skills than your counterparts.