Which Torchlight 2 Engineer build will you use through the story and side quests of this action RPG adventure? As one of the most popular classes in Torchlight 2 the Engineer is often the first pick for many given they are a durable and flexible character that is fantastic in solo and group play. Ultimately the build path you take for the Engineer will depend on your own playstyle and how far you plan to push into the new game plus content that Torchlight 2 has to offer.

In this guide to the Engineer we cover the Emberquake and Flame Hammer build options that utilise skills across your applicable skill trees so you can select or even mix and match a playstyle that resonates with you. It includes skills and stat point allocations to ensure you have a rounded set of information to master the Engineer class in Torchlight 2.

Read our other Torchlight 2 guides for Embermage, Berserker and Outlander.

The Engineer fills the role of melee fighter archetype in Torchlight 2 and is presented as a durable fighter that is battle hardened. Coming from a guild of technology experts they are responsible for building much of the industrial areas in the wider Torchlight 2 Empire and are drawn to the adventure in Torchlight 2 for the mines and ruins that may be unlocked as a result.

Not afraid of getting into the fray with enemies the Engineer can be found wielding large melee weapons, cannons or a traditional shield and single handed weapon. Unique to the Engineer is their version of the charge mechanic where you can build charges with certain skills or passives and then consume those charges for additional effects of specific skills. They are a flexible Torchlight 2 hero with the best Engineer build heavily influenced by your party size. While a solo Engineer will want a build that focuses on the offensive or summon options of the class a party tank will likely want to invest in defensive options instead. 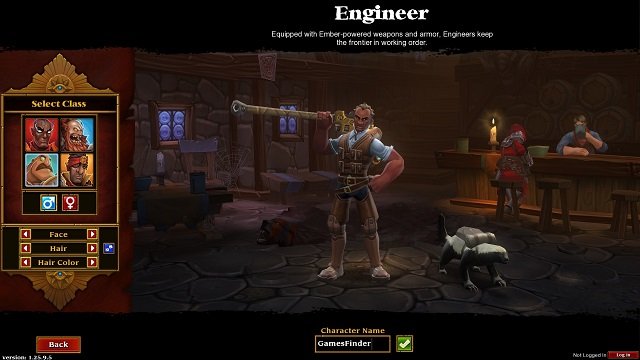 This is reflected through their 3 skill trees:

The blitz tree is the most popular Engineer build variant and generally involves players either making a Flame Hammer or Emberquake build depending on their goal. These builds have a number of similarities with the main difference being your choice of main attack skill. 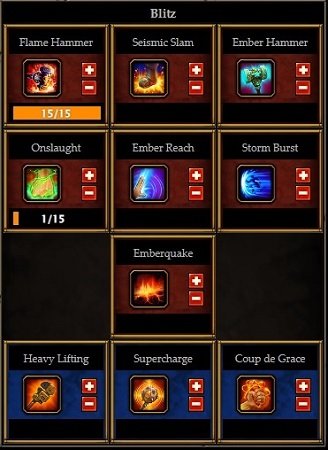 Your choice of skills when playing this Engineer build should be as follows with your final build including:

Players should always focus on maximising their main attacking skill (Flame Hammer or Seismic Slam/Emberquake) then ensure they grab at least 1 point in the support skills and then focus as required based on what you feel your character is lacking. Maxing these attacks skills is always a priority as each level boosts your damage output and ensures you can handle the increasingly tougher enemies that you face in the Torchlight 2 universe. 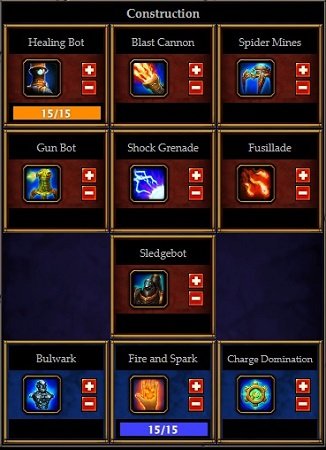 Force Field is particularly powerful towards the mid to late stages of your progress as a damage mitigation tool. Prior to this you’ll generally only be using it for bosses and champions so don’t feel the need to overinvest in this early on. Instead during early stages of Torchlight 2 you’ll generally want to focus on other utility such as the healing provided by your Healing Bot, the charge generation of Dynamo Field and a single point in Onslaught for the movement it provides. When you reach level 42 Immobilisation Copter provides an all around solid debuff to enemies that can make hitting your skills easier while reducing enemy damage output. Further utility can be provided through Charge Domination with a single point a fantastic investment while additional points are only useful if you are finding your charge mechanic difficult to manage. 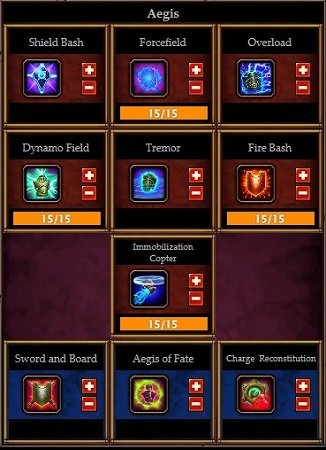 Fire and Spark and Fire Bash provide further damage support with their fire boosting components. Fire and Spark is a better priority though particularly if you don’t intend to reach max level as it applies a large passive boost unlike Fire Bash that relies on the final tier upgrade and active use of the skill to apply the fire damage benefit. If you are going to use a Torchlight 2 Engineer 2H build (two handed weapon) then don’t invest points into Fire Bash at all. Given the reliance on Forcefield in this build that is also a completely viable path to take as it will mitigate most of the damage for you. 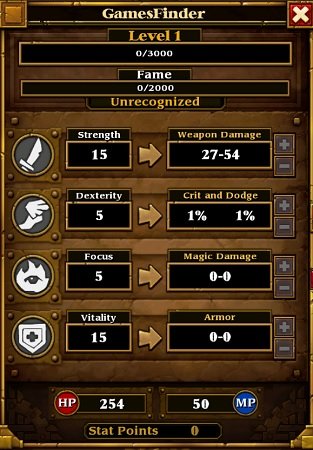 Like most Torchlight 2 builds your choice of stats will be somewhat gear influenced and also requires a balance of stat points to maximise your offence and defence.