Batman: Arkham Origins is the third game in the Arkham series of Batman games and continues to offer an open world adventure with particular appeal for fans of the Batman universe. The game is also the first to add online multiplayer gameplay to the series. 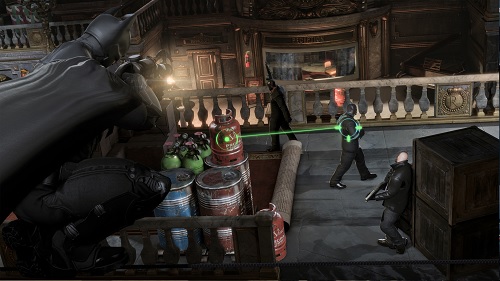 As the game title suggests the storyline is all about the origins of the series and takes place around 5 years before the very first game (Batman: Arkham Asylum). Players take control of a less experienced Batman and follow his attempts to survive the bounty placed on his head by one of the cities’ most powerful crime lords. This bounty attracts some of the most powerful assassins to Gotham city and even has the corrupt police department out for the prize on your head.

Gameplay hasn’t changed much from the previous games with players still able to approach the game from a stealth or combat orientated perspective based on their preference. Batman’s gadgets also return including the always popular grapnel gun, the Batarang throwing weapon, smoke pellets for escapes and several other staples of Batman’s arsenal.

Batman: Arkham Origins isn’t without new toys though with the Shock Gloves giving Batman a new non-lethal takedown option and the Concussion Detonator to deal with larger groups of enemies. The game also introduces fast travel with Batman’s Batwing to reduce overall travel time and keep players in the action. 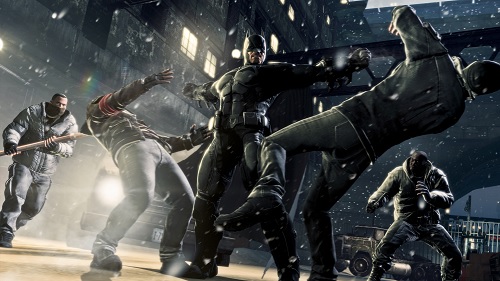 Aside from the lengthy story campaign players can also involve themselves in side missions which involve helping the Gotham police which eventually boosts your reputation in the police department.

Batman: Arkham Origins had plenty of hype prior to release based on the success of the previous game instalments. For the most part this hype was well deserved, the game definitely isn’t a disappointment it might just not hold enough new content for hardcore followers of the series.

This review was first published on October 7, 2014. Read our update policy to learn more.