BioShock 2 has players jumping into the body of a Big Daddy in a game set nearly a decade after the completion of the original BioShock. 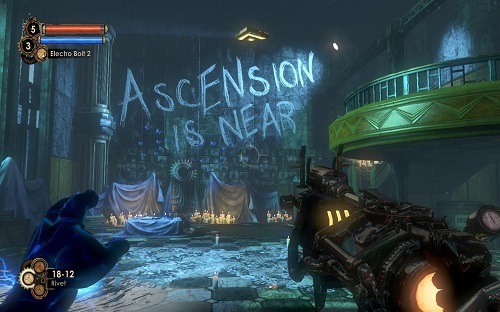 In this sequel players will again be returning to the dystopia society of Rapture but this time around players will be playing as the fourth Big Daddy ever created (a human that has been altered to protect Little Sisters).

The player wakes up without a memory of their past and without the sister that they were paired with which forms much of the game story. Fans of the original (provided you were paying attention) will recognise characters and a few locations from the original game.

Splicers are again your main enemy in Rapture which you can dispose of with a variety of weapons, plasmids and tonics just like in the original game. This time around the game has a larger focus on melee combat (as you would expect when playing a Big Daddy) and also gives the player greater flexibility to blend Plasmids with weapons for more powerful combinations by allowing a player to have a weapon and plasmid active at once.

Many of the other game elements from the original are still present in BioShock 2 with players collecting various loot and spending it at vending machines. Security systems and a hacking mini game also return which just like the original opens up multiple approaches to dispatching enemies. For fans of the photography feature of the original game you can now use a video camera with emphasis on recording some of your more creative kills. 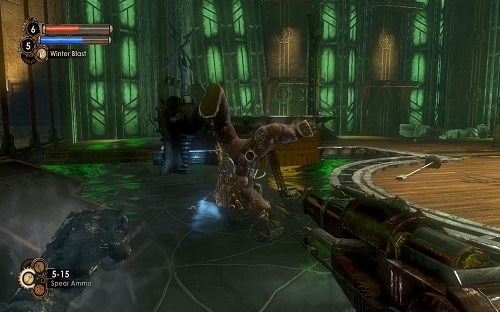 Little Sisters are still at the heart of the gameplay with players able to fight off other Big Daddies to either harvest or adopt the sister for a period of time.

The swap to a Big Daddy in BioShock 2 definitely took plenty of people by surprise but the change has worked perfectly, offering an entirely new BioShock experience.