Bloodborne is a new breed of action RPG for the PS4, following the adventures of the Hunter in a dark gothic setting you’ll be treated to brutal combat, intriguing story and hidden treasures. 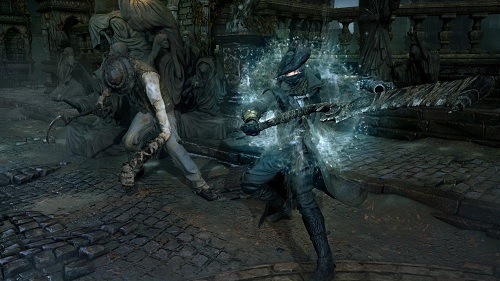 From the team that brought your Demon’s Souls and Dark Souls the game relies on third person view, melee based weapon combat and exploration. Battles take place against a wide range of beastly enemies and boss monsters that all attempt to ripe the character to shreds in increasingly brutal ways.

Bloodborne is set in the dark Gothic city of Yharnam, a city that has advanced medicine science rapidly through the use of blood. This level of blood understanding has made the city a hotspot for travellers seeking cures for their afflictions. The player is one such journeyman who comes to the city seeking a powerful blood mix known as Paleblood which is when it is discovered that the city has been plagued with an illness that has turned citizens into bestial creatures.

Upon your arrival players team up with Gehrman, an elderly wheelchair bound gentleman who guides the players through hunting the various monsters plaguing Yharnam. Throughout this process the player discovers more of the dark secrets of the town and upgrades their arsenal of weapons and abilities. 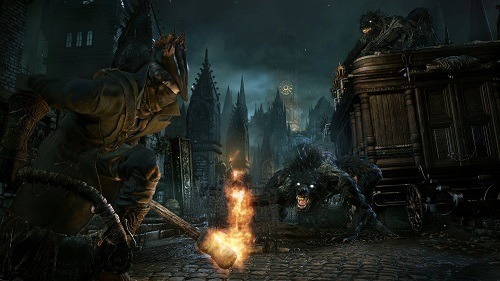 Gameplay wise Bloodborne has many of the elements you would expect from a third person action game with fast combat that gives players the capacity to dodge incoming attacks. On the role playing side of the game there is a huge amount of items and NPC interactions to flesh out the storyline and provide that solid progression curve.

Other highlights from the gameplay front include upgradeable weapons (most of which have multiple weapon modes), an insight currency that alters the game world, hidden locations, multiplayer assistance and Chalice Dungeons (optional randomly generated dungeons).