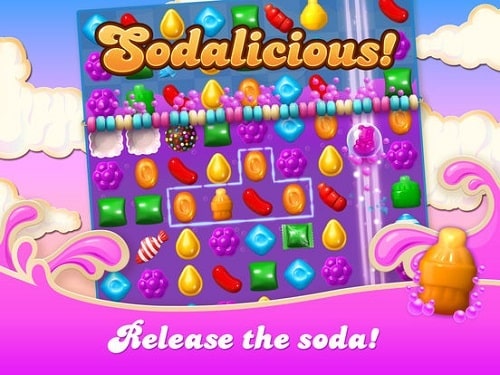 Following Kimmy through hundreds of game levels to find Tiffi you’ll match and swap your way across countless environments. Other than a new setting you’ll also find new tiles to match, different game board designs and a few interesting new game types that will challenge your matching abilities.

Ultimately though these are just slight variants from what you’ve seen before with modes like Soda where you have to free the soda bottles and watch the screen fill up with juicy liquid, Bubble where trapped Bears are waiting to be freed, Bubblegum where you fight a constant battle against spreading gum and various other save the Bears variants (that use Honey and Ice instead of bubbles).

While the variety really isn’t there when you look critically at it, players of the match three genre don’t really rank that as a highly needed feature. As a creator of countless match three games King is well aware of this and has thus clearly focused their time elsewhere. 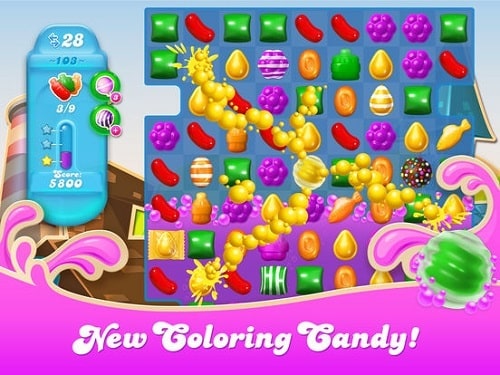 This means in Candy Crush Soda Saga you’ll get the benefits of things like highly responsive gameplay, flashy graphics, never ending levels and unique world design. Accordingly all of these are of the highest quality in mobile gaming and make it hard to resist the lure of the game if you are a fan of the genre or King games in general.

The only real cons of the game are that you’re not getting anything new and it feels like it leans slightly closer to pay to win than King’s other instalments, but some dedication and replaying levels can get you past these difficult levels with some patience.