Clash of Lords follows the formula made popular by Clash of Clans but adds enough of its own take on the genre that it is more than just a simple clone. The game is an Android only experience and is one of the most popular on the platform meaning there is never a shortage of new players to attack. 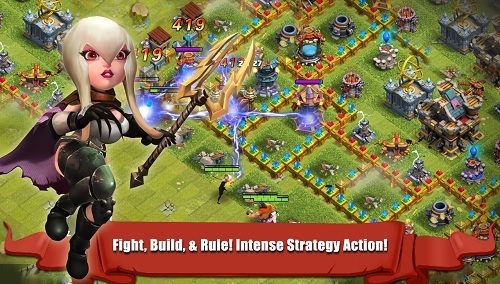 The game is set in a world that blends medieval and magic together. This means you’ll be able to recruit plenty of mythical and fantasy based units to use in your ever growing army. A unique aspect of Clash of Lords (which only a few other games in the genre offer) is the ability to recruit heroes to your army which will level up and come with their own special skills that can play an important role in your combat strategy.

Fans of the genre will know that this action based strategy genre isn’t just about your army though with a well-designed and fortified base just as important in the scheme of things. To that end you’ll have hundreds of buildings and defences which can all be upgraded to help you protect your city.

On the combat side of gameplay Clash of Lords stays very close to what you would expect from the genre with players unloading their units in an enemy’s town. As the AI generally targets the buildings that they are placed closest to you’ll have to carefully consider your attacking strategy before you make a move. 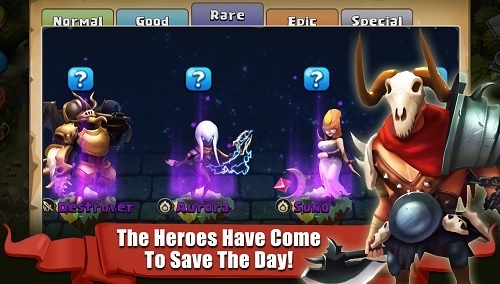 If you don’t want to jump into attacking other players straight away you’ll find that Clash of Lords has a great single player campaign which gets extremely hard towards its later stages and is almost as enjoyable as the multiplayer side of the game.

On the surface Clash of Lords is just another clone in an over saturated genre but it’s got a few standout elements through its hero and campaign system that push the game ahead of other options.

Games Finder is a Steam Curator and featured in the aggregate review scores data of MobyGames and Neoseeker.
FEATURED ON
Games Like Boom Beach, Games Like Clash Royale
LEAVE A REPLY Cancel Reply