Taking a page out of the lore of Mad Max and blending it with the likes of Faster Than Light is Convoy a game orientated around scouring the wastelands to build up your convoy based around a semi trailer truck in turn to repair your crashed spaceship. 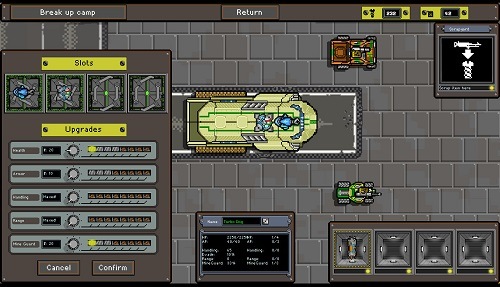 It’s a post apocalyptic setting that feels just like the Mad Max franchise albeit on a distant planet in the future as you fight off other convoys of vehicles to obtain the necessary resources and upgrades. The tactical and rouge like elements of FTL are also there which gives you the framework and rules by which you’ll curate these resources from the landscape and foes.

Core gameplay revolves around your squad of units that travel across the wasteland guided by random radio signals. These signals can be a range of scenarios including dialogue, chance based rewards or combat itself. Some of these situations also require player choice which can alter the impact of the encounter. 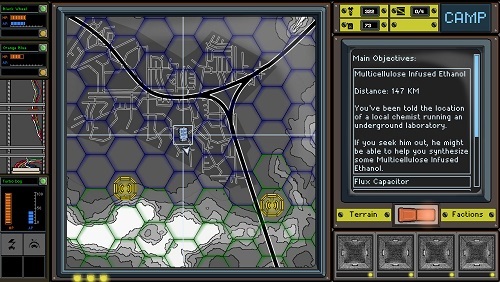 Most encounters though fall into the combat category where you’ll manoeuvre your convoy in strategic fashion to avoid attacks from raiders and enemies. Given that death is a permanent state in Convoy you’ll want to constantly feed any resources you can muster into your convoy for further exploration. As one might expect each playthrough is randomised to ensure no two games are the same.

While Convoy has a great core idea and satisfying until you complete it once the longevity of the game does somewhat crumble on a few key game mechanics. Most notably in the upgrade paths you take, while it’s a journey to upgrade your convoy the choices always seem clear cut with one weapon or shield always being better or worse and not necessarily promoting different strategies to evolve. Other factors that hurt this longevity is the lack of variety and less ups and downs in a single run that makes each run a clear winner or loser early on.