Deus Ex is an older game with a cyberpunk theme which blends action, role playing, stealth and first person shooting. The game is often considered one of the best PC games available and has picked up countless awards and top spots in curated lists since its release. 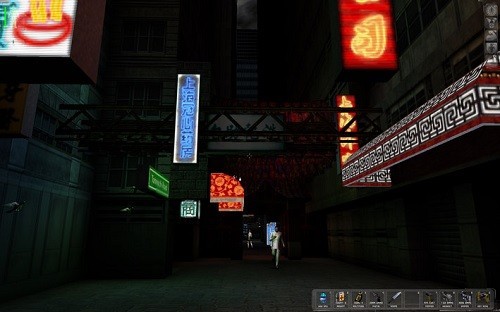 Deus Ex is set in a futuristic world during 2052 where conspiracies and a number of different government agencies are threatening to tear the world apart as they fight for control. As the player investigates these conspiracies they will get to explore modern real world locations including Paris, Hong Kong and New York City.

The plot revolves around a deadly pandemic that is sweeping the globe and the scarce vaccine only adding to an already strained social environment (especially the division between the world elite and the general population).

The player assumes the role of JC Denton a United Nations Anti-Terrorist Coalition (UNATCO) agent who has been enhanced by biotechnology to give him abilities beyond that of a normal human. Gameplay offers plenty of variety with players able to tackle levels from a purely stealth or combat perspective (or a mixture of both) while also using their sniping, hacking or other skills.

Listening to dialogue is also a core aspect of the game to create a more realistic dialogue driven experience. Your choices during these dialogue sequences also have small impacts on the game flow and overall plot. Customising JC Denton is where the role playing features really shine though with players having plenty of options to customise him for their preferred playstyle. 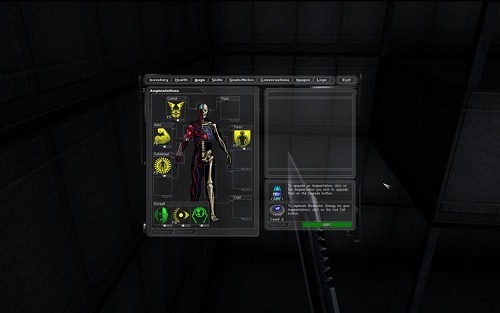 This customisation includes the 11 different skill systems (weapons, medicine, computers, lockpicking etc), weapon modifications allowing players to add sights or silencers while altering the weapons stats (recoil, range, magazine size) and the nano-augmentation system where players can use 9 augmentations on themselves in a trade-off fashion. For example players must select between running faster or quieter footsteps on their legs.

Once you realise the depth of options available in Deus Ex you’ll quickly see why the game is so highly regarded.