Dragon Ball Xenoverse 2 combines fighting and role playing together in the Dragon Ball universe. Marking the second title on this generation of consoles players can take command of 68 playable characters. 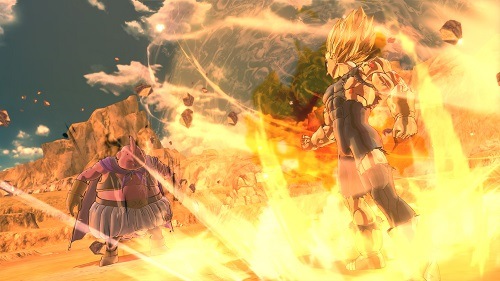 Set around two years after the original Xenoverse game players pick up a special mission from Elder Kai in order to correct history. This sees players returning to key battles of the series as you ensure the outcome remains correct to preserve the timeline. Given these are all the big name battles of the franchise even light Dragon Ball fans will get a decent amount of fan service.

In addition to the new plot line Xenoverse 2 builds upon the original with refined graphics to further immerse you in the world and the story of your own character. Online functionality and character customisation have also received some tweaks based on feedback from Xenoverse. 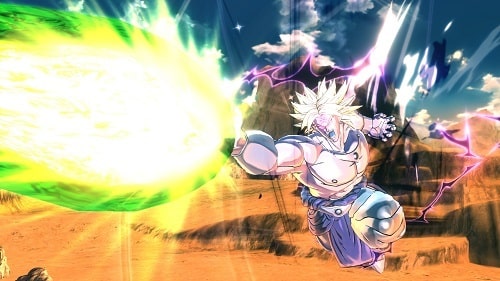 Gameplay predominately stays the same course though and is also in line with the other Dragon Ball Z fighting games released to the market. This means you’ve got the impressive 3D arenas that let you fly around while engaging with your opponent with fists or your ki blasts. Combat is as impressive as its ever been in a Dragon Ball based game but the real fun lies within the journey to get there.

Said journey will see you exploring the game hubs, taking on quests, unlocking your power through masters and unlocking race specific transformations. This upgrade curve also pairs perfectly with the players growing fighting talent that gives you a real sense of going from basic fighter to dominating Super Saiyan (or your races equivalent).