Moving the Dragon Quest franchise into the realm of sandbox Minecraft style gameplay Dragon Quest Builders offers a uniquely satisfying adventure that bridges the RPG with the sandbox genre. 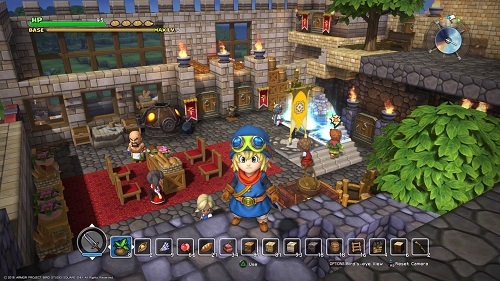 Set in the same universe as the original Dragon Quest series (Alefgard) with the world inhabited by a large range of monsters and a settlement needing to be rebuild. Playing your role as the builder you’ll play as the hero that can restore the world to greatness through your ability to build structures from the worlds basic materials.

All the mechanics will feel familiar to players as you trek the game world collecting basic materials from trees, rocks and monsters and crafting these into more powerful production materials. With a good stock of materials players can invest in equipment to aide survival and accumulation of resources while also reviving a village from ruins which attracts NPCs to join you to offer quests and various other boosts. 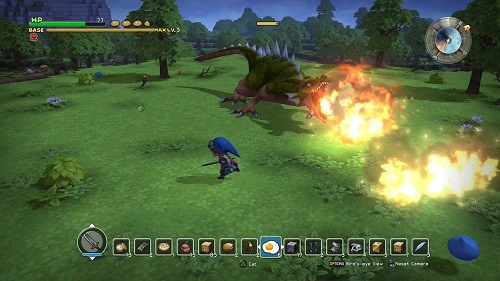 This serves as the main focus of your game time as you turn the town from ruins into a bustling hub of activity, planting the seed for darkness to be pushed back by the inhabitants of the game world.

The game world that serves as the backdrop for this crafting adventure is recognisably cube based with individual blocks about to be removed from the world and placed elsewhere as you see fit. The above world colours are wonderfully vibrant which provide perfect contrast to the dark and dungeon themed locations you’ll also venture into.

Games Finder is a Steam Curator and featured in the aggregate review scores data of MobyGames and Neoseeker.
FEATURED ON
Games Like Animal Crossing, Games Like Minecraft, Games Like Zelda
LEAVE A REPLY Cancel Reply