Enchanted Arms is one of the few console games to offer Pokemon like features. So if you prefer to do your gaming on a console (PS3 or Xbox 360) and need something with a Pokemon vibe you’ll want to consider Enchanted Arms. 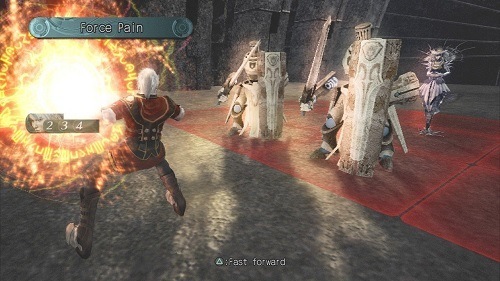 The game also has many similarities to Final Fantasy with many Japanese role playing elements woven into the gameplay. It was also one of the first Japanese RPGs to make its way to the Xbox 360 platform. Enchanted Arms offers turn based battles, a dramatic plot, random encounters, dungeons and much more.

In Enchanted Arms you take control of a young male who has completely lost his memory of the past. He goes by the name Atsuma and is a student of enchanting, a simple and weak form of magic that humans practice. However, according to history humans were once capable of summoning great beasts known as golems, although this power was lost over a thousand years ago.

Atsuma quickly realises that the fate of the world lies in his hands thanks to his hidden power to control the power of the golems. This power is the key to your battle tactics as players increase their character power while also collecting golems with varying strength and abilities to use in battle. 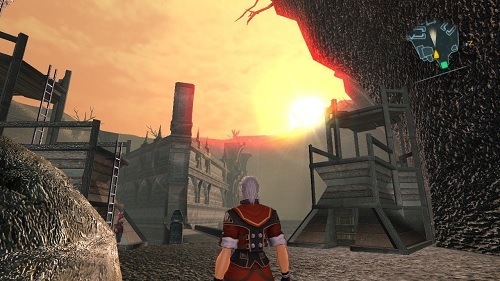 Combat is entirely turned based and split into two grids that are separated (one for you and one for the enemy). Movement is key in Enchanted Arms as different spells have different ranges and patterns of attacks which require you to move your controllable characters and golems around to make them as effective as possible.

This keeps you from simply repeating the same battle process over and over which does help the longevity of the combat.

Games Finder is a Steam Curator and featured in the aggregate review scores data of MobyGames and Neoseeker.
FEATURED ON
Games Like Final Fantasy, Games Like Pokemon
LEAVE A REPLY Cancel Reply