Enter into duels, customise your equipment and chat with other players all within your browser thanks to Epic Duel, one of the many games to come out of Artix Entertainment. It’s similar to their other popular creations except that it’s set in a futuristic setting and focuses more on combat against other players. 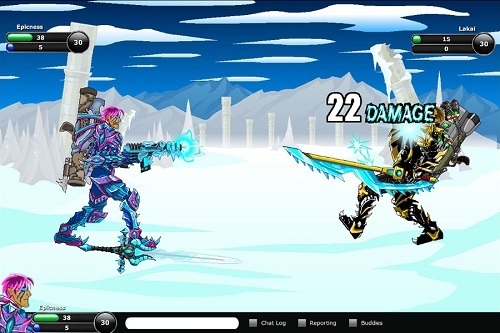 While the game mixes plenty of PvP and PvE content together the longevity definitely comes from the PvP scene where you’ll battle against others in 1v1 and 2v2 duels for bragging rights and achievements. You won’t have much luck just jumping right into the PvP environment though with players needing to grow their character levels, skills and equipment through PvE questing first.

Combat is a turn based affair similar to the other games developed by Artix with players having to select their next move from auto attacks, items and skills. While there is some strategy involved during the battle much of your success will come from the direction you steer your characters growth with items and skill upgrades.

With three very different classes available to players you’re definitely encouraged to juggle multiple characters at once as the experience can be vastly different. From the hard hitting mercenary to the skilful bounty hunter and magical tech mage there is a class for all tastes. 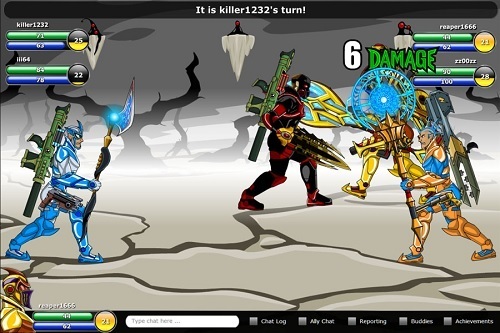 Outside of combat you’ll find a few features to keep you interested with guilds and player housing available. These are mere sideshows though compared to the main PvP content that you’ll be signing up for and have access to from nearly every single game screen.

Epic Duel might be a simple 2D browser game on the surface but it packs a surprising amount of depth that makes it well worth your time especially if you consider yourself a fan of PvP.

This review was first published on January 9, 2014. Read our update policy to learn more.