The Gothic series of video games continues with Gothic 3, this third instalment features the same fantasy RPG style of gameplay as previous games and offers a massive game world for players to explore. 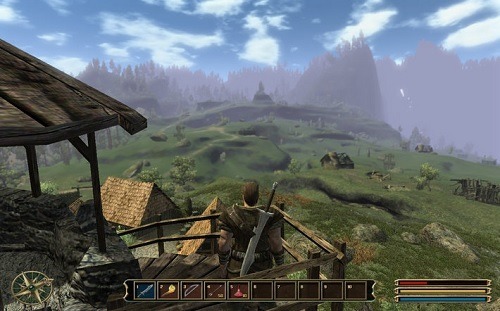 The game relies heavily on a community patch to smooth some of the games rough edges and remove some bugs so players are encouraged to apply the patch to their game before playing.

Gothic 3 has ties to the original Gothic game but is mostly a stand-alone experience with players starting the game fresh after landing on a new continent. Gothic 3 is a complete open book to players and lets you approach the game the way you want.

There isn’t a main quest line for players to follow with the game instead focusing on players travelling around the game world gaining reputation with the various factions. Once you’ve built up enough reputation you can eventually join your chosen faction (from 3 options) and help them complete their goals which generally involve removing an opposing faction for one reason or another.

Experience is gained by completing quests from factions and killing enemies or monsters out in the wild. It’s very easy to get lost in the wild thanks to the impressive environments and the varied enemies you’ll encounter which is the best aspect of the game by far. 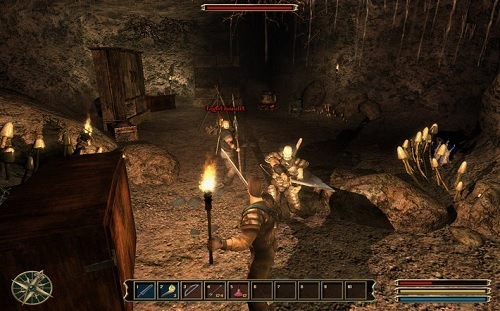 Combat in Gothic 3 is nothing special and involves the player swinging their sword (or swords) or firing their bow as they press the attack button. The game does require some timing against certain enemies to be effective but most enemies can easily be dispatched by just repeatedly mashing your mouse button.

Gothic 3 has plenty going for it with its large number of quests and emphasis on doing your own thing. The only let down is the combat that gets tedious by the end, but that could be said for most role playing games.