Halo 4 is the 2012 instalment in the Halo franchise and continues to evolve on the foundations of the previous games. The game opens four years after the events of the previous game so new players to the series best brush up on their Halo history before playing to ensure maximum enjoyment. 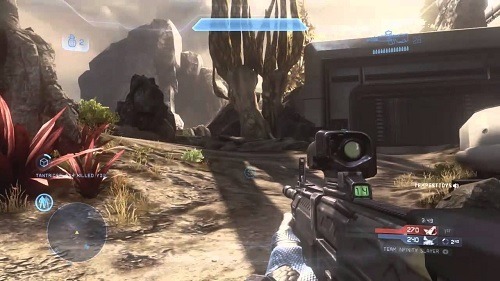 Players join the story as Master Chief as he wakes from his cryonic sleep and is met by his faithful partner Cortana. Your wake up call isn’t quite the welcome home party you had been expecting though. Instead players will find themselves taking on huge amounts of Covenant forces as they board your vessel making for one of the most intense openings in a Halo game yet.

After fighting your way through the forces you will find yourself and a huge Covenant fleet crash landing on the planet Requiem, leaving you to find a way home which takes you through a series of missions across the strange planet.

Just like the games before it, Halo 4 is a linear game but it provides enough open environments that you never feel like you’re being sent along the world on train tracks. The standard HUD elements from previous games also return with your shield, grenades, map and current weapon status all being displayed on screen.

Unlike the last few games though players won’t only be battling the Covenant and will have to contend with a new threat, the Prometheans which come in three different forms, each offering their own challenge. 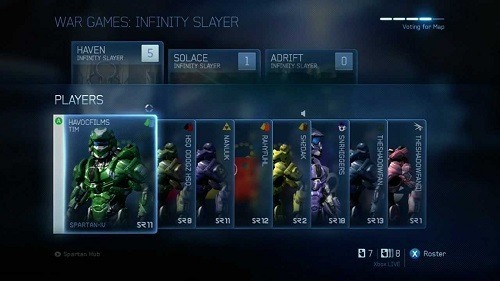 Fans of the series will have no problem recognising the weapons throughout the game and you won’t need to play through much of the campaign before you get a taste of nearly all of them. Armour abilities also return from Halo: Reach and perform a similar function to equipment in Halo 3. Options for abilities include a jet pack, auto sentry, Promethean vision, increased regeneration and more.

Halo 4 definitely ticks all the boxes for both the FPS and Halo fans checklist. There really aren’t any glaring issues that would prevent you from making the purchase and jumping back into the Halo universe.