Offering short term mobile MOBA matches Heroes of SoulCraft lets you get behind a unique champion in 3v3 and 5v5 matches. Born for mobile devices and eventually brought to the realm of PC matches between 5 and 15 minutes await your hero. 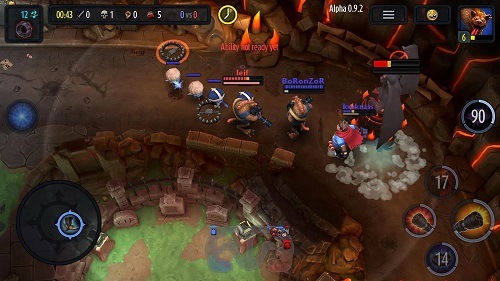 Featuring over a dozen unique heroes players can choose to watch a number tutorials (linked to YouTube) within the app or jump right into a 3v3 or 5v5 match. Players can join these mid game which won’t impact on your game ranking and ensures you generally don’t have to wait long for a game but generally means you’ll end up on the losing side of a battle.

The actual character list has some reasonable variety to offer and each come with their own skills that are conveniently placed on the right hand side of the screen with a control stick on the left. For those playing on PC you’ll use a typical MOBA control scheme (QWER) instead. Mobile controls are quite fluid and easy to use although you’ll have to battle against in game lag to use them to the full potential. 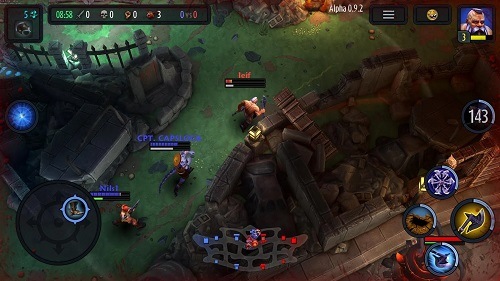 Maps in Heroes of SoulCraft are one and two lane affairs with a jungle area in the middle for further neutral kills. You’ll have the usual minions walking down the lanes as well which can generate match specific currency to be spent on new items and consumables through the shop.

While the mechanics of Heroes of SoulCraft are all there the low quality design elements, awful PC game port and generally lag filled servers make it hard to recommend for the serious mobile player.

This review was first published on January 3, 2014. Read our update policy to learn more.