Take control of a school girl and explore the grounds of the school in High School Simulator GirlA, a mobile sandbox title for both iOS and Android devices. 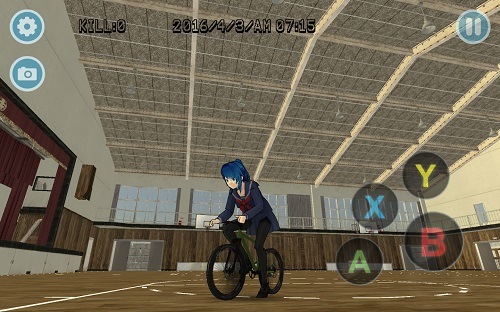 Spawning in your room players will quickly adventure to the school grounds where the sandbox elements of High School Simulator GirlA begins. As a sandbox game players are free to do anything althoguh the game revolves around players killing other students without being caught across several school days.

Controls are easy enough to follow and feel quite fluid with a D-Pad activated anywhere on the screen for movement (left side of the screen) and camera control (right side of the screen). 4 buttons fixed on the bottom right to control things like jump, pick up, attack and call.

Other settings include an array of dress options that can be changed at a moments notice and some simple cheats to make life easier such as fast forward (speed boost) and infinite jumps.

The school itself is multi-story with large open areas to explore in addition to classrooms that quickly fill up with students. With a healthy number of weapons scattered around the ground (or available through the settings menu) players can begin roaming the school looking for potential victims without getting caught. 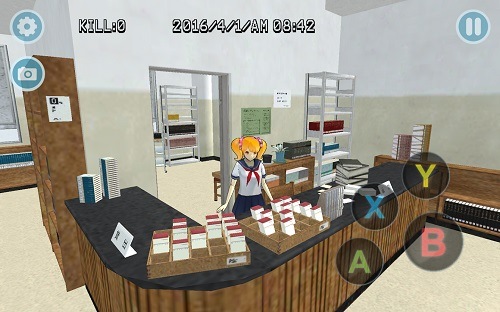 The similarities to Yandere Simulator are strong although High School Simulator GirlA doesn’t offer the same level of polish or direction as its void of any real objective other than killing as many students as you can during the week.