Create your own Hollywood Story on your iOS device. If you’ve ever dreamed of going from zero to star then now is the time to make your dream come true. 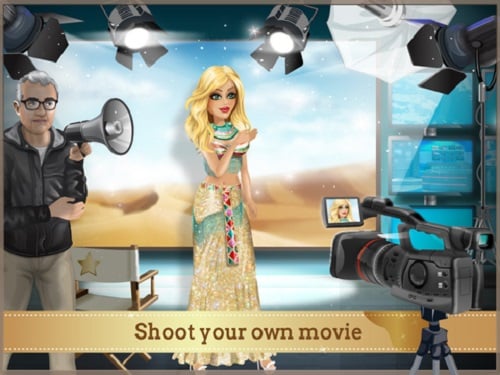 Starting out in NYC and then venturing to Queens and several other locations before reaching your final Hollywood location players will experience a very story driven adventure that takes you from objective to objective to ensure you always know where your current focus should lie.

At the same time though Hollywood Story gives players plenty of freedom in how they go about their day to day lives as an upcoming star. This can involve earning cash from working in the restaurant to touching up on your skills or working out in the gym.

These tasks aren’t mindless in Hollywood Story either with certain activities improving your character stats or give you new funds instead. These extra funds can then be spent on upgrading your apartment, hair style or wardrobe.

All of these game areas culminate into a single purpose, the making of movies. In order to to be cast for these roles players will need to meet stat requirements and have found certain collectibles during their gameplay. Once cast players will need to perform actions in various scenes as dictated by the director with extra points for following the correct approach (with even more points for dress and style). 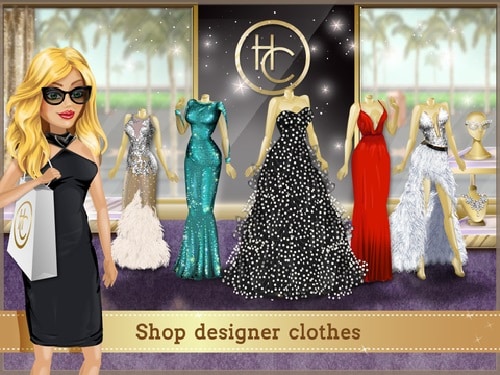 All of these points are taken into account in the final movie score which determines how many tickets are sold and the ultimate revenue you’ll earn (much more than shifts at the restaurant). In addition to cold hard cash you’ll earn fans which will help you rise through the superstar ratings.

With so many elements built into the game and a huge amount of story content Hollywood Story is a great iOS based adventure.

This review was first published on July 12, 2014. Read our update policy to learn more.