Idle Heroes offers plenty of progression (idle optional) as you collect your own heroes to conquer the campaign levels. Available to play for free across iOS and Android devices Idle Heroes gives you that sense of progress on a daily basis and is ideal for mobile gamers that want to play in short bursts throughout the day. 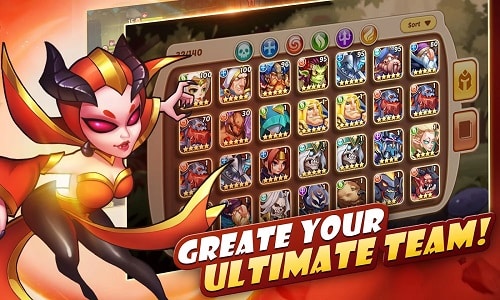 After first login and setting up your user account players are unleashed to the game screen of Idle Heroes which includes the summoning circle where you can call in heroes (basic and heroic) to fight for you which can be performed for free at certain intervals or with the assistance of scrolls. With your first heroes summoned you’ll move across the to campaign portal and engage in your first battle.

Battles are mostly idled as the title of the game suggests but there is some strategy at play here with players filling up their 6 combat slots (2 front and 6 back) from their hero pool. If players can mix and match the 6 game factions correctly you’ll also receive a bonus to your hero stats. Said factions range from shadow, fortress, abyss, forest, dark and light which also have percentage bonuses against each other.

The usual paths for progress are included in Idle Heroes with the ability to upgrade your heroes into stronger forms with the loot from levels while also using equipment to empower them further. 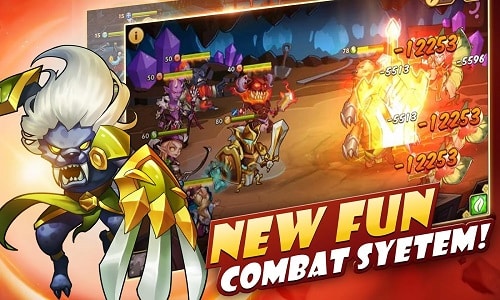 Those that plan ahead and use their resources efficiently will be handsomely rewarded as a result. As teams get stronger and players team strength increases rewards from stages can be automatically collected to severely cut down on the engagement required to advance.

With great character designs and near endless content to explore Idle Heroes quickly become a leader in the idle niche of mobile games.

This review was first published on June 24, 2017. Read our update policy to learn more.

Games Finder is a Steam Curator and featured in the aggregate review scores data of MobyGames and Neoseeker.
FEATURED ON
Games Like Heroes Charge, Games Like Summoners War
LEAVE A REPLY Cancel Reply