Kings Road is a browser based online RPG and is part of the increasing number of games that aim to combine Diablo style gameplay with MMO features. The game was developed by Rumble Entertainment with a release in March 2013. 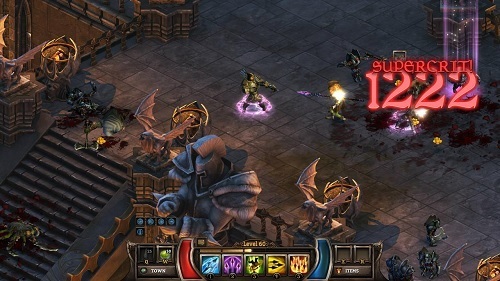 In terms of storyline Kings Road is what you would expect with players playing a role in removing the darkness from the world that has slowly grown over time to consume the game world (known as Alderstone).

Players can tackle this adventure by themselves or easily link up with friends and other players. Partying with friends comes with a number of bonuses and is pretty much required to tackle to heroic difficulties in most missions. Thankfully the game has an easy find party feature that will match you up with other players if you are short on friends.

Kings Road lets you take control of three standard character classes (knight, archer or wizard) as you adventure through a number of different environments and dungeons killing a good selection of enemies.

As you advance you’ll get levels to boost your skills, find loot to equip and build up your gold reserves to access some truly epic items. Loot in the game uses a rarity system similar to that of Torchlight or Diablo with different coloured items being more powerful than their standard counterparts. 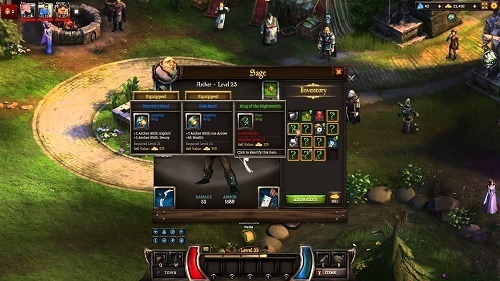 Between each adventure you can head back to town to sell your loot, accept new quests, purchase items or craft. Crafting includes things like weapons but also allows you to combine loot drops to create more powerful versions (mostly with food items), this can take several hours of game time though.

The game has plenty of places for you to commit money to the game but these definitely aren’t required and are mostly restricted to convenience items (such as increased bag and bank sizes). As a casual experience that you can pick up and play in short bursts Kings Road is great.

Games Finder is a Steam Curator and featured in the aggregate review scores data of MobyGames and Neoseeker.
FEATURED ON
Games Like Diablo, Games Like Dungeon Siege, Games Like Fate, Games Like Realm of the Mad God (RotMG), Games Like Torchlight
2 COMMENTS
LEAVE A REPLY Cancel Reply