Lost Saga is a fighting orientated game using a unique 3D view. Launched originally in 2009 the game has continued to evolve with new characters, game modes and an ever-growing community. 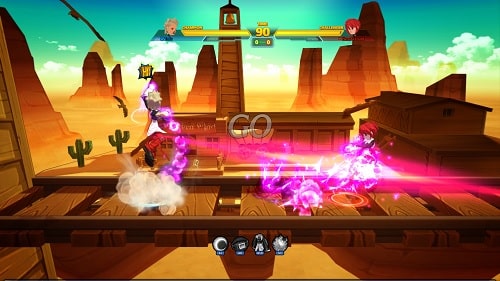 This fighting based brawler style experience is of course very PvP orientated with players selecting from a massive range of characters (over 60). With their own visual styles, skillsets and strategy the sheer number of options makes the Lost Saga universe a very attracting one.

Lost Saga adopts a simple to learn hard to master approach with a basic control scheme orientated around WASD with combinations of these keys combining for certain attacks and combo sequences. These combos can be expanded beyond your current character too with Lost Saga featuring a unique swap-in mechanic that allows you to swap between any of your heroes during a battle (your health remains unaffected as they share a single HP pool).

From mages to ninjas, pirates and sci-fi themed characters there is definitely something for all tastes. Unlocking these characters is an adventure in itself and is in line with other free video games that feature a vast array of heroes to choose from. You’ll get access to most for free for limited periods but permanently unlocks will cost you your time or some money from your wallet. This system also extends beyond simple heroes to equipment for your characters.

Game modes are almost as equally varied as the heroes with over half a dozen different offerings to keep things fresh and exciting. Game modes include a 8 player free-for-all, 4v4 team based action, a base protection mode, massive boss raids and co-operative crusades. 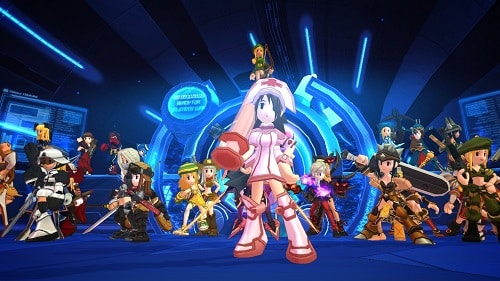 Regardless of the game mode you select players will gain character progression at every corner which allows you to spend stat points based on your preferred play style. This customisation depth also expands into the robust gear system.

Lost Saga is a brawler game at heart but with all the game modes and hero options it’s not shy to expand that definition beyond what you might expect.

This review was first published on March 12, 2014. Read our update policy to learn more.

Games Finder is a Steam Curator and featured in the aggregate review scores data of MobyGames and Neoseeker.
FEATURED ON
Games Like Dragon Nest, Games Like Elsword, Games Like Grand Chase, Games Like MapleStory, Games Like Ragnarok Online
LEAVE A REPLY Cancel Reply