Lunaria Story is a 2D side scrolling MMORPG with a very MapleStory feel to its gameplay. Lunaria was released in early 2013 and offers polished graphics with plenty of depth and options. 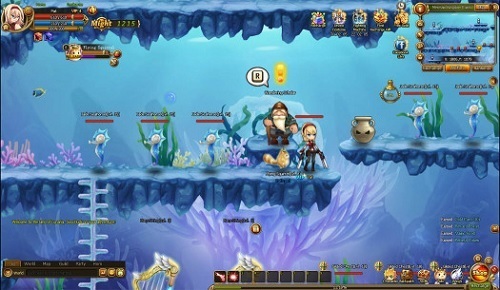 The backstory for the game world is a standard affair with gods, evil and power artefacts all making an appearance. While it gives some good context to the game world you won’t be concerned with the story much (like most games in the genre).

Players familiar with other 2D MMOs will quickly step right into the game. Newcomers won’t have a tough time either though with the very simple and casual approach to gameplay that Lunaria Story offers. In the game you can choose to play as one of three classes each with their own female and male version. Classes include a swordsman, elementalist and hunter.

While these class options are very simple they do have a very unique feel to them and a good number of skills available. Lunaria Story was definitely aiming for a quality over quantity approach to characters and there is a good chance more will be introduced in the future. 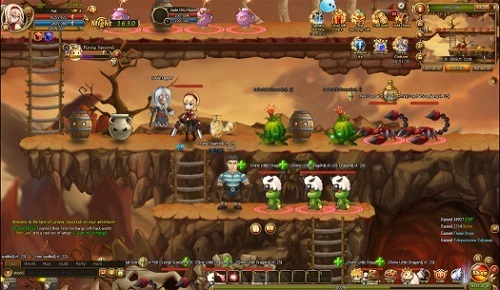 Beyond character choice players have plenty of options to create their own unique character with equipment and even pets which grow with the player and gain their own stats and talents throughout the game. Players can even merge pets together to create stronger versions of them which is a nice touch. Unfortunately there is currently very limited visual changes available outside of the cash shop so everyone ends up looking the same on the outside.

Lunaria Story also features a lot of automation allowing players to easily play the game while doing something else to help ease the grind aspect. There is lots of potential in Lunaria Story with the solid foundations it has already set and it will be exciting to be a part of it as it continues to develop.

Games Finder is a Steam Curator and featured in the aggregate review scores data of MobyGames and Neoseeker.
FEATURED ON
Games Like Grand Chase, Games Like MapleStory
LEAVE A REPLY Cancel Reply