Mixing the likes of first person shooting, vehicles and racing Metal Drift is a vehicle combat game for Windows available through the Steam platform. Set in an alternate future this primarily multiplayer game is all about large 6 on 6 battles. For games with less than 12 players the remaining slots are filled by bots. 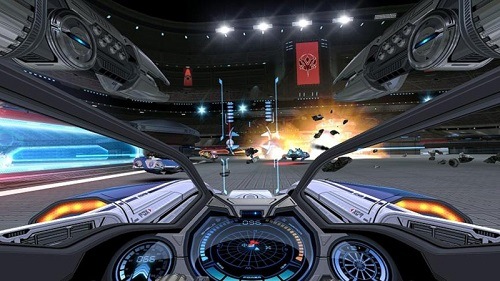 Playing similar to capture the flag players fight over possession of the game ball which is then used to score points in the opposing teams goal. In addition to focusing on this though players can gain a leg up on the other team by taking out their vehicles with the vehicle combat component of Metal Drift. Said vehicles are in fact high powered tanks which you control from your first person cockpit

Similar to Rocket League you’ll earn points for your actions inside each match. Actions such as kills, goals or assisting in either of these, there is also multipliers that activate on killing streaks. Unlike the cosmetics only approach of Rocket League though in Metal Drift you’ll instead earn new weapons and upgrades alongside cosmetics as you pass from level 1 to 40. All of these options are unique with the likes of stealth and massive cannons to mix and match for 56 deadly combinations. 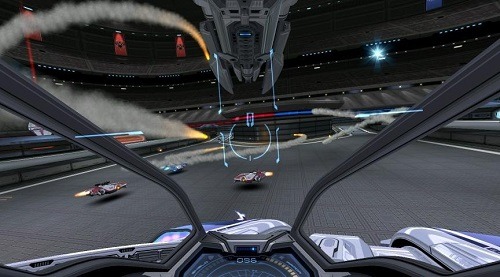 Single player is an available option in Metal Drift although doesn’t live up the the thrill of playing against others. These single player games throw in a few extra game options and allows you to practice across the 5 different arenas. It’s important to note though that this single player still requires you to be online.

Metal Drift is an enjoyable vehicle combat experience although let down by the fact that it never really took off and due to the age you’ll be hard pressed to get a full game going without friends or significant organisation.