Minions is unique in terms of the multiplayer online battler arena (MOBA) genre in that it is played online in your browser. 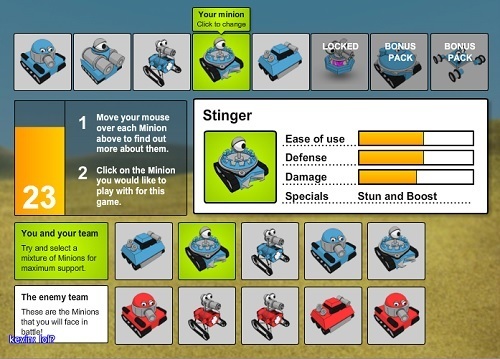 This means you can play the game anywhere you want or load it up on an old laptop if you are looking to kill some time. The game is completely free to play and was released in 2008 by David Scott and Paul Preece who are the brains behind a number of other popular Flash based games.

Minions is very popular having been accessed millions of times. The game’s accessibility is at the core of its success, because of the online based gameplay there are very few restrictions to being able to play the game. While this online environment limits what the game can offer in terms of features the game still manages to be very enjoyable and while it won’t replace any of the big MOBA games any time soon it’s a great casual way to get a fix of the MOBA genre.

Minions breaks the MOBA genre down into its simplest form with players being placed on the blue or red team and selecting from 1 of 8 different minions to control. From here players go about attempting to destroy the enemy base using their minion’s strengths and supporting their team. 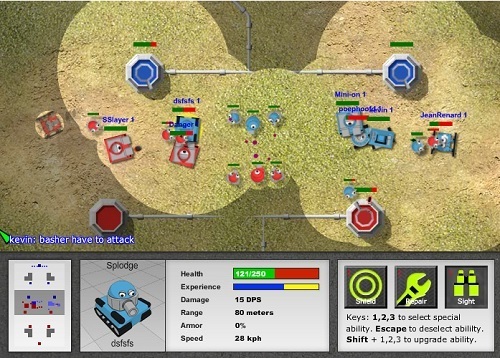 As the game progresses minions automatically generate experience with kills rewarding additional experience on top of the passive amount. Eventually your minion will level up to become more powerful like in most other MOBA games. Death in Minions is also quite forgiving with dead players turning into ghost versions of themselves, allowing them to still move around but unable to attack or be attacked.

The game might now have the flair of the big MOBA games available but the game is a fun experience to play from time to time and has particular appeal to gamers on an older laptop that are looking to kill some time and after a MOBA like experience.

This review was first published on January 12, 2014. Read our update policy to learn more.

Games Finder is a Steam Curator and featured in the aggregate review scores data of MobyGames and Neoseeker.
FEATURED ON
Games Like Agar.io, Games Like Dota, Games Like League of Legends, Games Like Slither.io
1 COMMENTS
LEAVE A REPLY Cancel Reply